The BMW M2 has 370 hp and the Mercedes-Benz A 45 AMG 381 hp, the latter has only two liters and four cylinders. Its maximum torque goes to 485 Nm and its acceleration from 0-100 km/h decreases by two tenths of a second, staying at 4.1 sec. The maximum torque delivery regime is surprisingly broad, as it is between 1,700 and 5,850 RPM. The top speed is electronically limited to 250 km/h, although we can optionally choose to increase it up to 280 km/h; in the absence of electronic limiter, this vehicle would be able to exceed 300 km/h comfortably.

In terms of the new European type-approval cycle (NEDC), the average fuel consumption is 8.3 litres per 100 km and CO2 emissions of 189 g/km, which means it avoids the maximum registration tax bracket. Consumption is slightly higher than in the M2 and the A 45 AMG in their versions with automatic transmission. This engine is, in my opinion, one of the jewels of the automotive industry and has been voted best engine of the year five times, which is not surprising when you look at its performance figures. 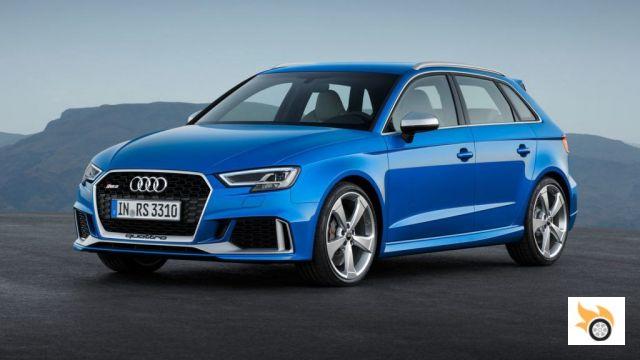 The rest of the car's mechanical components remain the same as the 2014 version. It is still associated with quattro all-wheel drive and the S tronic dual-clutch gearbox. As an option we can choose a team of ceramic brakes whose price is practically the same as that of a ... Dacia Sandero! a very high price but with which it gains greater effectiveness, especially if we usually put the car on the circuit.

As a curiosity, the Audi RS3 is the only production car with a wider tire width on the front axle than on the rear.

Aesthetically the changes will have to look for them with a magnifying glass. The new redesigned bumper provides a visual impression of greater width, forming at its ends narrow vertical openings that improve aerodynamics. We can equip the Matrix LED headlights, one of the best among those equipped with this type of technology. As in the new Audi A4, the TT, the VW Passat and many other innovations of the VAG group, the needles disappear from the dashboard in favor of a screen called "Virtual Cockpit", with specific functions for the RS version as the indicator of the turbo pressure or stopwatch.


As for driving assistants, incorporates the assistant driving in traffic jam Audi Traffic Jam Assist and Audi Emergency Assist, which is able to get to stop the vehicle if necessary, in addition to the Audi Cross Traffic Assist Rear, a system that detects vehicles circulating perpendicularly when we are leaving a battery parking. 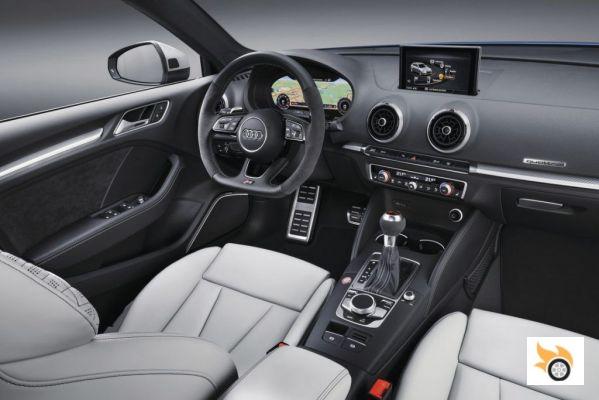 Audi R8 RWS: all the fun is left behind ❯