This great novelty is the Aston Martin Vantage, its front is inspired by the Vulcan and at the same time in other models from the world of competition as the Vantage V600, the DBR1 and to some extent in the DB10 designed for the James Bond saga. Its proportions are long hood and cabin almost on the rear wheels along the line of who transplanted its engine, the Mercedes-AMG GT. The chassis of the Vantage is an evolution of the aluminum chassis of the DB11 although its components are specific to the Vantage. 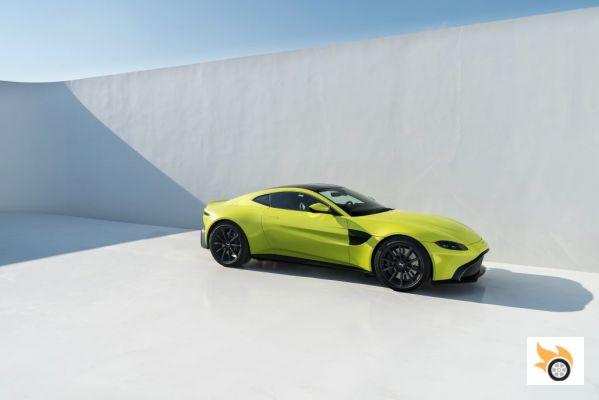 The choice by Aston Martin has been the V8 engine 4liters twin turbo Mercedes-AMG origin, this engine is associated with a ZF gearbox torque converter and eight relations which develops 510hp and 685Nm located as far back as possible to achieve an almost perfect weight distribution of 50:50. For many the incorporation of this twin-turbo V8 will leave a bad taste in their mouths but its figures are spectacular, it accelerates from 0 to 100km/h in 3.5 seconds and its top speed is 313 km/h. This time the new Vantage debuts an Electronic Rear Differential (E-Dif) which helps to digest the power of the engine to the corresponding wheels, unlike the typical LSD can go from fully open to 100% locked in a matter of milliseconds. 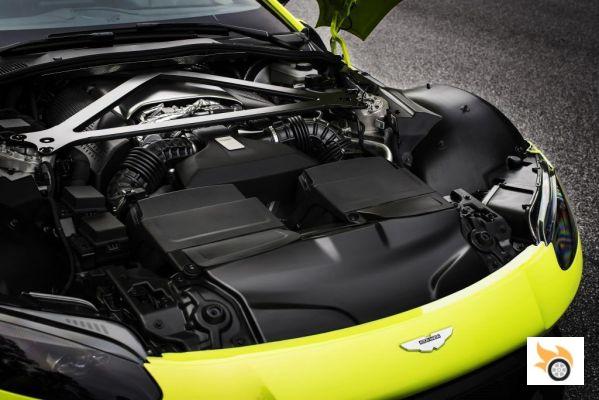 Inside, the dashboard design varies from the previous model, as it is not so minimalist. Its Mercedes-AMG-sourced multimedia system incorporates a central 8-inch LCD screen and several USB sockets. 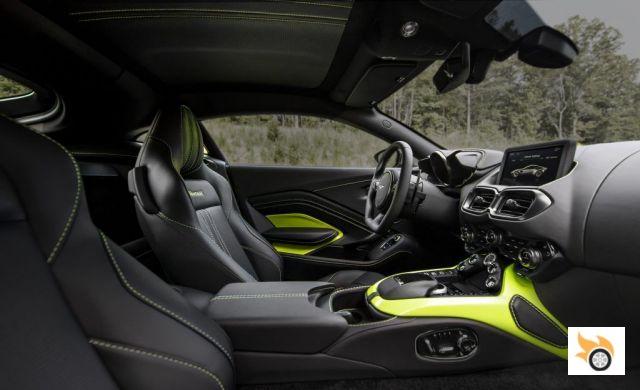