A Ferrari 335 S has been auctioned for 32 million euros.

Still above in price is the 1962 Ferrari 250 GTO, auctioned last year at the Pebble Beach Concours d'Elegance. Our protagonist has been sold in Paris, at the Artcurial del Rétromobile auction. It had been in the hands of the same person for 46 years, the collector Pierre Bardinon, who kept it together with about fifty racing Ferraris. 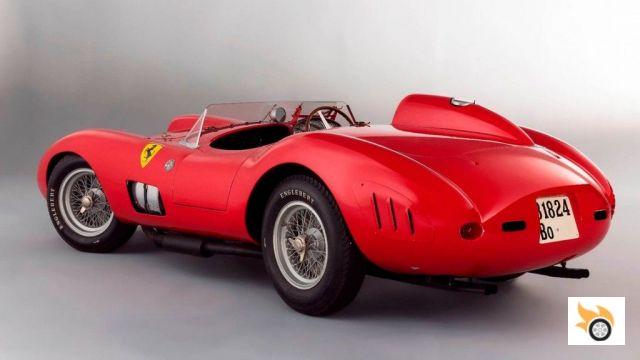 Its first drivers were Peter Collins and Maurice Trintignant, who took part in the 12 Hours of Sebring in March 1957. That year, Jean Behra and Juan Manuel Fangio won, at the wheel of a Maserati 450S. The Ferrari came in sixth place, ahead of the pair formed by Alfonso de Portago and Luigi Musso, also competing with Ferrari, with a 315S.

In May of the same year he competed in the Mille Miglia, with Wolfgang von Trips on his back, finishing second. His teammate, Alfonso de Portago, suffered a blowout when he was in third position, lost control of the car and crashed into the crowd, taking nine spectators with him, killing himself and his co-driver, Edmund Nelson, in the accident. It was also a 335 S.

Because of this accident, he did not compete in the 24 Hours of Nürburgring, investigators seized this and another 335 S.

In the 24 Hours of Le Mans, Mike Hawthorn was unlucky, as he was leading the race and the engine failed 56 laps into the race. In that race the displacement had been increased to 4.1 litres. For the first time, the lap time was under four minutes. On August 11, 1957 he competed in the Swedish GP, the 6 hours of Kristianstad, finishing fourth with Hawthorn and Musso, after suffering a fire. 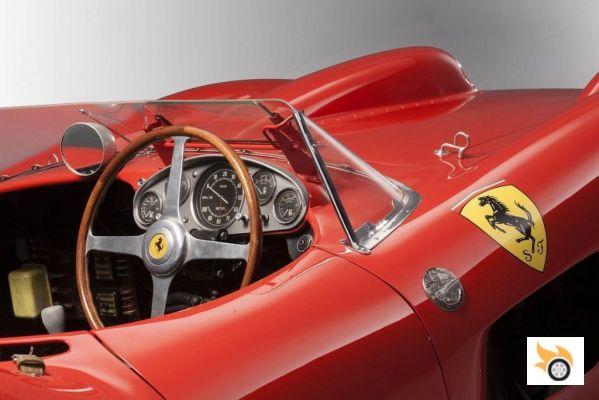 We go to the last race of the championship, the GP of Venezuela (November 3, 1957). Maserati and Ferrari were competing for the constructors' championship, but the competition was very unlucky. Ferrari made a full house, placing four cars in the first four places, giving the championship to the Maranello brand. Peter Collins and Phil Hill, with a 335 S, won. The #0674, which had finished second with Hawthorn and Musso, returned to Italy, where it received a new front end and a more modern engine, a Tipo 141 instead of a Tipo 140.

It was acquired by Luigi Chinetti, the first Ferrari importer to the USA, and founder of the North American Racing Team. Sir Stirling Moss competed with it, in the 1958 Cuban GP, a race won by the Briton. It was used in minor competitions in the area, until it was acquired in 1960 by Robert N. Dusek, an architect from Pennsylvania, who later sold it to Mr. Bardinon in 1970.


The destiny of this car could have been scrap metal, as it was out of date for future competitions. In 1981 it was completely restored in Italy, recovering the original nose. Unless the Ferrari bubble of that era bursts, if its new owner decides to sell it, he will certainly not lose money. There are plenty of photos of the car in question, both historic and current, on the Artcurial website. As a summary, we also have a video in which we will see the car in action... in its early years:

Does your car have TPMS or inflation pressure sensors? Don't rely on it ❯

add a comment of A Ferrari 335 S has been auctioned for 32 million euros.