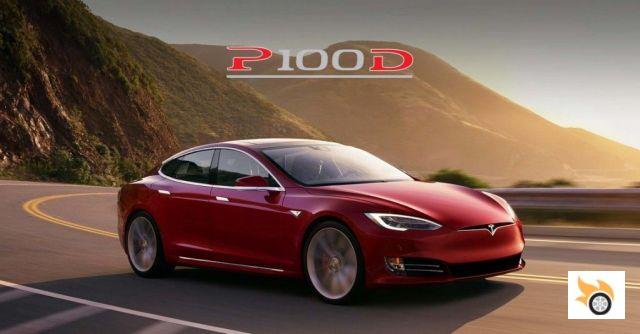 Unlike those supercars, the Tesla Model S produces no emissions, fits up to seven passengers, has more trunk capacity, all-wheel drive, the largest touch screen on the market, an unrivaled electric range and so on. Oh, and why not say it, both LaFerrari and 918 Spyder were "a little" more expensive than the Model S. The price for the Spanish market is around 120,000 euros, it is still a luxury car.

With 100 kWh of battery capacity, the Model S homologates in the American system more than 500 kilometers, and 613 km in the European cycle. Even if it's "only" 500 kilometers, that's plenty of range for long trips, although it takes a long time to recharge without a high-voltage, three-phase power outlet (at least 40 kW).

The Model X also benefits from this high-capacity battery pack, with 542 kilometers of homologated range according to the European system. Performance is still impressive, but somewhat worse because of the SUV's increased weight: 0-96 km/h in 2.9 seconds. It also accelerates like a supercar, but with the comfort and convenience of a body like the one you saw.