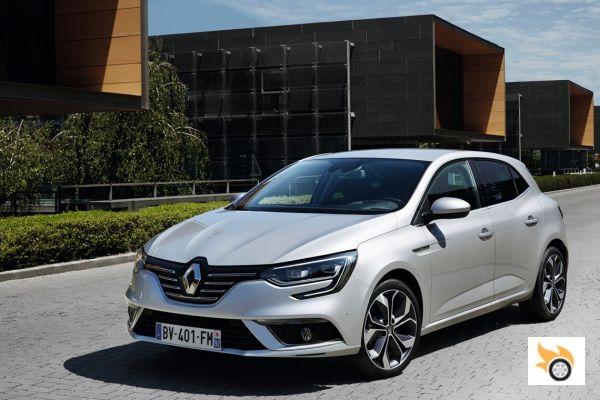 When it comes to renewing its best-seller, Renault has followed the trend and proposes a more conservative model that has nothing to do with the tortured shapes of the second and third generation Mégane. Even so, it retains that little bit of disconcerting touch that all Méganes had at the time of their launch. In the case of this fourth generation it's the treatment of the rear end.

With rear side windows that remind me of the A-Class, muscular Kadjar-like wings and rear lights that seem to keep the Renault rhombus in position there are a multitude of lines and layers that the eye gets lost in. Fortunately, live, the forms "work" well and does not become as heavy as it might seem in the photos. The front end for its part doesn't surprise us, as we've already seen it on the Talisman. 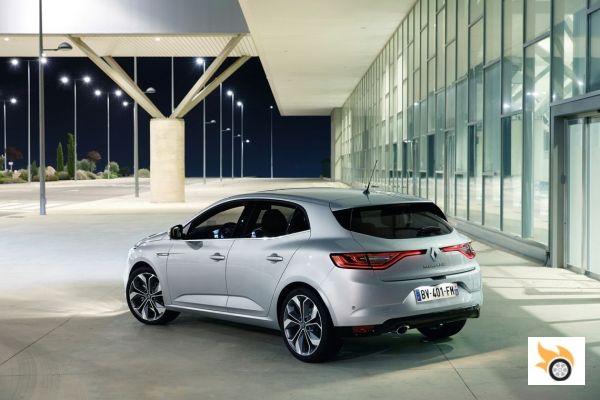 Like its rivals Volkswagen Golf and Peugeot 308, the new Mégane needs to have a more flattering road presence that expresses poise and robustness. How? By lengthening the car by 64 mm (it is now 4.36 m long with a wheelbase of 2,669 mm), widening the track (+47 mm at the front and +39 mm at the rear) and making the car a little lower (-25 mm).

Inside, we find a dashboard full of similarities with respect to the latest launches of the brand, such as the Espace or Talisman. For example, it also features the huge 8.7-inch touchscreen, at least in the most equipped versions. The digital instrument cluster comes from the Talisman. The 434-litre boot is a 30-litre improvement over the current Mégane and 54 litres more than the Golf.

The new Mégane shares its CMF-CD platform with, among others, the Renault Kadjar, Espace and Talisman. Thus, the Mégane has access to new equipment, such as the 4Control 4-wheel steering that we tested on the Espace and that the Mégane will be present in the GT finish developed by Renault Sport. The GT will be fitted with a dual-clutch automatic transmission with Launch Control and Multi Change Down function, which allows you to downshift several gears at once. (Let's hope its handling is more realistic than on the Espace).


We continue with the equipment. Renault will now offer the Mégane a color head up display, seats with massage function, adaptive cruise control and Multi Sense system, which allows you to configure various parameters of the car as the engine response to the accelerator, the firmness of the suspension or the vivavidad of 4Control. Depending on the finishes will be optional equipment or not. 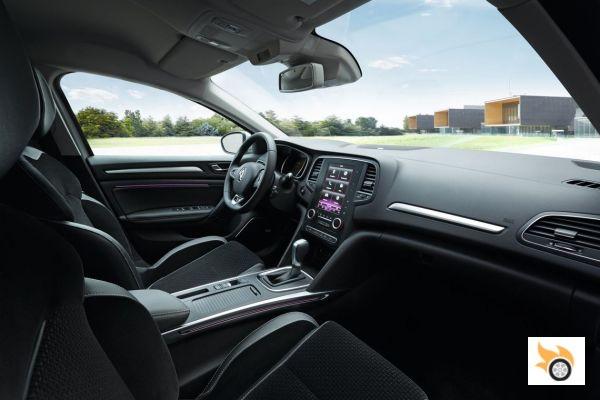 The range of engines will have four diesel and three petrol engines. In diesel the range consists of the 1.5 dCi 90 hp with manual gearbox, the same 1.5 dCi in 110 hp version with manual or automatic gearbox, the 1.6 dCi 130 hp and the 1.6 dCi in twin turbo version of 165 hp for the GT trim.


In the petrol range, the GT will be available with the 205bhp 1.6 TCe that we saw in the Clio RS and the new Espace. However, the 1.2 TCe in 100bhp and 130bhp will be the best-sellers in the petrol range.

Finally, Renault has confirmed that a diesel-electric hybrid version will arrive in 2017 with homologated CO2 emissions of 76 g/km and a homologated average fuel consumption of 3 l/100 km.

Prices for the new Mégane and a commercial launch date are not yet known. But we do know that the new Mégane will start production in Palencia at the end of this year or early 2016. 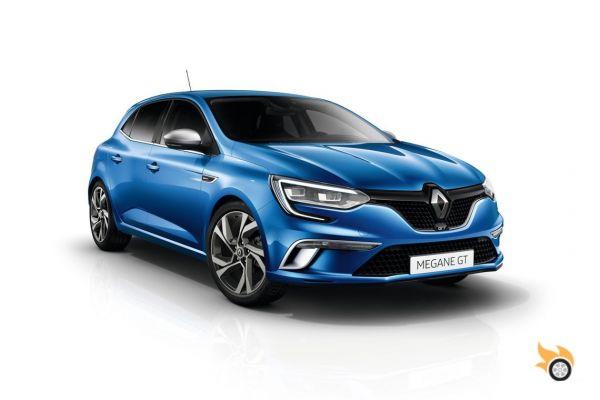