Opel Corsa F to be PSA-sourced 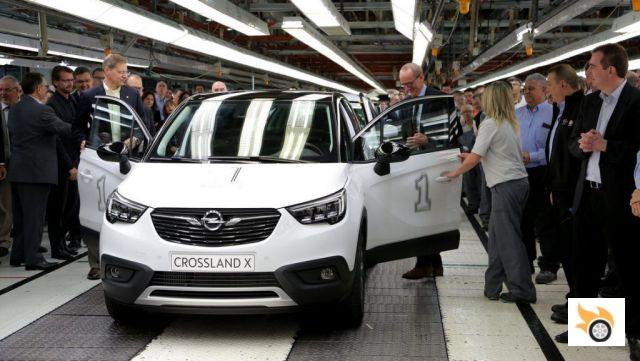 Therefore, the Opel Corsa will have more in common with the Peugeot 208 (or whatever the successor is called) than with the Chevrolet Aveo. Using PSA technology is easier to make money because you don't have to pay royalties to the former parent company. The Corsa will be the third joint development between Opel and PSA, after the Crossland X and Grandland X and the industrial Combo. There will be a few more to come in the future as Opel says goodbye to its hand-me-downs.

It will be manufactured at the Figueruelas (Zaragoza) plant by the end of 2019. Eisenach (Germany) will get the Mokka X in the next generation. Right now Figueruelas produces the Corsa and the Mokka, as the Meriva has just finished production, and the Crossland X just started series production today. For the production of the new model, 250 million euros have been invested in the plant.

The Corsa is a very important model. It remains the fourth best-selling subcompact in Europe, behind the Renault Clio, the Volkswagen Polo and the Ford Fiesta.


The new Renault Mégane diesel hybrid is due in 2017 ❯

add a comment from Opel Corsa F to be PSA-sourced