A few months after the scandal broke, Volkswagen, in collaboration with the Federal Transport Authority (KBA), prepared updates for the 2.0 TDI CR, 1.2 TDI CR and 1.6 TDI CR engines, in that order. These are the EA189 family, the first of less than six cylinders to adopt common-rail diesel injection after abandoning the legendary pump-injector (PD).

Recall that in all three cases the update consists of a reprogramming of the control unit, and in the case of the 1.6 TDI CR, a filter is installed in the intake. The upgrade is mandatory for the manufacturer... and also for the owners. The modification has the status of a "safety check", so it is not optional.

The German magazine Focus has published a document allegedly from the KBA. In it, the owner of a Volkswagen Amarok 2.0 TDI CR is ordered to inform the authorities if he has made the upgrade, otherwise he will lose the right to drive. Just like that.

The Amarok 2.0 TDIs were among the first vehicles to be fitted with the patch to reduce their nitrogen oxide emissions. The KBA has decided that they can no longer be driven with the cheat programming - it is considered a technical defect - and that the remedy has been available for a long enough time.

8.5 vehicles are affected by Dieselgate on the European continent, of which around 5.5 million have already had the update carried out at official service stations free of charge. For Volkswagen and its brands, it is mandatory to offer such an update. According to the KBA, it does not change consumption, reliability or performance. Volkswagen relies on this statement of the KBA to reassure its customers.

However, there is no such certainty, as several studies have shown before and after the programming. It is possible to find cases of a slight increase in fuel consumption -to make the combustion more complete-, jerks or unstable idling, the activation of the limp mode or a slight loss of the original performance.


We have said it many times, but we insist on it: you can't have a diesel engine that's clean, performing, reliable and economical (all at the same time). You always have to give something up, and the manufacturers have gone for the easy way... cleanliness, since it is the attribute that customers can sacrifice the most. Going backwards in other aspects is no longer so funny for them.

For the purposes of a possible claim, you should keep all the documentation in case you need it later. In the case of Spain, all legal claims will go through the Agrupación de Afectados por Volkswagen. In Spain there are 680,000 units affected. If the car is worse after the update, you can claim. If not, also. 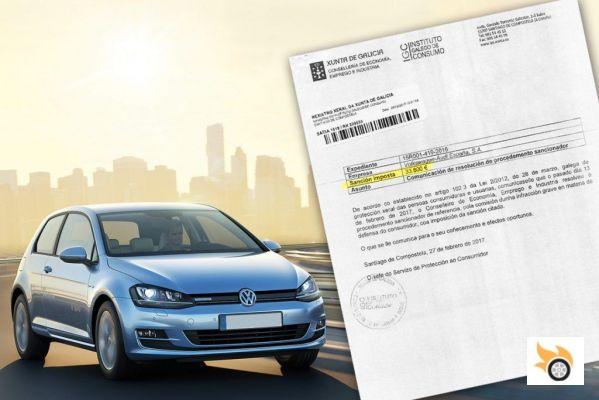 In Germany it is clear that it is mandatory. In other countries it depends on the local authorities. At the moment in Spain it is not essential to apply the update to be able to pass the ITV, but possibly the procedure will be changed so that the "tricked" TDIs do not continue to swarm around with the original programming.


According to the Agrupación de Afectados por Volkswagen, up to 20% of the value of the car will be claimed, and joining the litigation is free. The National Court already only recognizes this collective to claim to facilitate the legal process against the manufacturer. To date there is a trickle of judgments against Volkswagen in Spain, justice is beginning to give reason to the owners .

It is still uncertain what impact it may have on the valuation of the second-hand market that cars with TDI CR engines (EA189) after being reprogrammed.

add a comment from In Germany it is mandatory to pass the review of the Volkswagen TDI "tricked".