First official images and data of the Infiniti Q30

Despite fighting in the conservative premium C-segment (fiefdom of Audi, BMW and Mercedes), Infiniti takes a risk with a striking design and giving the Q30 an almost crossover look. In fact, it has a ground clearance of 17 cm (similar to that of a SEAT Leon X-Perience). Fittingly, it will be available with front and all-wheel drive, depending on the versions. The idea is to appeal to SUV buyers rather than the traditional compact customer, premium or otherwise. And is that in the background, a BMW 1 Series, an Audi A3 or a Mercedes A-Class are conservative proposals. 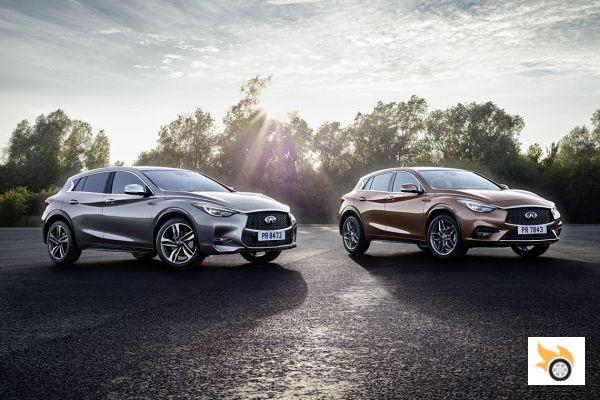 It's no secret, the Mercedes A-Class and Infiniti Q30 share the same platform and even many elements of the interior (parts of the dashboard, seats semibaquets). Logically, they will also have engines in common, such as the one that will complete the Q30 range. It is a 2.0-litre turbocharged 208 hp four-cylinder petrol engine that will be associated with a 6-speed manual gearbox or the 7-speed dual-clutch automatic transmission that also equips the A-Class, CLA and GLA.

The rest of the engines of the Q30 consists of two 1.6-liter petrol engines, 120 and 154 hp, and two diesel engines, 1.5-liter 107 hp and 2.2-liter 168 hp. Aesthetically, the more equipped and sporty versions will have a more urban and sporty look, while the others will highlight the adventurous look with small black plastic protections on the bumpers. (In the photos, the gray unit is the 2.0-liter turbo and all-wheel drive, while the bronze unit is the 2.2 diesel). 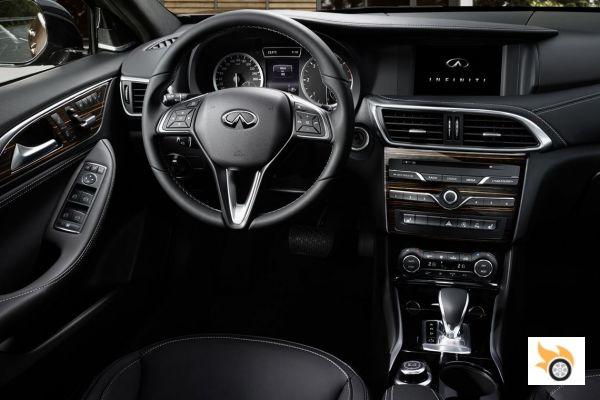 From the Mercedes A-Class, the Q30 also gets the McPherson strut front and multi-link rear suspension. Obviously, the suspension tuning is specific to Infiniti. Speaking of the rolling elements, the Hong-Kong based firm announces a soundproofing 10% higher than that of its best rivals. In the case of the 2.2 diesel (a notoriously noisy engine), the Q30 will be equipped with Active Noise Cancellation (the system emits low frequencies through the car's speakers to cancel out noise from the exterior and the engine). Similarly, on some trim levels, the Q30 will use Active Sound Enhancement to simulate a sporty sound. 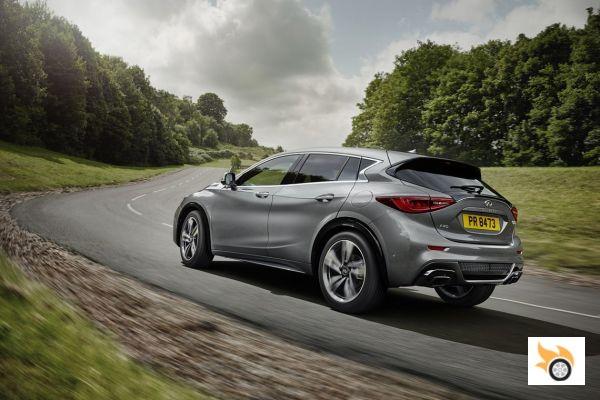 The Q30 will be the first Infiniti to be built in Europe, leaving Nissan's Sunderland factory in the UK. For Infiniti, the Q30 is a key model. In Europe (not counting Russia) Infiniti is not taking off. Between the lack of awareness of the brand among the target public, the lack of image in general and a distribution network that is still expanding, Infiniti needs a premium model that is more accessible than the traditional saloons (Q70 and Q50) and SUVs (QX70 and QX50). In that sense, the decision to share the development of the model with a manufacturer that has a platform that has proven to be a success and offers great versatility is a wise decision. 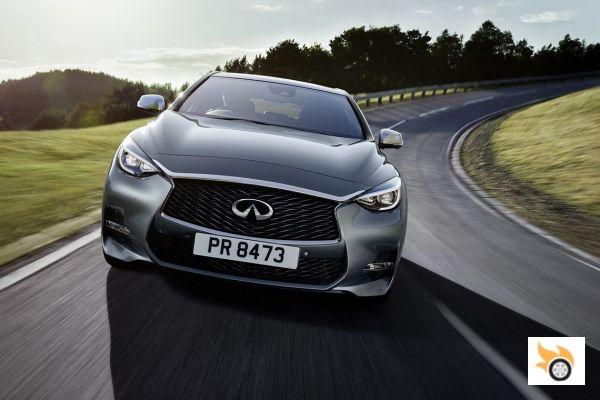 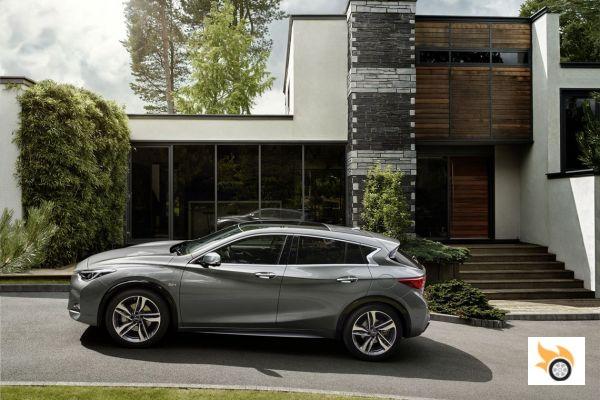 First images of the interior of the new Kia Sportage ❯