This model will also be manufactured in Spain, Aragonese hands will assemble it in Figueruelas, along with the Opel Crossland X. These two models share what is not obvious, and differ in what should be. No one will have the feeling of driving a car that has simply been rebranded. As on Citroën's other crossovers, the brand logo is at the ideal height to break a pedestrian's ribs, the headlights are in a second optical group, there are torpedo launchers under the front grille, plastic protections, a two-tone "floating" roof... but there are no airbags.

It will have up to 90 exterior color combinations (body, roof and contrasts) and five interiors.

A feature that its sister models do not have is the vinyl that can be applied on the integrated window of the C/D pillar that resembles a kind of curtain. The rear doors are a bit small, we will have to see how comfortable it is to place and remove child seats, something important in a model that somehow replaces the C3 Picasso (compact MPV). Also note that the black plastic protections make the 17″ wheels look visually smaller than they are; with larger wheels the brakes would look ridiculous. The rear is more differentiated with a more predominant bumper. 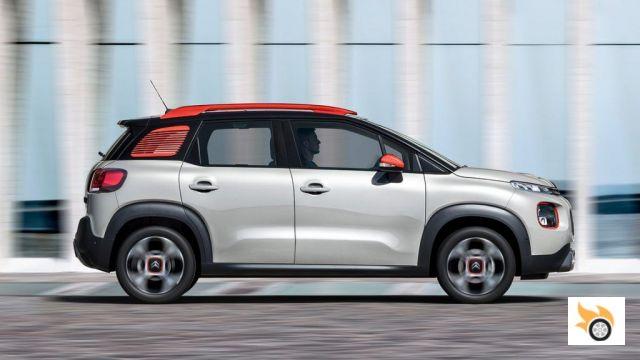 Inside we also find very familiar design language, and quite far from the more conventional one exhibited by its Opel cousin. Again we find motifs of leather goods (suitcases and the world of travel) and colorful. Compared to the C4 Cactus, the instrumentation is more conventional, and the central screen of the infotainment system is a bit low in such a modern car. These screens are supposed to be raised to reduce distractions. As for the instrumentation, it's a relative problem, as it's possible to equip this model with HUD and thus see information projected on the windshield.


The cabin seems spacious and comfortable, at least in height. Of course the C4 Cactus is, in the rear seats I have traveled in the center seat with two adults with widened hips, and not so bad. As for the boot, very generous, 520 litres in the most favourable configuration, with the second row of seats facing forwards. It has a double bottom in the trunk, if you fold down the second row seats can be a smooth surface. If you make the most of the space in the second row, the boot is 410 litres, which is not bad for a 4.15-metre car.

The front passenger seat can be folded down completely and has space for an object up to 2.4 metres long. If you look up, you can see a lot of light through the panoramic roof. In the rear seats, the light can be regulated by means of textile blinds. Storage space is plentiful; the front doors can hold 1.5-litre bottles, which is more than enough for long journeys. 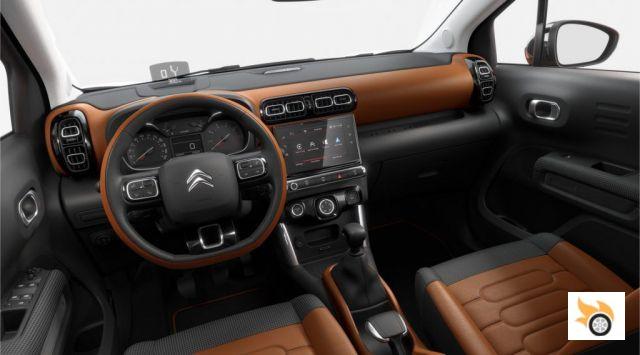 As for engines, no surprises: 1.2 naturally aspirated and turbocharged three-cylinder petrol engines (82-130 hp) and the familiar 1.6 BlueHDi (100 and 120 hp); all PSA, of course. There will be no all-wheel drive on this model, but there will be the possibility of intelligent traction control for its front axle. With the right tyres (the car in the photos has Hankook Kinergy 4S all-season tyres) it can handle muddy or snowy terrain, without forgetting that its natural habitat is the road.

Another available aid is the descent assist control, completely useless on asphalt, relatively useful on very uneven terrain. This assist simply controls the car to descend a slippery surface in a controlled manner, without the driver having to touch the pedals. It's a feature more common on SUVs than crossovers.

It will arrive at the end of the year, prices are not yet known, but the equipment available may be very generous in terms of active safety, technology and some cute or practical feature such as inductive charging of mobile phones. It will be curious to see how Citroën combines the sale of three models so similar. Certainly they are not exactly the same leagues or the same customers, but with cars with such a high irrational component, customers understand little of traditional segmentation. 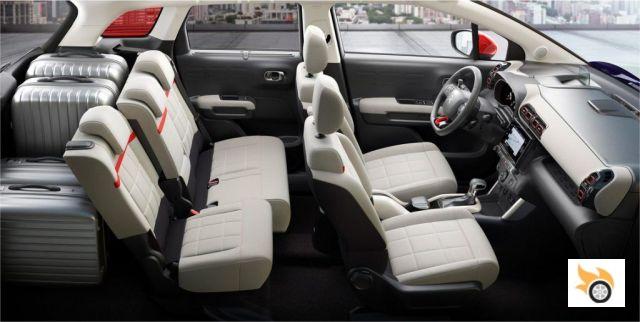 add a comment of Citroën unveils the C3 Aircross