Andy Wilman is no longer the producer of Top Gear. 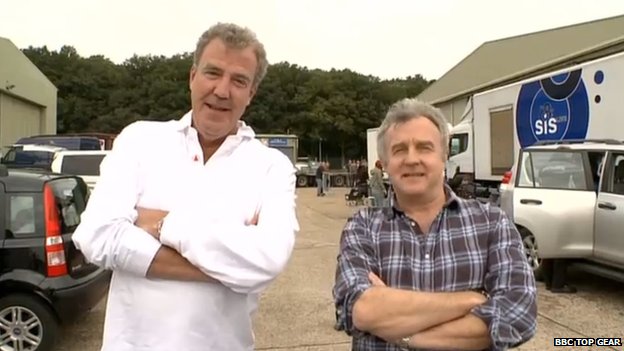 Then, following the departure of several of its producers and presenters, it fell out of favour, and was left with just over 3.5 million viewers in its home market. It was then that Jeremy Clarkson, who was already presenting the show at the time, joined forces with co-producer Andy William to pitch an idea to the BBC to transform the programme from a news magazine into a show packed with supercars, audio-visual and musical production unlike anything the BBC had ever seen before, and outtakes of humour.

The local success was immediate. The BBC, which makes its decisions by looking at the audience in its own country (it is its obligation as a British public broadcaster) was delighted to return the programme to its figures of six million viewers. As an added bonus, the advent of the Internet brought the show to global prominence. By the middle of the first decade of the century, the broadcasting of Top Gear programmes via the net made it the most widely broadcast TV programme on the planet, and the fame helped to create "the legend" of the skull and crossbones trio, and to make certain cable companies like Discovery or History Channel interested in acquiring the rights to the format, translating it or creating their own editions for other countries.

But, as you also know, Clarkson ended up fired from Top Gear (not the BBC), after throwing punches at a co-producer on what he himself described as "a bad day". Yesterday James May confirmed that he won't continue on the show without Clarkson, and well, he slipped in that Hammond won't either.

Without the skull and crossbones trio, the BBC confirmed that Top Gear will live on, but reinvented under a new format and a new presenting team. But more importantly, Andy Wilman, Clarkson's associate producer who reinvented the format of the show, is also leaving the BBC. This was confirmed by the British public broadcaster just yesterday.


So, without Wilman and Clarkson, not only does the BBC have the will to reinvent the format, but also the obligation, as a matter of intellectual property rights.


Interestingly, the British Telegraph caught Wilman going to dinner with his three friends from the skull trio. And of course, London is now a hotbed of speculation: are the four of them preparing a new project together on another network or a streaming channel, or just a dinner of old battle buddies? Everyone can draw whatever conclusions they want?

add a comment of Andy Wilman is no longer the producer of Top Gear.