Audi celebrates the 40th anniversary of its five-cylinder engine

Although there were several earlier prototypes, Audi was the first to mass produce a five in line gasoline, Mercedes was ahead in diesel two years earlier.

Today we will review the history of the five-cylinder engine Audi, a review of its modest beginnings, how it gradually drifted towards the performance, how it reached its peak in Group B with the Audi Quattro and what it is today: a peculiar and effective propellant capable of giving life to the most radical sports cars of the brand of the four rings.

The design of a five-cylinder has the advantage over a four-cylinder a smoother. As there is an overlap between the explosion strokes of more than one cylinder at a time, the balancing is superior. On the other hand, compared to a six-cylinder engine, it offers less internal resistance to movement due to fewer moving parts and their associated friction. It is suitable for both longitudinal and transverse installation.

As we mentioned a moment ago, this engine was introduced in August 1976 in the Audi 100 and was the first five-cylinder gasoline engine that was mounted on a street car. Known internally as Typ 43, was born to position itself above its predecessor in the market. According to its developers, the four-cylinder engines of the time were not suitable for this purpose. Therefore, in the early 70s Audi engineers considered the possibility of introducing five- or six-cylinder engines in line.

The latter were discarded due to the space required for installation and unfavorable weight distribution, so Audi engineers opted for the five-cylinder engine in line, based on a four-cylinder widely used by the Volkswagen group during the '70s. The five-cylinder engine derived from this family, with 2,144 cubic centimeters, yielded 136 hp at 5,700 RPM, without turbo. A modern injection system increased efficiency and power delivery.


Already in 1978, Audi introduced the first diesel version: a naturally aspirated engine with a capacity of two liters with an output of 70 hp, although in 1984 would have a supercharged version of 87 hp. 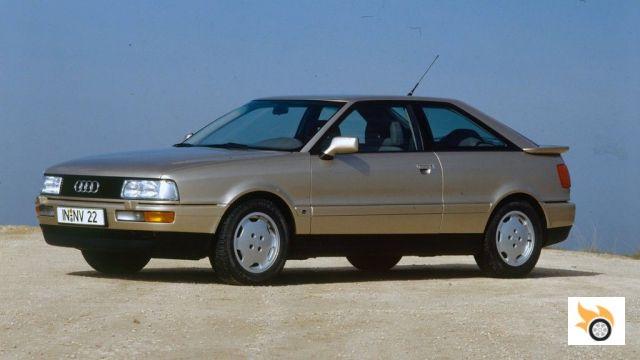 A year later, the first five-cylinder turbocharged gasoline engine made its debut with an output of 170 hp and 265 Nm of maximum torque. This version powered the then new top of the range, the Audi 200 5T, launched in 1980. From this year and this version, the foundations of the five-cylinder engine would be shaped as we know it today. Already at the Geneva Motor Show in March 1980, Audi would present the Quattro, derived from the Audi Coupe.

With him, his all-wheel drive, 200 hp and its derivatives of the world rally (A1, A2, Sport and S1), winning the world championship for constructors and drivers in 1983, Audi would forge the legend of the Quattro and its five-cylinder. With the Sport Quattro version Audi put on sale to the public the street version of its rally car, to homologate the latter. It had 300 hp under the hood, was 24 cm shorter, in addition to having widened tracks. Find one is really difficult, because only 214 copies were produced.

Despite Audi's withdrawal from rallying in 1986, there were other outstanding racing successes. In 1987, Walter Röhrl won the Pikes Peak hill climb with the Audi Sport Quattro S1. The racing car delivered almost 600 hp and managed to complete the American climb in 10 minutes and 47.8 seconds, setting a record at the time. And in the American touring car championship IMSA GTO, Audi stood out in 1989 with its staging by offering 720 hp and 720 Nm, with an engine capacity of just over two liters. 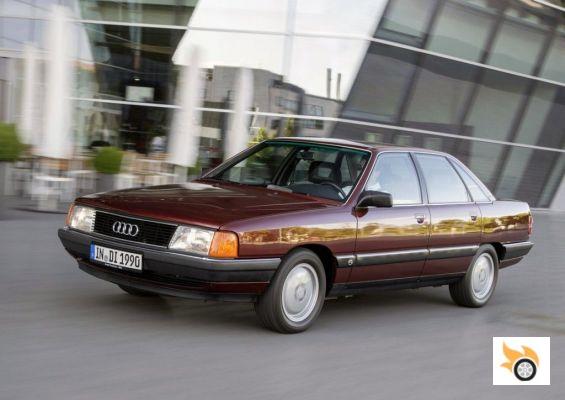 Audi presented another milestone in automotive history at the 1989 Frankfurt International Motor Show: the Audi 100 TDI. It was the first production car equipped with a turbocharged five-cylinder diesel engine, and the first equipped with electronically controlled direct injection. This engine, with a capacity of 2.5 liters, generated an output of 120 hp.

At the same time, Audi continued to refine its range of five-cylinder petrol engines. In 1994 came to market, with the help of Porsche, the Audi RS 2 with 315 hp. With the power of a racing car and a family body, it created a new segment and the RS division for the sportiest Audi. It took a few years until they returned to produce engines of this type.

In 2009, the German brand returned to resume the five-cylinder block, this time with turbocharging and direct fuel injection, installed in transverse position in the Audi TT RS. The 2.5-liter engine capacity yielded an output of 340 hp. It also offered exceptional performance in the RS 3 Sportback and RS Q3. The latter, with 370 hp, is the most radical compact SUV on the market. The TT RS plus, which Audi introduced in 2012, delivered an impressive 360 hp. Today, the 2.5 TFSI in the Audi TT RS makes 400 hp. Not bad after 40 years. 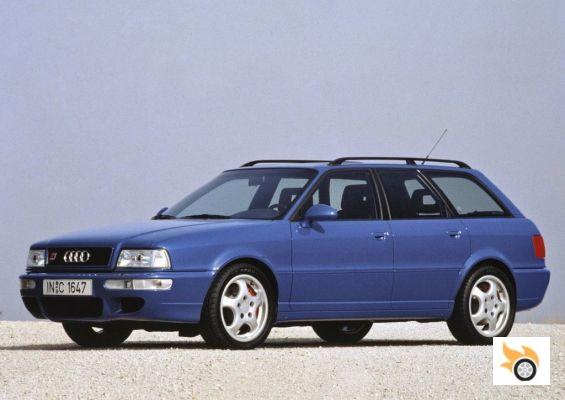 An international jury of motoring journalists has voted the 2.5 TFSI five-cylinder "Engine of the Year" seven times in a row since 2010. So there's little more to say than "long live the five-cylinder. However, very few manufacturers have gone for this design. Fiat, Volvo, Mercedes and Ford have even used it, and little by little they are disappearing in favour of the turbocharged four-cylinder, which is more compact and easier to comply with anti-pollution regulations.