520hp for the brutal Porsche 991.2 GT3 RS and its flat-six naturally aspirated engine

Available to order now ahead of a public debut at next month's Geneva Motor Show, the 991.2 model receives an additional 20 horsepower from a slightly modified version of Porsche's 4.0L "Flatsix" 6-cylinder increasing its engine to 520hp. This is the highest power figure yet for a naturally aspirated Porsche model and serves to distance the new 991.2 GT3 RS from the standard 991.2 GT3, which adopted the same 500hp engine evolution of the previous 991 GT3 RS when it was updated last year.

Porsche Motorsport doesn't reveal the engineering changes made to the 911 GT3 RS engine,

But it does confirm that the engine will go up to 9,000rpm and comes mated to a standard seven-speed PDK dual-clutch gearbox, with no option for a manual gearbox as in the 991.2 GT3.

This time the launch color is the "Lizard Green" a color that we are not yet convinced. 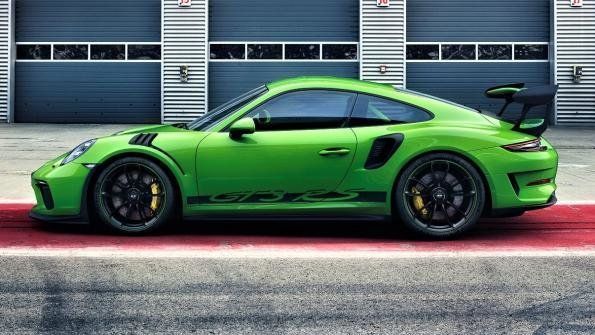 Among the chassis changes Porsche Motorsport has announced for the 991.2 GT3 RS ahead of US deliveries later this year is a recalibrated rear-wheel steering system. As with the old model launched in 2015, the suspension has improved steering precision. Wheels and tires are 20-in. and 265/35 up front and 21-in. with 325/30 profile in the rear. Overall, Porsche's new trackday machine is distinguished from its predecessor by a number of subtle aerodynamic and styling improvements. They include new LED lights set within a redesigned front bumper with new air intakes to more efficiently channel air to the radiators and front brakes. 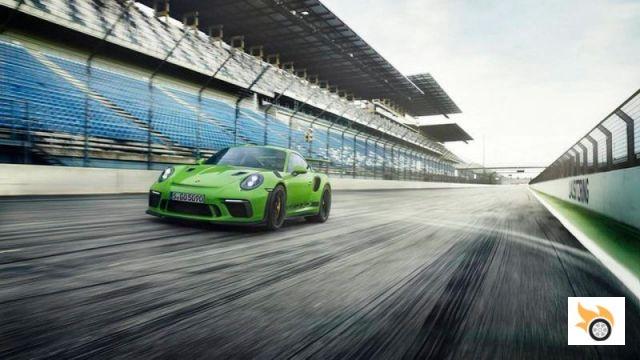 Behind the new 991.2 GT3 RS are the new lights from the 991.2 models and a new bumper with larger air extraction ducts and modified brackets for the new rear wing that appears to be larger than the previous generation. 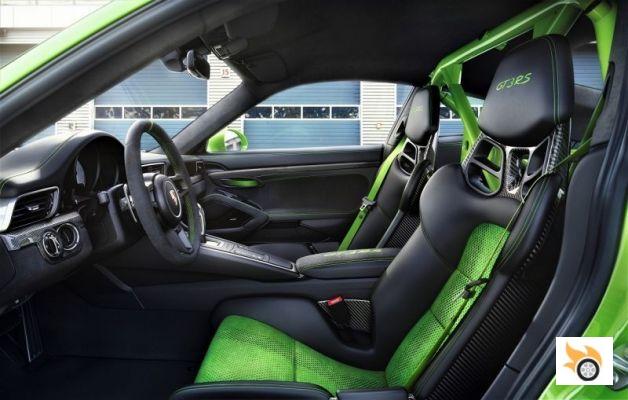 The interior remains very similar to its predecessor, with lightweight door panels, carbon "buckets" and weight improvements that include a reduction in sound absorption material and a new, lighter engine cover. All existing Porsche GT models, the 991.2 GT3 RS is sold with an optional Clubsport package. It consists of an aluminum roll cage, fire extinguishers and 6-point seat belts, which in our opinion is mandatory for a car like this.

What color would be your GT3 RS? We already know that ours would be in Miami Blue or Racing Yellow.

add a comment of 520hp for the brutal Porsche 991.2 GT3 RS and its flat-six naturally aspirated engine