The Rocket Bunny logo is that of a condom brand.

But what I hadn't noticed, and maybe you haven't either, is that their logo is... it's that of a condom brand.

While documenting for the Mazda special, we came across several photos of the RX-3 and other heavy artillery of the Japanese touring car championship, and a logo of a recurring sponsor caught our attention.

Curiously, since the seventies until now, Okamoto has changed its logo, but the Japanese, geeks like no other in any hobby they process, kept sticking vinyls of the Okamoto logo on their cars. So much so that when the TRA Kyoto people had to look for a logo they came up with this:

No, it's not chance, it's causality. The Rocket Bunny logo is a copy or homage, call it what you want, of the one used by Okamoto and that was stamped in so many racing cars.

So yes, if you are into Rocket Bunny and you end up buying one of their kits, you will already know something more about why their logo is the way it is. 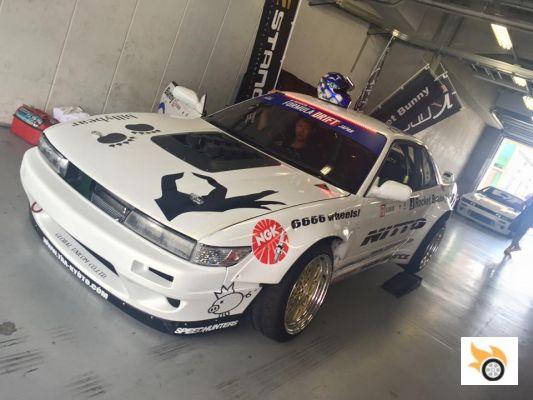 Lamborghini Aventador S takes off the roof in Frankfurt ❯

add a comment of The Rocket Bunny logo is that of a condom brand.