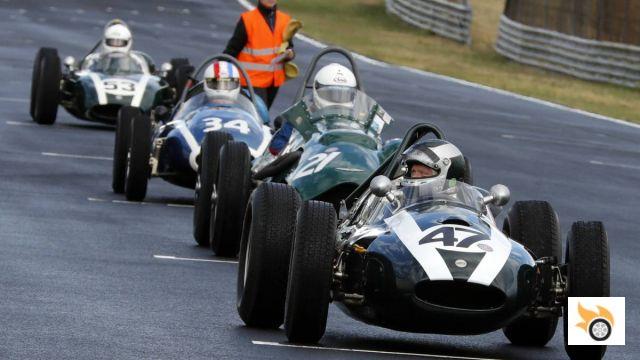 After the success of similar events such as the Espírito de Montjüic, this new event organized in the Madrid circuit wants to provide the fans with a new element to enjoy a mythical track such as Jarama.

Espiritu del Jarama will bring together the Formula 1 of the golden age of this speciality but also other high level historic races: Sports, GT, Touring Cars, Classics, legendary cars and single-seaters, all of this seasoned with a host of activities in the paddock (which will be literally dressed in period costumes for the occasion) aimed at all audiences, a spectacular environmental return to the golden age of motor racing. We will also be able to enjoy a touch of modernity with the participation of modern GTs, symbolizing the present and the past in this event of ode to motor racing.

But all those high-performance engineering works will not only be parked all the time, as they will be running around the circuit for most of the weekend. There will be a historic Formula 1 Grand Prix, as well as the Spanish F4 Championship, the Spanish GT Championship, the FIA Historic Sports Cars or the Iberian Classics Trophy, among others.

The price of the general admission ticket for Friday is 15 euros at the box office and 20 euros for Saturday and Sunday, although you can get a season ticket for the whole weekend from 35 euros or a family pack for 45 euros (valid for Saturday or Sunday for two adults and two children). If instead of buying the tickets at the box office you choose to buy them on the Web, there are discounts.


The plan for the weekend can be found here.