SEAT announces a third SUV, above the Ateca 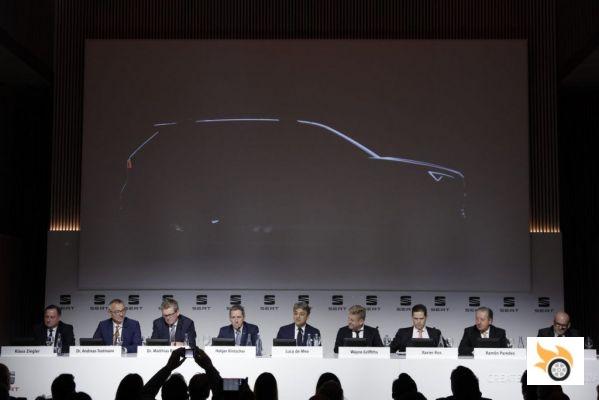 After the announcement of the launch of the Arona small SUV, which will arrive in dealerships in the second half of this 2017 and will be based on the platform of the Ibiza, SEAT announces us again the launch of a new SUV. It will complete the range above the Ateca and we still do not know the name, but it will be a Spanish city and will be the largest and most "luxurious" model of the brand. In a way it will replace the Alhambra, a very veteran MPV, but one that is selling better than ever.

SEAT's new large SUV is stylistically based on the SEAT 20v20 prototype, will be designed in Barcelona, but will be manufactured at Volkswagen's Wolfsburg plant; it will use the MQB A2 platform. In other words, it will be genetically very similar to the Volkswagen Tiguan Allspace (the long one) and the Skoda Kodiaq. With this launch, the Spanish brand aims to continue strengthening its growth in the coming years, improving on the profitability obtained in 2016, which was the best in the brand's entire history, with a profit of 143 million euros. SEAT has sold more in the past, but has not made as much money.

At the moment SEAT has not provided more details of this future model, we assume that in a short period of time we will be clearing more doubts. Knowing the cousins of Volkswagen and Skoda few surprises we will find in terms of engines, technology, equipment, connectivity and even design. We would have liked to announce that this model is awarded to a Spanish factory, but the VAG Group has preferred to concentrate volume to prestige models, having given qualities worthy of Audi with the Q3 and Exeo.

add a comment of SEAT announces a third SUV, above the Ateca