The first thing we have to remember that this model is being manufactured in the plant that Opel has in Figueruelas, Zaragoza. After bringing the original production that was located in South Korea. This renewed model will continue to be manufactured in the same Spanish plant, a very important asset for Figueruelas by the volume that is generating work. Currently the Opel Mokka was selling very well, but Opel has not waited for a decline in sales due to product exhaustion and has opted for a restyling. 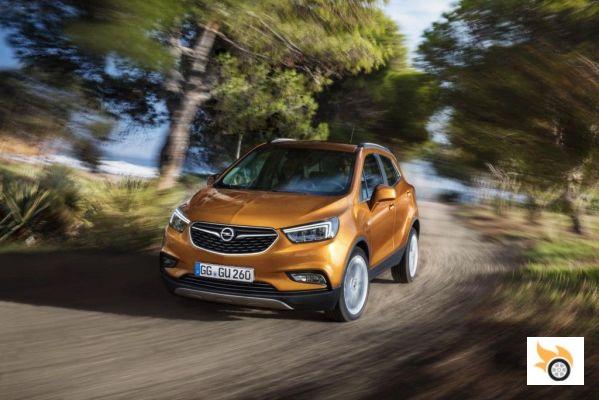 Externally we find a new grille where the brand logo is placed "freer", has less aesthetic burden around him. It also has new optics that gives the whole more sporty and add the adaptive Full LED technology, along with the front camera system Opel Eye last generation. At the rear are new optics of new invoice, the rest of the elements are virtually the same as the current Mokka.

The interior has received a breath of fresh air. The dashboard design reminds us powerfully to the new Opel Astra, a fluid and simple design that seeks to adapt to the tastes of the occupants of the vehicle. The number of buttons has been significantly reduced and the use of its systems is now more intuitive. 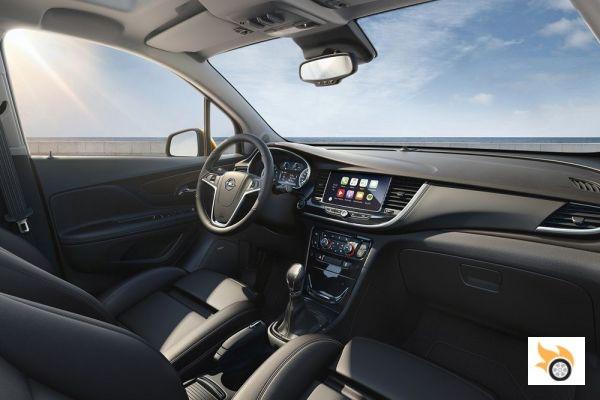 Crowning the dashboard we find a 7 or 8-inch screen (depending on the version) where the infotainment system resides, which we recently got to know up close in the new Astra. A system quite intuitive and easy to use, and fully compatible with IOS and Android. In addition, this new Mokka receives Opel's personal assistant system, known as Opel OnStar.

In the engine section, highlights the new mechanics 1.4 turbo petrol 150 hp linked to the 6-speed automatic gearbox and an all-wheel drive system. According to the manufacturer's homologation, this version offers an average fuel consumption of 6.6 liters per 100 km.


The new Opel Mokka X will be officially presented at the Geneva Motor Show, which opens next month.

add a comment of New Opel Mokka X, the lightning brand's B-SUV gets a facelift