NEVS is back with new electric 9-3s

NEVS will supply electric versions of the Saab 9-3 (prototypes of which were first shown in 2014) for a car-sharing program in the Chinese city of Tianjin starting next year, which also happens to be the location of the factory.

NEVS owns the former Saab factory in Trollhättan, Sweden, but most, if not all, of its cars will likely be produced in China

However, NEVS claims that the 9-3 is a car "based on more than 70 years of Saab Automobile's engineering experience" in its press release, and brings together the "Swedish heritage" of the design. That's a polite way of saying that this 9-3 is the same General Motors-derived model that Saab stopped building when it filed for bankruptcy in 2011, dating back to 2003. Of the General Motors technology they have nothing left. 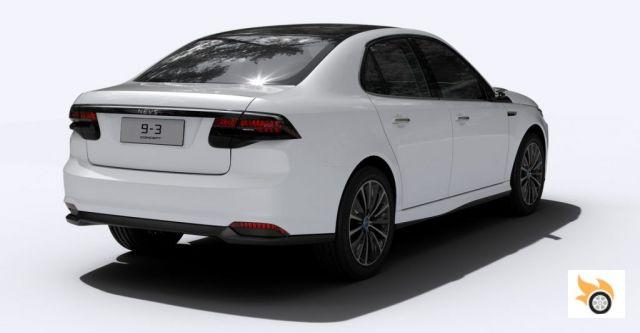 Changes include an electric powertrain that NEVS says will provide up to 300 kilometers of autonomy. The car also features on-board Wi-Fi and a "world-class" cabin air filter, which will likely come in handy given China's notorious air pollution. The brand claims these new-generation ACAC (Always Clean Air Cabin) particulate filters for the cabin. These filters are considered the most effective on the market and are capable of removing most of the particles harmful to health in less than a minute.

NEVS will build the electric 9-3 as a sedan and a 9-3X as an SUV. NEVS describes the latter as a new model, though it looks a lot like the last 9-3X, which was essentially Saab's answer to the Volvo Cross Country models

In addition to the Tianjin distribution scheme, NEVS claims to have over 150,000 orders from various Chinese companies. NEVS also has an agreement with the Turkish government to license production of the 9-3 in Turkey. For now, the design is old (though appropriately updated), and in the hands of a company with no experience building cars. But even on that fragile premise, NEVS could still be a success in China. The Chinese government's aggressive promotion of electric cars means that virtually any company selling them there has a chance.