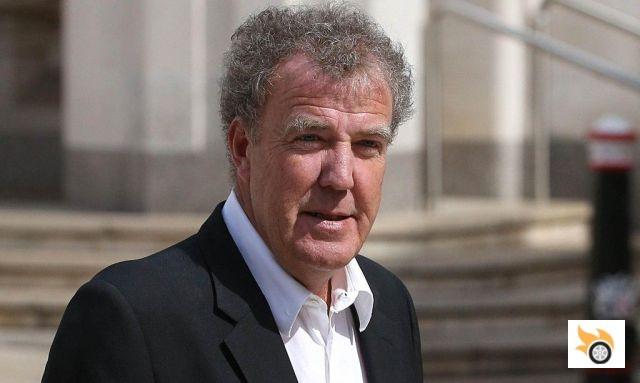 Without seeking any justification, he simply relates how he feels and what led him to that situation. And that in a person like Clarkson, who is apparently arrogant, is tantamount to apologising without saying so clearly. An apology that is addressed both to Tymon, to the BBC and to his audience, especially his audience. In fact, he begins his column by explaining: "after losing my mother and my home [he has been through a divorce], I focused vigorously on my work and now, stupidly, I managed to lose that too".

As always in these cases there is no single reason. For the former Top Gear presenter, the incident happened "on the most stressful day of his 27-year career at the BBC", but he acknowledges that "some people cope with stress better than he did".

Clarkson explains that on that day, while filming an episode of Top Gear with an audience, everything went wrong. In his column, the 55-year-old chain-smoker wrote: "Two days before the incident, my doctor told me - sternly - that a lump on my tongue was probably cancer and I should have tests immediately" (...) "But I couldn't do that. We were in the middle of a season of Top Gear. And Top Gear always came first.

After the incident, the lump turned out to be benign, but the bad for Top Gear as we knew it and for poor Tymon was done. Clarkson regarded the show as his baby and announces, "I'm going to have another baby. But I can't tell you what it's going to be like." Is he already preparing a new show with his two acolytes? Anything is possible. On Sunday, Richard Hammond posted a long video to explain that he was bored. The strange thing is that the production, the script and the final joke, are clearly reminiscent of Richard Hammond's "Hamster" character in Top Gear. (In case you have 10 minutes of your life to waste, here's the video at the end).