Payback promises the same kind of car fetish that previous Need for Speed games had, but also adds a more significant story element, with the "blockbuster" storyline seemingly "fueled by a thrilling tale of betrayal and revenge". Instead of participating as nameless racers, players of the new Need For Speed will sheathe their hands in the gloves of three characters: Tyler, Mac or Jess, ("The Runner", "The Showman" and "The Wheelman" are their nicknames respectively).

In the words of Marcus Nilsson, Executive Producer of the game, "Need for Speed returns this year to challenge the expectations of our fans. With this title we'll give our fans everything they love about the franchise: deeper customization, a wide range of cars, intense racing and open-world chases.

This trio is up against "The House," a cartel that controls everything in the city of Fortune Valley, including its cops and casinos. The new Need For Speed Payback also has a renewed focus on customization where EA says it will let players be able to modify their cars in a unique way.

It will be available for Xbox One, PS4 and PC on November 10. If you pre-order the video game, you'll receive Need For Speed Payback Platinum Car Pack and exclusive access to five custom cars from launch, each with the blue Platinum wheel smoke. The pack includes: Nissan 350Z (2008), Chevrolet Camaro SS (1967), Dodge Charger R/T (1969), Ford F-150 Raptor (2016) and Volkswagen Golf GTI Clubsport (2016). If you decide to opt for the Need for Speed Payback Deluxe Edition, you'll get three days early access to the full video game, along with an exclusive range of customization pieces like the Deluxe Edition License Plate and or NOS color, in-game discounts, reputation bonuses and more. 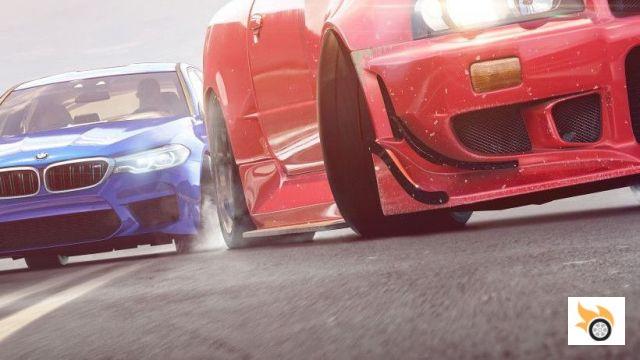 I think I saw a nice BMW M5

Let's take a closer look at the cover of the video game. It shows a Nissan Skyline R34 GTR with a 2Fast 2Furious style C-West kit in the foreground, flanked by a classic car (a '57 Bel-Air with off-road preparation, correct me if I'm wrong) and... The new BMW M5? It seems so, it has been leaked. The grille, the aggressive front bumper, the M logo...everything seems to match.


Recall that the BMW M5 won't be unveiled until the Frankfurt Motor Show and will feature a 4.4-liter TwinPowerTurbo V8 engine with an expected 600 hp, which will be sent to all four wheels via BMW's xDrive system and an eight-speed automatic gearbox.