The DS 7 Crossback is the first in what will quickly become a series of new DS models. A small SUV and a large saloon will be among them. It's less than two years since the PSA Group split DS into a separate third brand above Peugeot and Citroën. PSA is determined to portray its new brand as a premium player, and the styling of the DS 7 Crossback has some cues that denote a more luxurious feel, most notably perhaps in the similarity of the grille and trunk door to the Audi Q5.

The unit shown in the images correspond to the launch edition, called "La Première".

DS says all models will have high-end materials in their interiors, as well as the potential for personalization. The interior is covered with high quality noble materials such as Nappa leather, polished aluminum appliqués or the elegant B.R.M. clock located in the center console above a large touchscreen that, although we do not know the official size, could be around 12 inches. 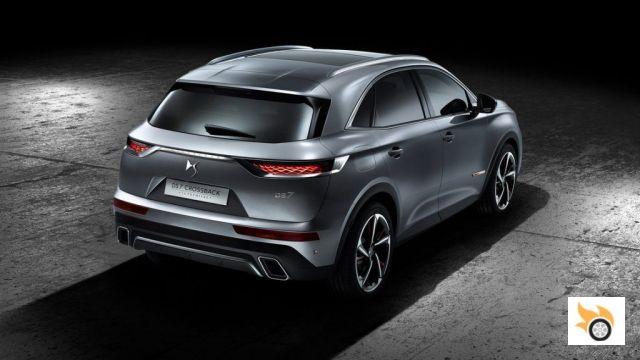 According to Citroën, passenger space in the Crossback 7 is generous in both the front and rear, and, optionally, the rear seats can be electrically tilted.

It will be available with a 180bhp 2.0-litre turbocharged four-cylinder diesel and 225bhp petrol. Both engines will come with a new eight-speed automatic gearbox.

It will be available initially in Artense Grey, Pearlescent White or Pearl Black. The new 20-inch "PARIS" alloy wheels add an extra touch of exclusivity and sportiness. For its part, the technological equipment will place the new DS 7 Crossback at the forefront of its segment as it will be equipped with such interesting systems as the semi-autonomous driving system DS Connected Pilot, the DS Night Vision lighting system or the DS Active Scan Suspension.


The new DS 7 Crossback will not arrive in dealerships until next year 2018. However, the special launch edition can be booked online from March 7 in France and Switzerland. To do the same in Spain we will have to wait until April.


Those who want to "sit in the driver's seat", appreciate the exterior colors available or discover its exclusive equipment, can immerse themselves in the universe of exclusivity of this model in the virtual world. The vehicle will be visible down to its smallest details through the DS Virtual Vision virtual reality experience, installed in DS Stores.

add a comment of DS 7 Crossback, the SUV that DS needed