Volkswagen has cheated with its Clean Diesel in the U.S., and it will cost it dearly

These engines require a diesel with low sulphur content, known over there as ultra-low-sulphur diesel (ULSD), to produce lower emissions of sulphur oxides (SOx), responsible for the generation of acid rain. The Environmental Protection Agency (EPA) and the California Air Resources Board (CARB) require cars marketed in the United States to comply with emissions regulations through a type-approval process, similar to the NEDC cycle for the European Union.

Problem? The EPA and CARB have caught Volkswagen cheating with its 2.0 TDI Clean Diesel engine (140-150 hp), which only meets emissions standards while performing a specific driving cycle, similar to the type-approval cycle. In other words, the engine only legally complies with the requirements when he knows he is homologating, the rest of the time his emissions are above the limits. This is a violation of the Clean Air Act (CAA).

This, as more than one would have guessed, is illegal, and Volkswagen could be in for a historic "package". In the European case, don't ask me why, specific programming is allowed in the type approval process. Outside the homologation cycle, it doesn't matter. We explain this issue in more depth in an article by Guillermo, a must read. 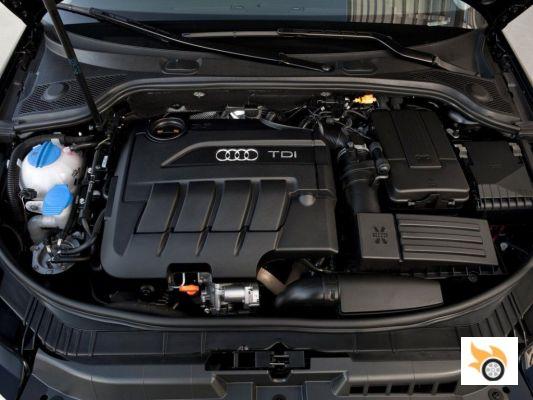 The ICCT is uncovering the shames of modern engines

The homologation cycles are intended to ensure that the consumption announced to consumers allow them to choose the car they are going to buy, and in turn, check that the legal limits of emissions are met. In the latter case, we are talking about a public health issue. Everything other than carbon dioxide emissions (CO₂), which cause global warming, are harmful to health. Then there is water vapour (H₂O), oxygen (O₂) and nitrogen (N₂), which in their normal molecules are harmless gases.


The main pollutants emitted by engines are unburned hydrocarbons (HC), particulate matter (PM), carbon monoxide (CO), nitrogen oxides (NOx) and sulfur oxides (SOx). The EPA has pointed out that 2.0 TDI Clean Diesel engines can emit up to 40 times more NOx than the regulations allow, and that the manufacturer, in addition to paying an astronomical fine, will have to ensure that the limits are met in all circumstances, not just when the engine "knows" it is passing an approved emissions cycle.

The International Council on Clean Transportation (ICCT) has highlighted in various reports that manufacturers are taking the authorities for a ride, putting cars on the road that only meet emissions limits on paper, and in the real world are polluting above the permitted levels. This problem, called "cycle beating", not only occurs in the European Union, but also in the United States, although in a more disguised way.

The infographic above, for the European market, shows how current Euro 6 cars do not even meet the limits set for Euro 3. In the case at hand, the 2.0 TDI Clean Diesel engine has a specific programming to meet the limits when it is homologating. And why doesn't it consistently meet the limits? Probably the power delivery would have to be significantly limited, it's something that hasn't been clarified yet.

The EPA has learned about all this through a joint study between West Virginia University and the ICCT, which reveals that there is a "defeat device", that is, any artifice to hide non-compliance with emissions regulations. Volkswagen of America has acknowledged the existence of this device, they have not played dumb.


Clean Diesel 2.0 TDI engines have been installed in the following models, and we are talking about 482,000 units:

There is also a 3.0 V6 TDI Clean Diesel engine, which the EPA has not referred to.

Unlike in the European Union, where we are not talking about penalties or recalls, in the United States things can get very ugly for Volkswagen of America. To begin with, we are talking about a penalty of up to 37,500 dollars per vehicle, a figure that exceeds the price of many of these cars. On the other hand, the arguments that are used in advertising better be adjusted to reality, the American legal system is that nice. 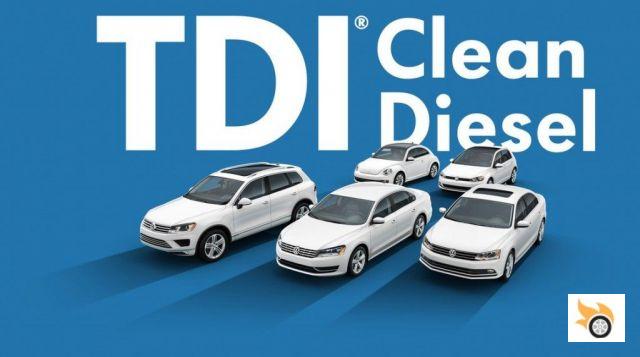 A simple multiplication brings us to the figure of 18 billion dollars, or 18 billion $USD.

That figure leaves the fines to Toyota for the Pedalgate case at the level of small change, the thing did not reach 100 million dollars. But wait, the story goes on. Consumer Reports, the most influential independent publication in the market, has withdrawn the "Recommended" status from two models until they are recalled and modified to meet standards. Consumer Reports has succeeded in forcing more than one manufacturer to conduct multi-million dollar quality and safety recall campaigns.

Class action suits may start raining down on VAG for misleading advertising, loss of residual value of the cars or other economic damages. Let's assume that VAG checks all these cars and forces them to comply with the regulations in all other driving situations. That would probably mean a loss of performance or an increase in diesel consumption, which would hit the owners' wallets.


After all, these engines have been advertised as "Clean Diesel", i.e. clean diesel engines, in a country that did not want to know anything about petrol engines for quite some time. The sales arguments were, among others, their generous torque and fuel economy. Americans are real lovers of torque, and the 350 Nm of these engines can rival, with due punctuation, some muscle cars of the 70s. That's what Chevrolet did with the Cruze Clean Turbo Diesel, comparing it to the 1972 Chevrolet Camaro Z28. With two bearings.

Take a look at the ad, it's not wasted. It's part of a chain of ads called "Old Wives' Tales", in which they discuss the clichés of Diesel engines, such as that they are noisy, dirty...

By the way, Volkswagen of America has removed these and other ads related to their Clean Diesel models on Youtube, which can still be seen on unofficial accounts, such as the example I brought you. A bad decision or a good one? In my opinion, useless, having copies of these videos can instigate curiosity to see them, the forbidden and hidden always attracts more.

Volkswagen says on its website that it has sold more Diesel engines than all other brands in the North American market combined. And they may be right, but it's going to backfire. In fact, a lot of debate arose pitting the miles per gallon of the Clean Diesels against those made by hybrids from Toyota, Honda and other competitors. Eastern manufacturers, almost all based in the country, are known for making the most economical engines, and VAG wanted to make their mark.

The 3.0 V6 TDI Clean Diesel engine uses a different technique to reduce NOx emissions, selective catalytic reduction (SCR), which requires the use of an additive, urea or AdBlue. The 2.0 TDI Clean Diesel does not, they use a different system, the NOx trap, which is supposed to neutralize the nitrogen oxides with chemical reactions that do not require additives, just a lot of heat. If you're interested in the subject, in the presentation of the Nissan Pulsar Euro 6 we go into it in depth.

This is done for cost reasons, the SCR technique is not used in compact or subcompact models, it is used in sedans and SUVs because of their greater weight. Is Volkswagen going to implement the SCR in its 2.0 TDI? Neither I see it viable, nor I think any engineer, it would be too expensive conversion. It is much cheaper to cap the engines to comply with the regulations, and shut up the customers who sue them with compensation. 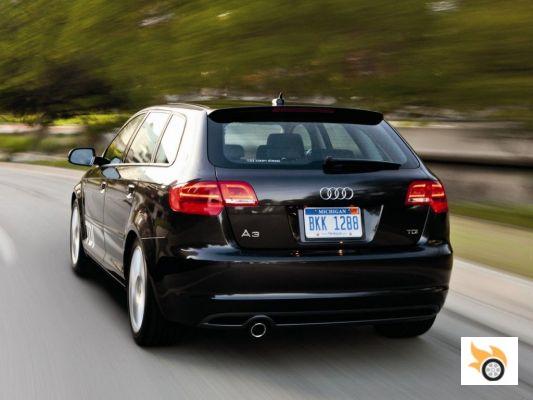 In its day, Ford made the same calculations, it was cheaper to pay compensation for the Pinto gas tank, than to undertake reforms in hundreds of thousands of cars. It is a form of dubious ethics of car companies that is not only Volkswagen's heritage. What's more, I'm sure Volkswagen won't be the only manufacturer to get in trouble with the EPA for cycle beating, and I don't want anyone to think I'm singling out any one manufacturer.

Once again, we see how in the United States things are done more seriously, and when a wayward manufacturer defies the law, it costs him dearly. It doesn't matter if it's Toyota, General Motors or Volkswagen, in the end they all end up going through the cash register and paying sufficiently dissuasive fines so that they don't think of doing the same thing again.

The EPA has threatened not to issue certificates of conformity to the 2016 Diesel models unless explanations are given as to why the engines are modified to deceive authorities and consumers. Meanwhile, in Europe, the type-approval cycle will be changed, but who pays for the damage to public health caused by NOx and particulate matter infested cities? I tell you: the taxpayer and his lungs.

What is the problem of emitting a lot of NOx? For starters, generation of tropospheric ozone -the "bad" ozone-, increased cases of asthma, respiratory and cardiovascular diseases. The matter is very serious when we talk about large urban areas. The main victims of NOx are children, the elderly and people with previous respiratory problems.

The sale of the mentioned cars is still legal, and they can continue to circulate. Volkswagen has not yet announced any corrective measures, nor a recall campaign, which it will probably have to do. It has only indicated in a brief press release that the problem will be solved as soon as possible. As their objectives are sustainability and respect for the environment, the issue is said to concern them... If they are such mental geeks.

In addition to the fines and compensation, another important cost will have to be added: the cost of revising almost half a million cars. Wasn't it more economical, from the beginning, to create engines that comply with emissions regulations, period? I ask out of innocence.

add a comment of Volkswagen has cheated with its Clean Diesel in the U.S., and it will cost it dearly