The i3s can gallop at 184 mechanical horsepower, up from the 170 found in the standard i3, but the engine is the same.

The power unit system has been updated and is now designed to deliver power when the engine is spinning at the top end of its rev band. In fact, BMW claims that the i3s speed and torque at the limit of its performance capabilities is 40% better than in the i3. One of the main differences of the BMW i3s compared to other electrics is the harnessing of the engine when it's spinning fastest, making the torque jump between low to mid RPMs and higher RPMs less noticeable. 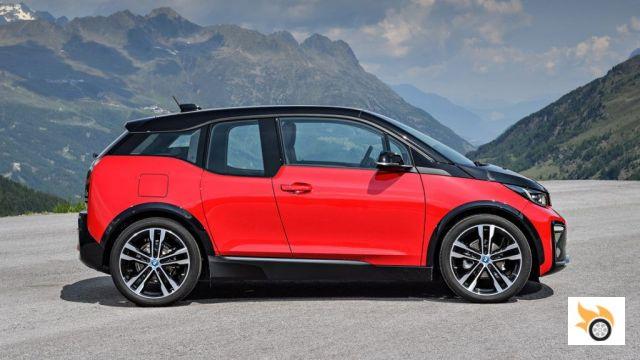 According to BMW, the i3s can reach 100 km/h in 6.9 seconds and reach a top speed of 160 km/h, a significant improvement over the mundane i3. All in all, the new BMW i3s features revised Dynamic Stability Control (DSC) and DTC mode to improve the small electric vehicle's agility at high speeds. Its range is between 235 and 245 kilometers according to the new WLTP cycle (280 km in NEDC cycle, less than the i3), although the brand points out that in real use can reach 200 km without problems.

The i3s is connected to lithium-ion batteries 94 Ah developed by the house itself, the same as the i3, is no longer available the lower capacity. As with the other i3s, BMW offers an optional 38 hp 2-cylinder gasoline-powered petrol engine that acts as a generator (REX), powering the batteries and thus the electric motors. This significantly increases the total autonomy capacity of the model, that is, the batteries are discharged more slowly.


In the aesthetic section we find a wider track width (+40 millimeters) and a lower ground clearance (-10 millimeters). All these changes allow the BMW i3s has a better dynamic behavior of the hand also a sporty driving mode. The BMW i3s has small details that differentiate it from its range brother and that go through the renewal of the front and rear bumpers and the presence of new alloy wheels 20 inches. 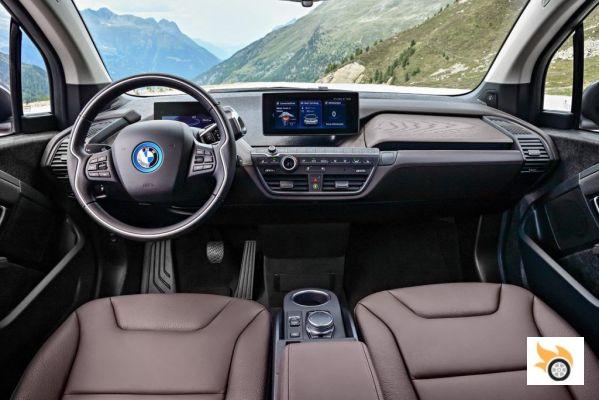 The interior of the i3s is packed with BMW's latest tech goodies, including the 10.25-inch widescreen iDrive 6 infotainment system with Apple CarPlay connectivity. At the same time, its eco-friendly reputation remains intact with 80% of the passenger-visible surfaces made from recycled or renewable materials. The interior images are of the BMW i3s.

Following its premiere at the Frankfurt Motor Show, it is expected to be available in dealerships from November.

BMW is deciding on the shape of its new i5 ❯