We say, mega auction because traditionally an auction is held over two days. On the first day you can see live the cars and objects that will be on sale and on the second day you bid for what you are interested in. Not here, the auction started on the 12th of January and ended on Sunday the 19th.

The thing is that the Ferrari F40 came to the stage over the weekend, as it was one of the attractions of the event, and was finally sold for $675,000 (497,900 euros) to Reggie Jackson, better known as Mr. October. Does it ring any bells? Neither do we, but apparently he's a baseball legend and car collector. Including commission - because the auction house doesn't work for free - Mr October paid $742,500 (550,000 euros).

Richard Rawlings and his business partner Dennis wanted to sell it for 1 million dollars in order to recover the money invested in the purchase (400,000 dollars), the restoration (which should not be less than 200,000 dollars) and make a profit. In the end, the car came out at market price, as most F40s currently sell for around 550,000 euros. 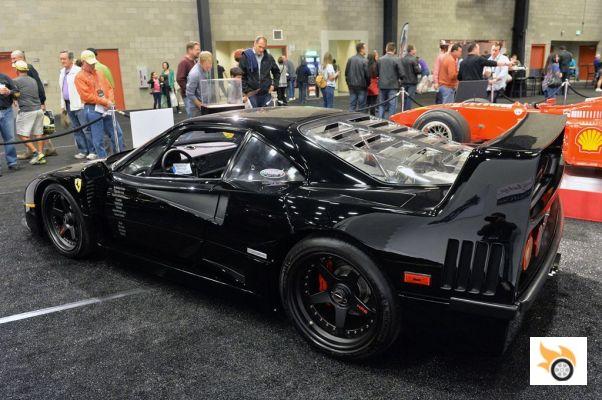