The DGT has just joined the Board of Trustees of the Gómez Planche Foundation, then administrator of the museum, and as a full member. Both entities have been collaborating since 2011, when the Bilateral Road Safety Agreement was signed. The vehicles will be on loan -temporarily-, and although they have not been detailed what they are, we do know that they are two motorcycles and four passenger cars, two of them from 1942.

What can we find in this museum? It has three floors with a total area of 4,000 square meters. We can find examples of Rolls Royce, Hispano Suiza, Pegaso, Jaguar, BMW, Cadillac, MG, Mercedes-Benz, Ford, Buick, Citroen, SEAT... That in terms of cars, because in motorcycles have several Bultaco, Honda, Lube, Derbi, Ducati, Montesa and Norton. 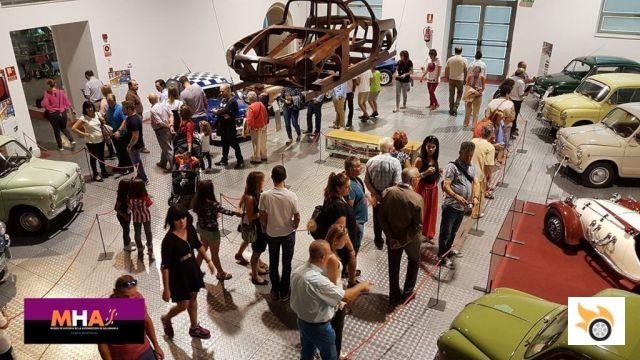 From the collection the museum highlights a Hispano Suiza 30/40 HP of 1910, Benz Tricycle (replica), Tricilo Bonet (replica), the Cadillac Fleetwood 75 of Franco, a Mercedes-Benz 560 SEL, a Pegaso Z-102 "Saoutchik", a Rolls-Royce Silver Ghost of 1922, the Formula 1 of Fernando Alonso of the 2009 season, etc... Those who needed an excuse to visit the capital of Salamanca, now they have it.


If you want to check the museum's website, it is the following: museoautomocion.com