Owner Wanted for this 1970 Plymouth Superbird

Despite its age, the Superbird retains all of its original Tor Red paint, with the exception of its distinctive nose. On the other hand, it retains the 426 Hemi engine (6,980 cc) and 425 hp, and the Torqueflite 727 three-speed automatic transmission. Even the original black vinyl interior has been preserved and looks very clean. It almost looks new, in fact. 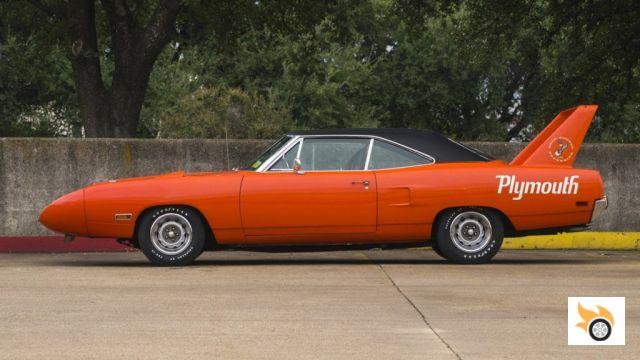 The car will be sold with all of its original documentation including the factory invoice with a two-page spread due to all of the car's options, including power windows, 15-inch Rallye wheels and deluxe seat belts.

add a comment of Owner Wanted for this 1970 Plymouth Superbird