Like its predecessor, the Portofino is a convertible with a retractable hardtop, even though this solution is being abandoned by almost everyone. It is 1.6 centimeters longer and 2.8 centimeters wider than the California T, while maintaining perfect grand touring proportions and aggressive styling. LED headlights and an angry-looking front grille in line with the GTC4 Lusso and 812 Superfast work with a better-integrated rear profile to help the Portofino avoid the awkward proportions that have plagued the California since its debut as a 2009 model.

Like the California T, the Portofino is powered by a front-mounted twin-turbocharged 3.9-liter V8, but with a new intake system, redesigned pistons, new connecting rods, an improved exhaust system and new engine management software. These measures allow the V8 to generate 600bhp without lag up to 7,500 revs and 760Nm from as low as 3,000rpm. All this, combined with Variable Boost Management that adjusts torque according to the gear selected, allows the Ferrari Portofino to increase acceleration in all gears while optimising fuel consumption. 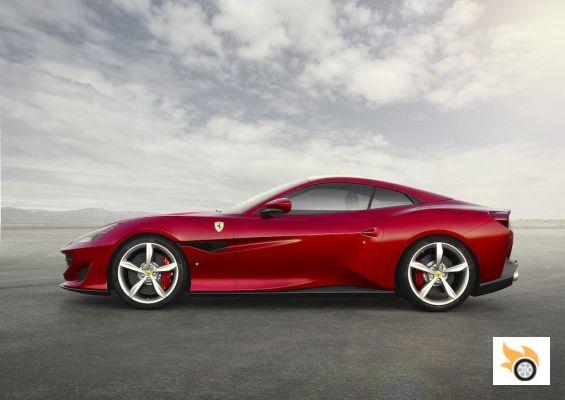 Ferrari says the new Portofino's chassis is stiffer and lighter than that of the California. It also features the latest version of the limited slip differential (E-Diff3), an improved magnetorheological adaptive damping system and an electric power steering system.

The Portofino also includes a host of comfort items, such as a 10.2-inch touchscreen infotainment system, 18-way power adjustable seats and a retractable hardtop that can now be operated at low speeds instead of just at a standstill. During open-air driving, comfort is also improved, with a new air deflector that reduces airflow inside the cabin by 30% to avoid aerodynamic noise. The pair of rear seats designed for legless children remain, although they are said to be more spacious than before. 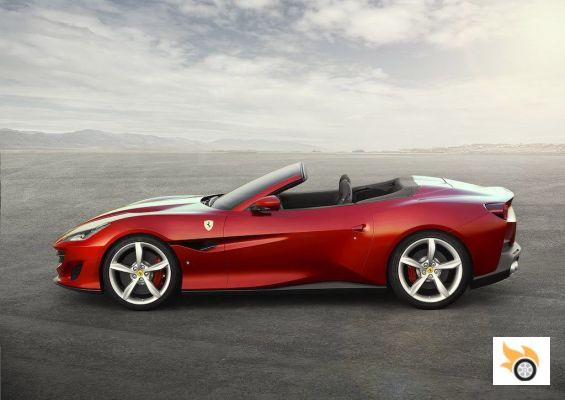 Ferrari will formally unveil the Portofino at the Frankfurt Motor Show in September. We don't yet know an official market launch date or price, though it will almost certainly exceed the 200,000 euro price tag.

add a comment of Ferrari Portofino, the new entry-level cavallino