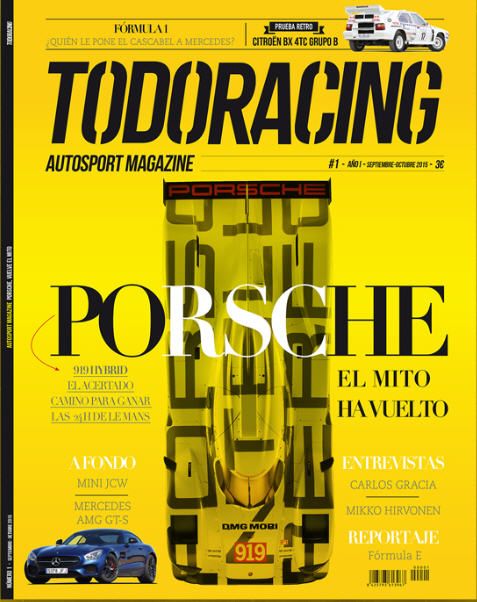 Although it may seem otherwise, the reality is that in this sector, the automotive press, most of us publications are on more than cordial terms with each other. As in everything, there are always some quarrels between some specific elements, but otherwise, we are all "good friends".

And among those friends, we have the director of TodoRacing, Guti, who "knows something about cars". At the end of last year he decided to change course, abandon what he had "safe" and launch a new publication of his own. To several "junta-letras" he asked us to join the cause, and the truth is that the response was overwhelming.

So, TodoRacing has arrived to the newsstands last week. It is a magazine that mixes reports about motor racing with emotional and aspirational car tests. And among its signatures you can find several Pistonudos collaborators, such as Nacho Villarín, Valentí Fradera, or myself, Guille García Alfonsín.

It may sound strange to advertise the competition here, but it's "not competition at all", to be honest. It costs three euros, and if you like cars and motorsport, I'm sure you'll enjoy it.