The MINI Electric Concept gives us a preview of the future MINI 100% electric.

The MINI E was a conventional three-door MINI adapted for an electric drive system. The set took up so much space that the rear seats had to be removed. The brand produced a total of 600 units, which were leased to various companies in the United States and subsequently all of them were taken back. After collecting valuable data on their use, the cars were scrapped.

Now the brand unveils images of the prototype that anticipates how will be the future electric model of the brand a few days before being presented at the Frankfurt Motor Show from September 14. 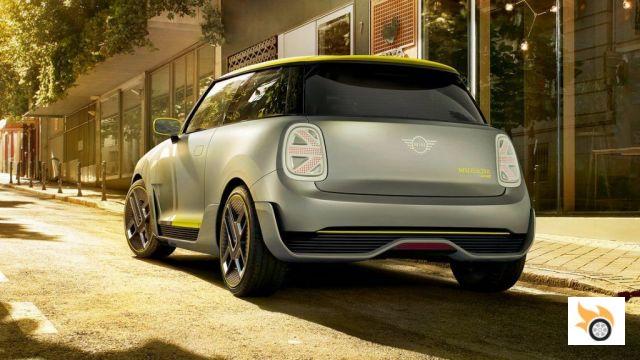 At the moment the brand has not provided virtually no technical information, but it is possible to share engine with the BMW i3, so we would be talking about a power of around 170 hp and a range of over 200 km in homologation conditions.

Aesthetically, it is inspired by the MINI three-door. In the photos we can see striking details such as embossed paint or rear lights that form the British flag, in honor of the origins of the brand. The front is very similar to the conventional MINI but in this case the air intakes are closed since, being an electric vehicle, it is not necessary cooling through a radiator.

The all-electric MINI will be a reality by 2019, and will be manufactured in Oxford (UK) with some components brought from Germany. For now, we'll have to make do with the plug-in hybrid version of the MINI Countryman.


Classic Mini comes back to life as a new model ❯

add a comment of The MINI Electric Concept gives us a preview of the future MINI 100% electric.