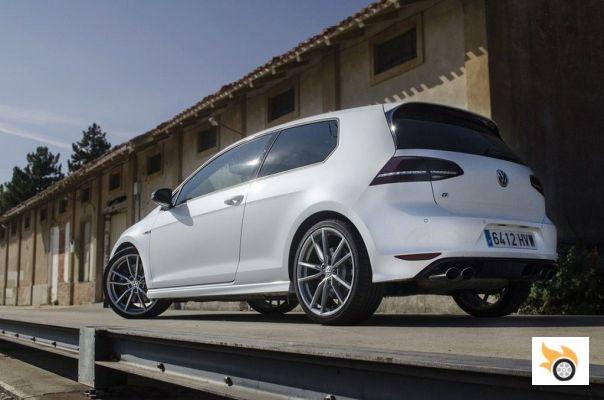 Initially, it was mainly diesel engines and one petrol engine, the 1.4 TSI with cylinder deactivation. In the end, 430,000 cars (VW, Skoda, Audi and SEAT) were put on the market with the wrong CO2 emissions certification. In addition, there would be many more cars with petrol engines than initially expected. And all of them are current models, i.e. "model year 2016".

Volkswagen published the list of cars affected by the erroneous CO2 data (list that you can download at the end of this post). Among them, the brand stresses in its statement that there are models with CO2 emissions "not credible at all", according to the brand itself. These models are equipped with various engines. Among them, the 3-cylinder 1.0 l TSI petrol of the Volkswagen Polo, Seat Ibiza and Leon, as well as the 4-cylinder 1.8 l TFSI of the SEAT Leon SC and Sport Tourer (break) and the 2.0 l of the Volkswagen Golf R and Passat Sport 2.0 liters (280 hp).

As CO2 emissions are directly linked to the consumption of the car, Volkswagen will face millionaire lawsuits from consumer associations, as well as lawsuits from countries where car taxation goes directly, even partially, to CO2 emissions, as is the case in Spain, France, United Kingdom or Germany.