You already know that both companies, Opel and Chevrolet, belong to the large automotive group General Motor. That's why this version is not a big surprise, it has been known for some time that Opel would make its replica of the Chevrolet Bolt EV. This model that you now see in the photos accompanying this article will not hit the market until 2017, so we will have almost a year to get the idea that the lightning brand expands its catalog with this compact five-door electric. 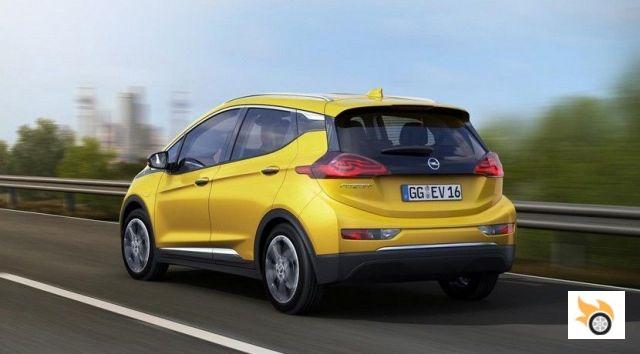 This model is part of Opel's action and commercial plan. Where the German brand expects to present 20 new vehicles to the market.
We still do not have official technical data of the Ampera-e, but we assume that it will be very similar to those shown in the Bolt EV. This vehicle boasts a range of 320 km homologated in EPA cycle. Its electric motor delivers 200 horsepower and 360 Nm of torque, and stops the stopwatch in 7 seconds when accelerating from 0 to 100 km/h.

The Bolt EV can be quickly recharged in half an hour and offers 150 kilometres of range. However, with a fast charger, if you use a conventional domestic socket you will need 2 hours to have 80 kilometers of autonomy.