Why are cars so expensive in Argentina?

The answer in this case is simple, the three countries are the most representative in terms of sales volume among Spanish-speaking countries, so we discard making comparisons between other countries such as Brazil, Germany, United States, Japan or other. Argentina has a composition of automotive tastes more similar to the European market than the North American, as is the case of Mexico, which in turn is a power in terms of production.

The values to be analyzed are those suggested to the public in February 2017, on the official websites of Ford Argentina, Spain and Mexico. The Ford Focus is a global model and we find it in both continents with similar proposals and equal market positioning. This model is sold in these places and represents relevance in sales volumes to be compared, all in its most basic five-door finishes in the Argentine and Spanish market, and sedan only in the Mexican. 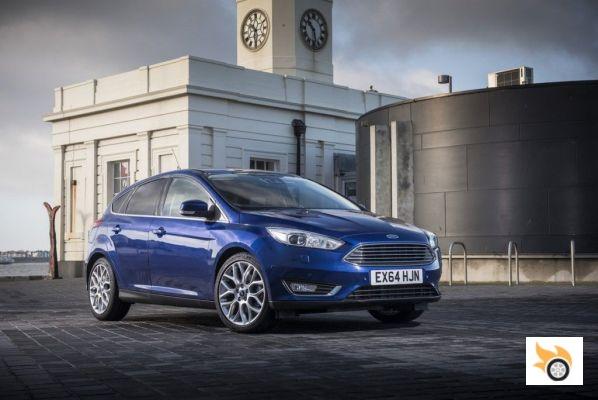 For the Focus assembled in Argentina the basic engine is the 1.6 sigma, 2.0 gdi for the Mexican assembled in the United States and 1.0 Ecoboost in Spain assembled in this case in Germany. Here we can already see some differences in terms of the configurations of each country, where in relative terms and just looking at the engines, the Focus sold in the land of Tango offers a smaller engine in terms of technology and performance compared to the modernity and efficiency offered by the European Ecoboost, or the greater displacement and power of the Mexican sedan.

The tax burden on cars is one of the first culprits that we find when we analyze it in detail, and to be honest, often the inhabitants themselves can not elucidate what taxes are paying when buying a new car, much less can a foreigner who does not know the system of indirect taxes that the state imposes on the terminals, importers, dealers or consumers.


Living in the North of Argentina implies for a resident to pay more in terms of forms and transport at the time of having a km0 already registered; it would be almost 20% more than the retail value treated. However, living in the south of the republic, in Patagonia, automatically turns its citizens into privileged inhabitants in relation to the others, since taxes are lower and exemptions are higher. This is due to a system that helps them to survive in places with more hostile climates, saving them an estimated 11% when buying the Focus according to the suggested retail price on Ford Argentina's website.

Within Patagonia itself there is the Island of Tierra del Fuego, which is a free zone where people do not pay the taxes that will be discussed later, or do so minimally, in order to promote their development. Being beneficiaries of this tax advantage does not allow you to travel to the continent for more than 30 days in your own car; here the price reduction can be up to 40%, theoretically.

But the average value in the center and north of the country is still the one suggested by the website of the different brands, so it is worth focusing on these prices, which are the ones that 80% of Argentines will pay.

VAT is the first tax that is actually unavoidable for any industrialized product in Argentina, which is 21% on traditional vehicles and 19% for commercial ones, this partly explains why the best-selling vehicle of all types was the Toyota Hilux, followed closely by the Volkswagen Gol in 2016.


Apart from VAT, an imported car will pay 35% customs duty if it is built outside Mercosur or Mexico, on the factory purchase price, before it reaches dealerships for sale to the public. A car assembled in any other country, including the European Union and the United States, will have to pay the 35% extra-zone tax, due to an agreement signed when the Mercosur economic bloc was formed. Cars assembled in the member countries of the block or Mexico, with which the Republic has signed free trade agreements, which do not have a minimum integration of parts of 30% - estimated - produced in the region, will also have to pay this tax.

Another important tax levied on cars is the so-called luxury tax, which is applied in two scales: 10% for those that exceed 380,000 pesos (23,019 euros) and 20% for those that exceed 800,000 pesos (48,461 euros). The luxury tax makes popular cars, such as a Ford Fiesta in its most equipped version, is at the limit of paying it, and the Focus pay it in all its range except the simplest, or a medium as it is a Mondeo pay it in all of its range and engines.

That is to say, for an average Argentinean owning a Ford Focus is a luxury item and not a means of mobility.

Buying a diesel vehicle, excluding commercial vehicles, in Argentina is also more expensive, and carries an extra 11% in taxes compared to a traditional gasoline. Nor are there incentives for electric or hybrid, as in Europe, only the first 200 units of such engines are exempt from VAT and customs duties, then pay the full rate as any other car. This is how Argentina came to have the most expensive Toyota Prius and Peugeot 508 diesel in the world.


Buying an imported gasoline with a 3.0 liter engine or diesel 2.5 liters, involves joining a waiting list until the importer is approved by the Non-Automatic Licensing, which is an extra control to regulate the freedom of the market, which carries an extra charge, for the reason of the high displacement they have.

According to infoBAE, the tax pressure on cars can reach up to 54.8% of the retail value. In other words, if you want to buy a Focus - which costs 21,310 euros - some 11,677 euros will be paid by the state and the rest (9,633 euros) will be distributed between the factory and the dealer.

But paying taxes is not the only thing that makes a car worth more in Argentina, it is also influenced by the so-called fixed costs, such as transport and energy, since everything is moved by trucks, which makes it highly expensive and inefficient. To move their production to the port of Buenos Aires or Brazil, or to distribute them around the country, the terminals do not have a modern railway network, or other means such as ports or fast highways and in good condition.

The pressure is also felt from the union sector, where the strict labor laws make workers have benefits that must satisfy the companies, manufacturers or importers, necessarily affecting the price to the final consumer. The unions of workers in the sector must negotiate every year with employers the increases they will receive during the year, plus Christmas and end of year bonuses, this indirectly makes the prices are inflated more than necessary because the unions have the power to paralyze the plant if necessary.

Another decisive factor is the lack of competition between terminals, and the economy of scales. There are very few companies that have their own factories in the country, they produce little and have very little internal and external competition in an almost closed market. Brazil, by size, has the upper hand in passenger vehicles, producing more units, with the advantage of being able to access lower production costs and technology and send them to the country without customs duties as part of Mercosur, but this does not make prices go down because the cars are not cheap in Brazil either. 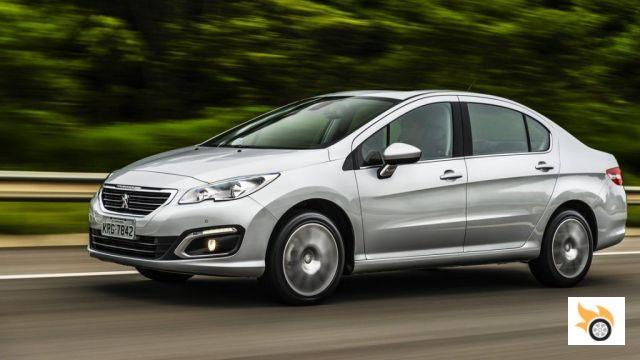 The automotive sector, unfortunately, is one of the most regulated, so the only way to install a car factory in the republic is through an express authorization of the president of the nation, so there are few "Terminals based", as they are known to those who have the privilege of owning a factory in the territory.

The automakers must also face the excessive price of the State bureaucracy at the time of homologating the different versions of equipment, engines and bodies of the different models. In order to sell cars in the domestic market, they must follow a series of procedures that involve a state control where it is verified that the model is adapted to European standards and comply with emissions regulations in force at the time, here it is worth clarifying that the terminals sign a confidentiality agreement with the Treasury of non-disclosure of the results in exchange for a fee, also secret.

The homologation times of a certain type of model can last from 6 months to almost 3 years that lasted the tuning of the Renault Kangoo electric, within a body that does not do crash tests or long duration as European or U.S. agencies. What is mentioned above makes the larger companies use the lobby to sell their products faster and this applies to imported and domestically manufactured models such as the Focus of the example.

The price is also a product of high inflation and low financing, consumers do not have access to affordable credit for the purchase of cars and if there are more than 40% interest in the very short term, which would lead to our Focus to far exceed 40,000 euros put on the street. 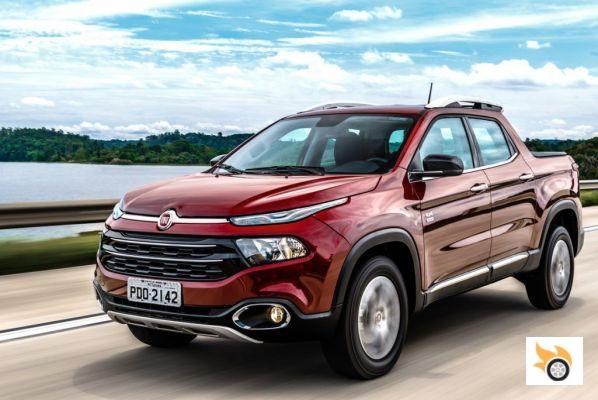 The last factor I will refer to is one that was invented a short time ago by the previous administration and was not repealed by the current one. This is called the Import Quota, and it consists in that companies that wish to import cars into the country, must export an equal amount of dollars with any type of products that will allow them to access the necessary foreign currency to compensate for the outflows of these for the purchase of vehicles.

It is something extremely rare, which in the worst years led BMW, Porsche, Kia and others that did not have factories in the country to export wine, leather, and different types of unimaginable products, in order to obtain the foreign currency they needed to sell their cars. Nowadays, a promise of investment to the government is enough, as a substitute for the import quota, but the regulations exist and you never know when they will be applied.

In recent times, due to the economic recession, some specific promotions can be observed and the so-called savings plans proliferate where people form a kind of consumer group managed by companies, paying a monthly fee consisting of a fraction of the price of the car, and after a certain time and paid a certain percentage of the total, they can access their unit.

There are several examples and for all of them cars cost a lot in Argentina. But each country has its own logic and in Argentina more and more vehicles are sold, with the particularity that the boom is not SUVs but pick-ups, as vehicles to which people aspire. According to statistical data from ACARA (Association of Automotive Dealers of Argentina), more pick-ups are sold than SUVs, at equal prices, and for this reason Fiat created the Toro and Renault the Duster Oroch, but that's another matter.

Why mainstream brands need to have SUVs and crossovers ❯

add a comment from Why are cars so expensive in Argentina?