Who in their right mind would give up on such a sweet-toothed segment?

As much as it is a segment hated by many - and by extension any SUV segment - we have to understand the reasons that have led to this change in tastes, even if we don't share them. When there is such a big trend change, there are solid reasons behind it.

On the one hand we have practical and rational reasons: more available space and more versatility. MPVs or MPVs used to fulfil that function: lots of space, but with a less attractive design. The driver of an MPV can quickly be pigeonholed as a "daddy" or "mommy", and it's really hard to see someone driving an MPV if they are single and childless (and haven't inherited it). If you know of any cases, let me know.

It's more than just a stupid fad imported from the USA. 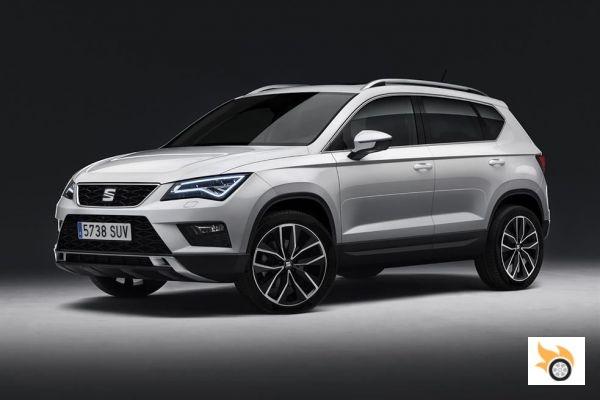 And from there we go to the subjective reasons. Let's start with the design, SUVs are more attractive, they transmit more aggressiveness and dynamism, taking some elements from traditional off-roaders like the underbody fenders or ground clearance. Not so long ago the 4×4 had a huge component of postureo, do we remember the exit of any school between 2000 and 2005? It was an invasion of off-road mums and off-road dads: Land Cruiser, Montero, some SsangYong or Galloper, Pathfinder, etc.

And yes, it was totally absurd to buy a 4×4 for the functions of a minivan, due to the higher cost of use and worse dynamics, as they were designed for other tasks. In addition, the SUV has another interesting component: it also gives a psychological feeling of greater security and "mastery" of the situation by a higher driving posture, with better road behavior. In addition, they take up less space than a saloon, a segment that was already growing too much.


The combination of all these elements results in the SUV.

If we think back to the first SUVs, they were cars that were a bit more off-road oriented, and they were looking for a bit more niche customers. One of the first to appear was the Toyota RAV4, which didn't have 4×2 versions, but it wasn't a traditional SUV either. It was right in the middle. It's a much more rational, more economical and easier to maintain car than a Land Cruiser, whichever way you look at it.

Now we are talking about a mass product, for the "majority" of people, and they are a consequence of today's society. It's enough for a thesis in sociology, and as it's a subject that I'm far from mastering, I'll leave it there. In another era they would not have worked in the same way as they do today. In fact, Chevrolet boasts of having created the first SUV, before the Second World War, and that's not why we've been "suffering" them for so long.

From the SUV was born a new variant, the crossover. We are talking about passenger cars, not designed to go off-road, but with design elements typical of SUVs and off-roaders. All-wheel drive is not a requirement; it may be there, or it may not have any version at all. In fact, the crossover customer base for all-wheel drive is minimal. In the case of the Nissan Qashqai, 4×2 has been at least three out of four sales.

Given that most people have no intention of going off-road, nor do they live in the northern provinces (with their adverse weather), nor do they go skiing every weekend... with single-axle drive they go like hell... and save 3,000-4,000 euros as a general rule. It's hard to believe that it costs so much money for a bloody driveshaft, two differentials and suspension changes, isn't it? Well, there are a few other changes we're missing.


Right now Nissan is the leading brand in crossover sales in Spain, adding together the B-SUV, C-SUV and D-SUV segments, i.e. the Juke, Qashqai and X-Trail. At the European level, the Qashqai is still the best, the Juke has lost the first place after four years of undisputed leadership, and the X-Trail is improving a lot the numbers of its predecessor, which was more SUV.

At this brand, the genesis of the crossover goes back to 2003, when the Almera was still being sold and its replacement was being considered. The Evalia Concept prototype was presented, looking for the union between the practicality of the MPV and something sportier and less van-like, like a compact. And as the prototype was well received, development continued. From there we go to the Nissan Qashqai Concept the following year at the Geneva Motor Show, and then came the first-generation Qashqai in late 2006 at the Paris Motor Show.

The Nissan Tiida of the time was forgettable, although it worked in other countries, far away from Europe.

Nissan was clear that the way forward for the C-segment was not to make the same type of car as the others, but to do something different. And in that approach have been entrenched until the arrival of the Nissan Pulsar, which is based on the global Tiida / Pulsar, which already existed two years earlier in other countries. The Qashqai offered a mix of MPV practicality, SUV styling and saloon comfort... or something like that.

It was such a good idea that it has been copied or imitated by rival brands. And the public has been steadily supporting that thesis, putting their money into those cars, and not putting it into others. They satisfy some objective needs, and others that are subjective. You also have to consider that the economic crisis has an influence, young people have less purchasing power, and tastes are dictated by people of a higher average age. 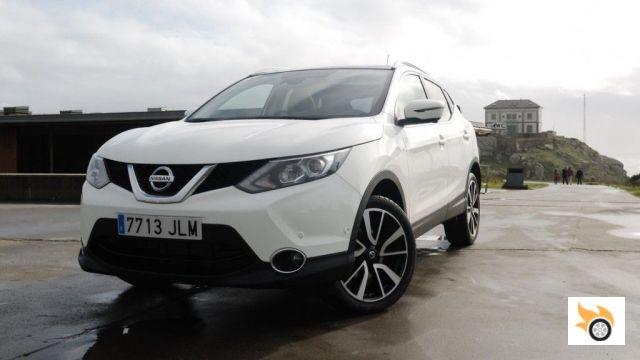 A car like the Qashqai 1.2 DIG-T (115 hp), the cheapest model in the range, is not exactly what a young driver wants. It's a good car if you drive it in accordance with the increasingly strict regulations of the DGT and other traffic authorities. Anyone looking for fun in this car will not find it, the gearbox has to be moved more than in an F1 Grand Prix, unless the terrain is variable, due to the chronic shortage of torque.

A Ford Fiesta (or similar) with 100 hp is a rocket in comparison, and much cheaper to buy and maintain. Without leaving the same brand, the Nissan Pulsar with the same engine is much more agile. On a route through secondary roads in Galicia, trying to do a good pace, somewhat above the legal limitations, I spent 8 l/100 km, which swallows several 200 hp sports cars. On the M-30, with the limiter at 70 km / h, I'm sure it spends less than a Zippo.

But the tastes of people over 40 are another matter. In short, to not exceed 120 km / h on highways, to move around urban and peri-urban areas, and without a large family, that horsepower is enough. The same goes for the 1.5 dCi. All-wheel drive? What for? They're quite weighed down by the huge wheels they've been fitted with, which is a matter of putting form before function. 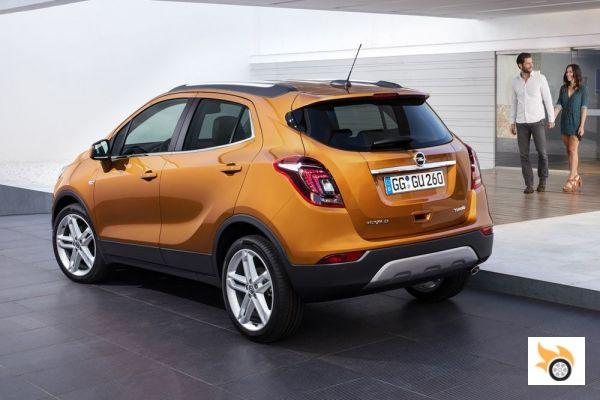 In MPVs function prevails over form, in SUVs and crossovers form over function is more important. They are not more spacious than an MPV, nor are they good off-road, nor are they sporty... but they have an acceptable compromise between all the variables that people usually look for. Someone will think I've gone mad, but no, I'm playing devil's advocate: even the most perfidious of criminals and the perpetrator of the most abject acts has the right to be defended.

If in 2015 SUVs and crossovers grabbed 22.49% of the European share, it doesn't mean that one in five Europeans are morons. Surely more than one will think so... but we must surrender to an evidence: the morons with money dictate more how the market is than the enlightened who do not have it or do not release it. Remember my previous disquisition: all of us petrolheads are wrong. Mind you, "moron" is poetic license, I don't want to get hit with lawsuits.

We can't blame SEAT, Kia, Renault, Nissan, Toyota, Jeep... and almost all the generalist brands in the market for getting into a profitable segment. In addition, the "whim car" component makes people spend money with more joy. At the engineering level, we are talking about compact derivatives, so everything stays at home. As you can see, behind the phenomenon there is science, not chance, nor simply a desire to posture at the exit of schools.

The SUV fever has reached the B, C, D and E segments. Soon the competition for the F SUV will begin, but only in the most prestigious and expensive brands. As for the A-SUV, let's give them time, it's not such a big deal. At the time people thought the same thing about the B-SUV, that how could a car more expensive than a B succeed, with customers who look at the skin a lot. I refer to the previous explanations.

The Premium, of course, are fervent supporters of this type of car: they give a lot of money and win new customers.

Nissan has been the brand that has best exploited the concept of the SUV, of course, but it has earned a huge competition, segment by segment, and already has it even at home: Renault Captur, Kadjar and Maxthon (coming soon). A slave once told Caesar that "all glory is fleeting", and one day Nissan will cease to dominate. It's doing it now, that's what the data says, adding up the B SUV, C SUV and D SUV segments. In isolation, the B SUV no longer dominates, and the D SUV is more premium brand territory.

Why have MPVs and saloons gone backwards? Because they no longer meet the same needs. SUVs are not easily associated with "daddy's" or "mommy's" cars, and their rise will be unstoppable unless car weight taxes start to emerge. The price of fuel doesn't seem to be a brake on them - they consume more than their "rational" equivalents - as their take-off years have been when the price of oil has been sky-high. If on top of that the broth is cheap....

My work as devil's advocate ends here. We complain a lot about SUVs, and I do it myself, but if I have to choose between cities full of SUVs, and cities full of two-ton SUVs and ladder racks... I prefer the lesser evil. SUVs are less dangerous for road safety, they pollute less than off-roaders, and their driving dynamics are better.

That they're hardly any good off-road? Less and less people seem to care about that. That they have worse dynamics than a regular sports car? I repeat what I said before, that they're a bit of a toss-up compared to a saloon in the next segment? Ditto. No matter how many times we think about the concept, we'll get to the same place: if they sell so much, it's because there's demand, and that demand keeps growing. They have succeeded where other types of cars have deflated or are no longer able to conquer.

Maybe in a generation or two of Europeans the fever will pass, but in the meantime, they will continue to obstruct the field of vision of cars that are the right height, they will climb the curbs around schools, and they will continue to contribute to the decline of segments that were once untouchable for marketing people. Some brands can even do without coupés, saloons and MPVs... but if they don't have an SUV, it's a no-brainer.

Why does the new Mazda MX-5 RF have a targa design? ❯