The car is owned by Angel, one of the partners of Full Gas Garage. This is a garage where you can rent a box with everything you need to work on your own car, and when I say everything you need, I mean from the tools to the paint booth. They can also advise or help you if you are not sure about the operation you are going to do. And finally, they also take care of repairing or preparing your car, as in any other workshop. If you want to stand out and not be just another self-service garage, you have to do something eye-catching. And this is where Angel's 600 comes in, well, his father's to be exact. 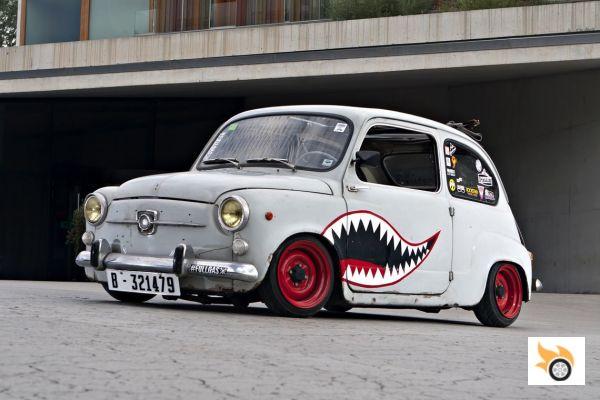 "The car belonged to my father. He always has old junk that he never fixes. Now he has 8 old cars at home", Ángel tells us. "I didn't pay any attention to the 600 and since it worked I got it. The base for an original and low cost project was ready. The original 4-cylinder 750 cc with 25 hp worked as the first day, although the same cannot be said of the transmission with a recalcitrant reverse gear and an electrical system that has its years. 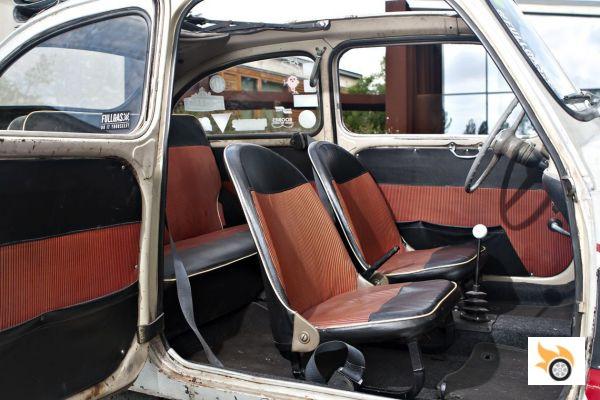 Restoring the bodywork would have been a waste of the (ridiculous) preparation budget: the logical thing to do was to opt for the "rat" style, thus leaving all the wounds and marks of the SEAT's long life visible. In the same way, the interior would remain in its original state, that is to say, surprisingly in good condition. It's so original that it includes the famous religious stamps that seemed to come as standard on all SEATs from the 50s through to the 80s; all that's missing is a "daddy, don't run". Originally it came with a canvas sunroof and here it's always open for practical reasons. It closes, it closes, but the watertightness of the roof is another story. 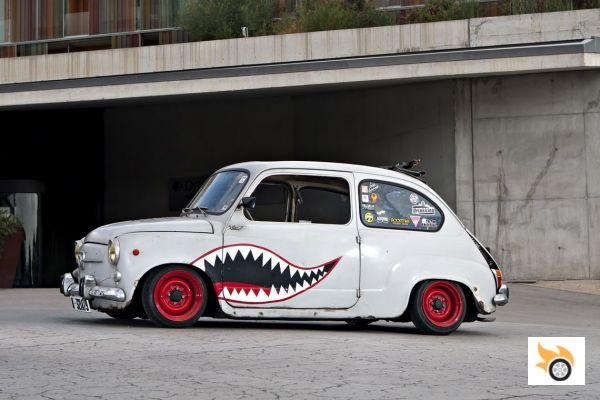 At this point, the only thing left to do is to take care of the chassis and leave the car on the ground. At the front, the original leaf springs were reversed. That is, they are mounted upside down, while Fiat Uno Turbo springs were used at the rear. Together with 12-inch diameter wheels painted in red, Angel has one of the lowest 600s in the country. And while he touches almost everywhere when you drive the car, it's not enough and he's not satisfied with the result, as the shocks stop and there's no travel. Anyway, as it's a car mainly intended for events, he's not worried about much else.

The only difficulty was finding 12" tyres. As there weren't any for cars, he opted for scooter tyres. Yes, those semi-slicks are scooter tyres. In the dry they offer an exceptional grip, but in the wet "I prefer not to know" says Angel. 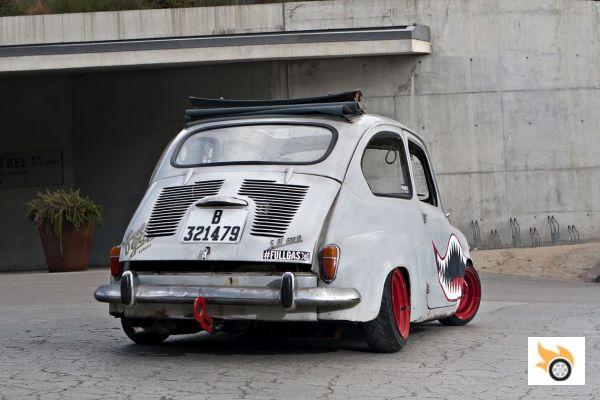 The final touch is the tiger mouth on the front wings, inherited from the Flying Tigers. What relation do the Flying Tigers have with the 600? In principle nothing, but it has a lot to do with the hot-rod and custom movements, of which the 600 is the Spanish representative.

The hot-rod and custom movement was born in the 30's in California, when some teenagers in the area started to tinker with Ford T's in order to have faster and faster cars. After World War II, many of the pilots and mechanics who had returned to civilian life were working as mechanics, while the pilots were still looking for the adrenaline rush they got from flying military planes. It didn't take long for the supercharging used in aircraft engines to be applied to the flat-head V8s of the time. The point was to go faster and faster and to make the car more and more powerful. Some nostalgic people started to decorate their cars like the planes they had flown, or at least, they had the insignia of the squadron they had served in. 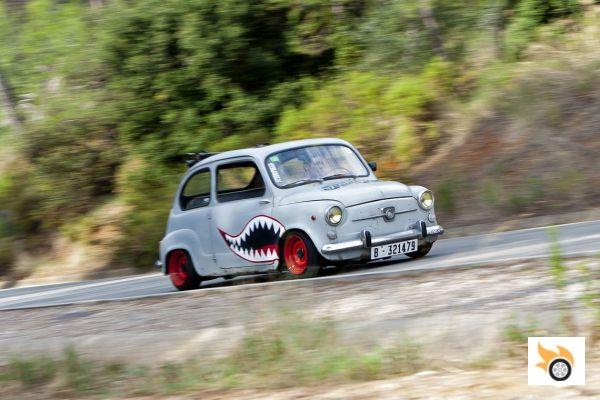 
In the late 1940s, the cars that were plentiful, not to say surplus, in America were Ford T's; it was the car that powered America. That's why the hot-rodders used them as a base, because they cost them two dollars. In Spain, the car that motorized us was the SEAT 600. Not in vain it was said that it was like the navel, that everyone had one. The 600 is our particular Ford T and although many put the cry in the sky is logical that are used for all kinds of preparations, from the Abarth to a simple "rat" as the Angel. 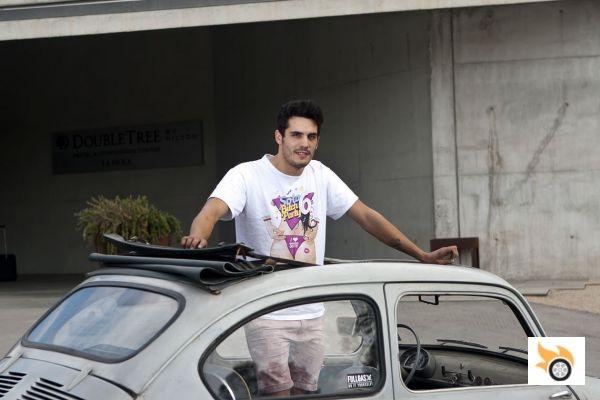 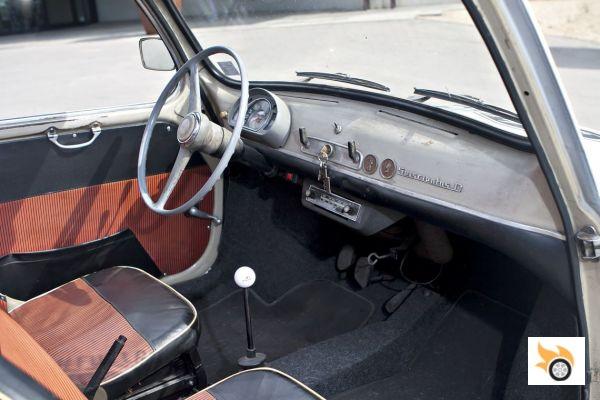 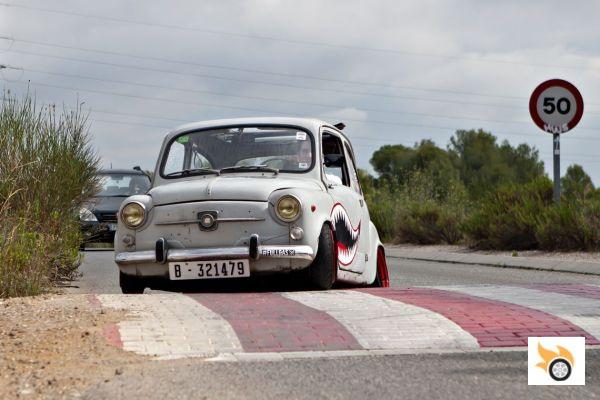 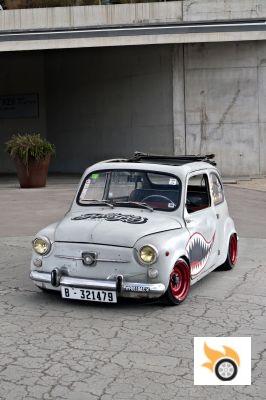 Are cars more expensive now than they were thirty years ago?

The Tesla factory in Spain will have to wait