Did you know that the Crossland X is the first model developed in conjunction with PSA? It is a model that is of special importance for the German brand not only for this reason, but also for the sales potential it can represent in all European markets, Spain included. Under the skin of the Crossland X we find the basis of the future Citroën C3 Aircross, which does not have much left to be unveiled to the public, anticipated in the form of a prototype.

Opel does not define the Crossland X as an SUV, but as a crossover. What does this mean? According to the brand, its intention is to position the Crossland X as a vehicle somewhat simpler than the Mokka X, but also more practical and familiar, with less powerful engines and without all-wheel drive. In addition, prices are going to cross, that is, the mid-range Mokka X will have a price similar to the high-end Crossland X. This means that, within Opel, it is positioned (with its 4.21 meters long and 1.59 m high) below the Mokka X and above the Corsa. Will there be cannibalization between "brothers"? Opel thinks not, the strategy is the type of customer to which each is directed, being in the case of Crossland X a young audience and families. For them, the most direct rivals are Seat with the Arona/Ateca and Renault with Captur/Kadjar. 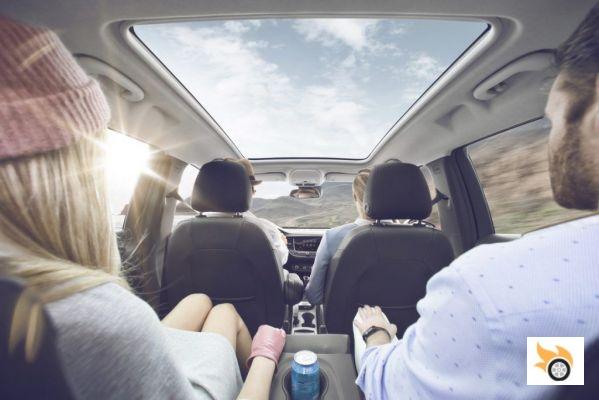 Modularity is one of the Crossland X's strong points. Its spacious interior, with a generous glazed area, and some clever ways to make better use of space, such as the rear seats, which fold 40:20:20, tilt and move longitudinally up to 15 centimetres, place it closer to a compact family car like the Astra (365 litres of boot and 16 cm longer). It has 410 liters of trunk space (with a double bottom) that can be expanded to 520 liters with the seats in their most forward position and 1,255 liters if the seats are folded all the way down. In fact, Opel claims it is the leading car in the segment in terms of space.


The cabin is notable for its multiple storage compartments for small items such as a mobile phone, keys or wallet, which are located in each of the four doors, between the two front seats and in front of the gearshift lever. The quality of the fittings seems good, as do all the materials used, with plenty of hard plastics but also soft plastics in places like the dashboard and the front door armrests. 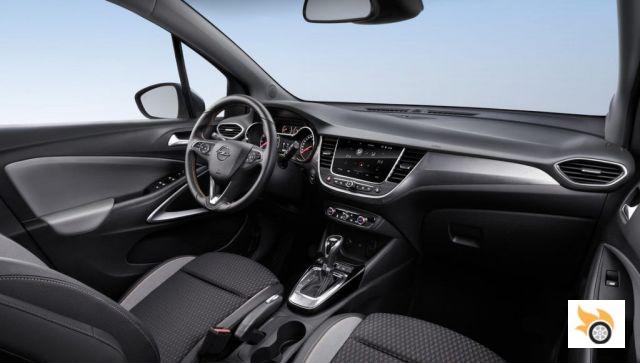 One detail that is missing is the ability to adjust the height of the belts, something that has been communicated in Germany for future models. The multimedia system has a 7- or 8-inch screen (depending on trim level) and, being located at the top of the console, will prevent us from taking our eyes off the road too much. It's compatible with Google's Android Auto and Apple's CarPlay. This is one of the few things we'll see shared with other PSA models, though everyone will have it designed to their liking. We haven't seen any French parts in the interior.

In terms of equipment, it won't be too bad either. Exclusive in this segment, the new Crossland X will offer optional AGR seats, certified by the German association of doctors dedicated to the health of the back. The panoramic roof will be one of the largest in the segment, with dimensions of 1,090 x 870 mm. In safety we see a new generation of forward collision warning. Now, at less than 30 km / h, if the car detects that we are going to collide with a moving object (car or pedestrian) or fixed, will nail the brakes.


It will also have fatigue warning by visual and audible messages, warning of involuntary lane change, traffic sign recognition, rear camera with a 180 ° viewing angle, head-up display and parking assistance. The latter works very similar to the one used by Ford: after finding a space 70 centimetres longer than the total length of the car, the steering will take care of making the relevant movements. We will only have to control the pedals and gears. 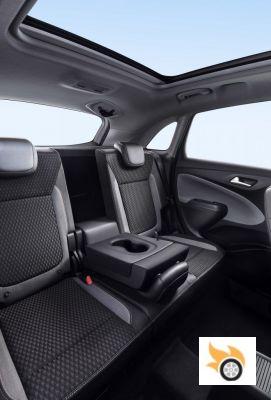 In addition, the OnStar system incorporates its already famous WiFi by 4G LTE connection and has been updated to incorporate new maps and information, as well as more compatibility of the Intellilink system. Taking advantage of the port, in the presentation of the Crossland X we were told that the future of OnStar would be that of artificial intelligence, at the moment it is attended by human operators. In case we had any doubts about that statement, Opel is working with IBM's Watson program, so it's serious.

Opel confirms that all models from here on out will continue to maintain their own identity. We won't see hardly any shared elements

The acquisition of Opel by PSA will not mean the loss of the former's identity. The aim is to take advantage of the synergies of each of them. For example, in the field of mobility, PSA has a greater development than Opel and, in terms of electric motor systems, it is the other way around. In fact, if we look at it, PSA has engines of BMW origin (the 1.6 THP) and nobody complains. 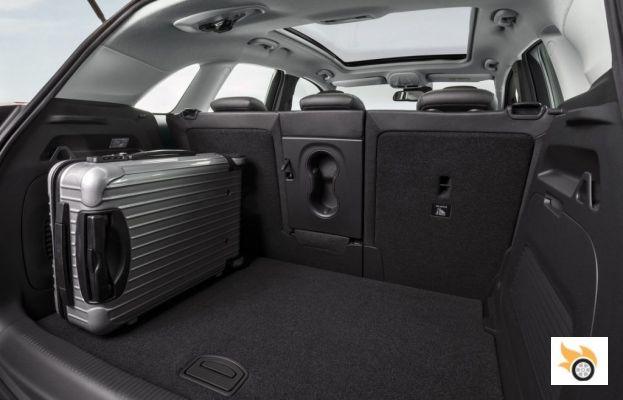 We will test it later in a dynamic presentation and will provide you with more details.

add a comment of Opel Crossland X in detail