The rarities of the Tokyo show

Today, we propose a little walk through these oddities, curiosities, through this Tokyo salon that is little talked about. In short, a walk through creativity. 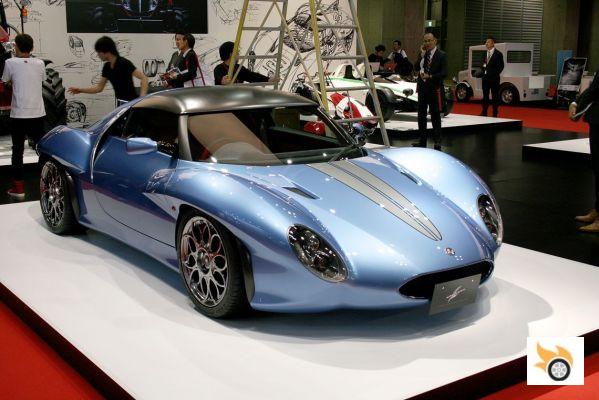 Ken Okuyama is not a famous designer, although his works are. He worked for General Motors, Porsche and Pininfarina. As head of design at Pininfarina he is the author of two important projects: the Maserati Quattropuorte V (2004-2012) and the Ferrari Enzo. He has been back in his native Japan for a few years now, where he has his own design studio. In addition to making designs for various branches of industry, such as tractors, he also produces a handcrafted roadster and a coupé based on the Lotus Elise, the Kodeo9. 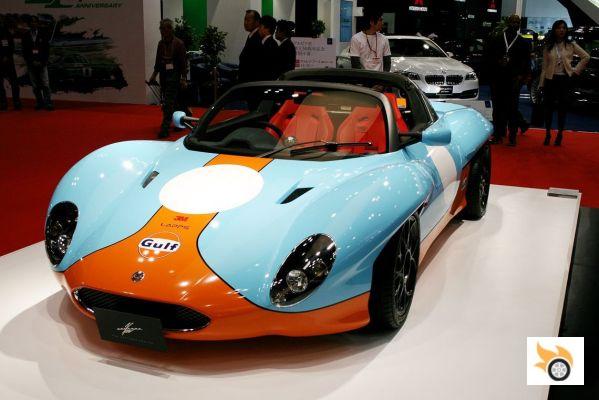 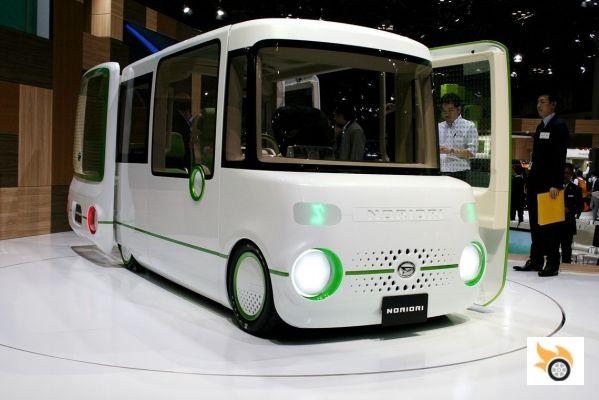 Daihatsu, no longer present on the European market, remains one of the major players in the kei car segment in Japan. With the Nori Ori Concept, the brand explores the possibilities it has for improving vehicle access and egress. Sliding doors, access ramp, ultra-low floor, space for two wheelchairs and high roof are some of the solutions proposed. Basically, Nori Ori responds to the demographic reality in Japan: the population is getting older and older. To us, it stands out because it looks like a toy or a car out of a manga. Even the indicators, with musical notes, don't look serious and are worthy of a manga. And maybe that's why I like it, it has something different and nice. 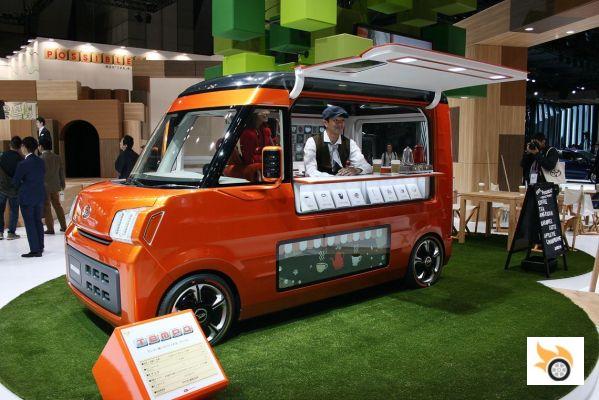 The Toyota subsidiary presented another surprising model, the Tempo. This concept car was designed to demonstrate the advantages of the FF platform (front wheel drive and front engine, when many of those square kei cars are usually "all rear" cars). To do this, Daihatsu is going for the food truck trend. Only here, don't expect those trendy gourmet burgers, there's room for espresso and some pasta. Still, it's surprising how much you can fit in this kei car. 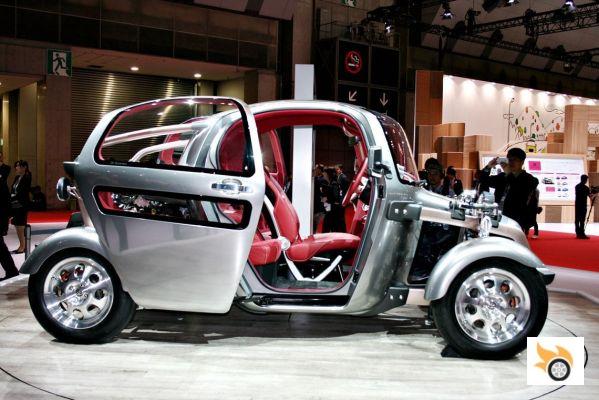 This Toyota concept car never ceases to amaze me. It's a cross between buggy, hot-rod, custom, moon car and with a robotic air that would allow it to be in one of the movies of the Terminator franchise. It has no bodywork, except around the passenger compartment - which looks like that of a lunar vehicle - and uses the mechanical components as aesthetic elements. Seeing what a suspension looks like and how it works, for example, is an art form in itself.

Leaving the mechanics, in this case in a central rear position, and other mechanical components on view is part of the essence of hot-rods. What's more, the Kikai's tyres have white sidewalls facing inwards. It's an old trick from the early days of hot-rods. When everyone was wearing white-striped tyres, the hot-rodders would turn them inside out to give the car a more aggressive look with their black tyres. Actually, there's a lot more substance to the Kikai's design than a lot of other headline-grabbing concept cars. 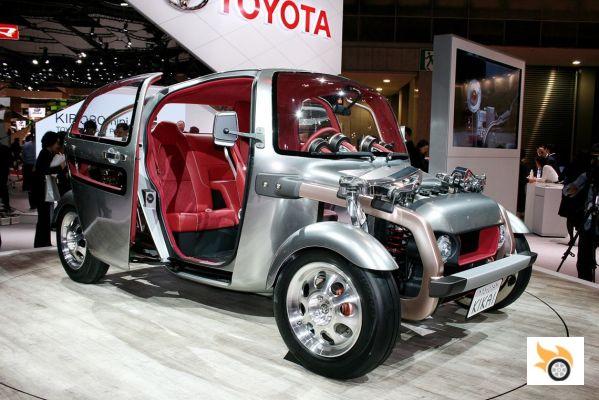 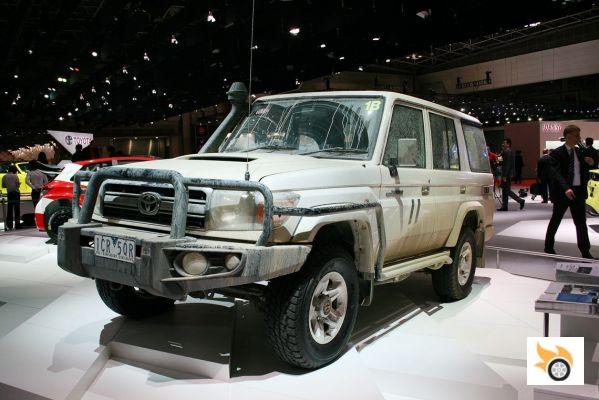 What's a Land Cruisier 70 (the J70) doing at the 2015 Tokyo Motor Show? Quite simply, Toyota still makes the indestructible Land Cruiser 70 for numerous markets. It's even an icon of the brand. So much so that after a 10-year absence, it returned to the Japanese market in 2013. This year, however, it leaves the domestic market; lacking stability control it is no longer homologable. But it lives on in many other markets, such as Australia (the J70 on display has Australian plates and may also have Australian mud) where it is the model of choice in rural areas, especially in the bush. Obviously it is not the only one, for example, the Portuguese Toyota Caetano factory (in Ovar) still manufactures it for export to South Africa. 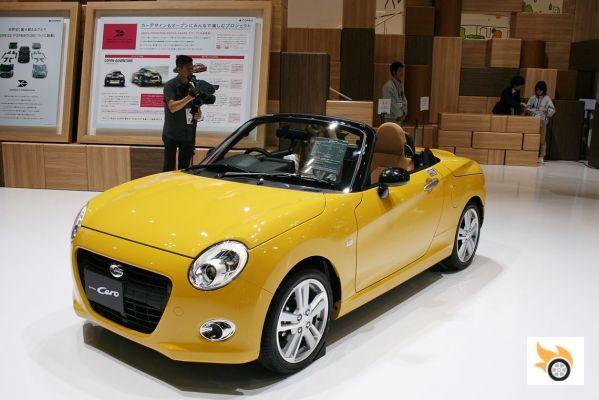 Apart from being another example of a name that sounds exotic in Japanese but can be misinterpreted in English, the Copen Cero is the newest design in the Copen family to join the original Copen Robe and the X-play. The Copen stands out as a new attempt to sell a car with interchangeable bodywork. With the "Dress Formation" option, when you get tired of the visual aggressiveness of your Copen Robe, you take it to the dealer. There, they change the light clusters and all the body panels (except for the 2 doors) to give it the cute and friendly look of the Copen Zero. The conversion will cost you 350,000 yen (about 2,630 euros), but the engine will still be a 90 hp 3-cylinder...

The Japanese firm, known in Europe for its D-Max pick-up, also makes trucks. At the Tokyo show it exhibited the TX-80, a 5-tonne capacity model developed after World War II for the reconstruction of the country, and the official Isuzu-Hino 500 that raced the 2014 Dakar. 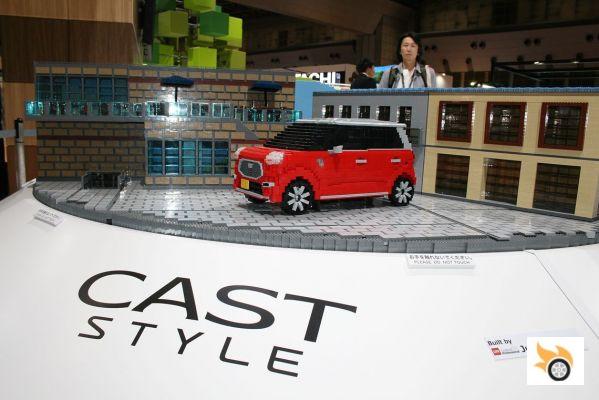 And finally, another Daihatsu. In an original way, Daihatsu gave a preview of its new model, the Cast, presenting it to scale and made in Lego. There will be three variants: the Style (urban), the Activa (SUV type) and the Sport. 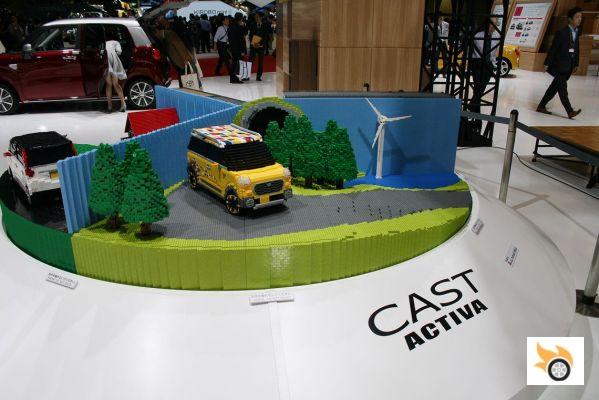 The keys to the new Audi Q2 ❯

add a comment of The rarities of the Tokyo show