As usual in BMW, the 3 Series offers various exterior designs depending on the finish line is chosen (normal, Sport Line, M Line or Luxury Line), which makes the same car can carry different bumpers, as you see in the attached images. 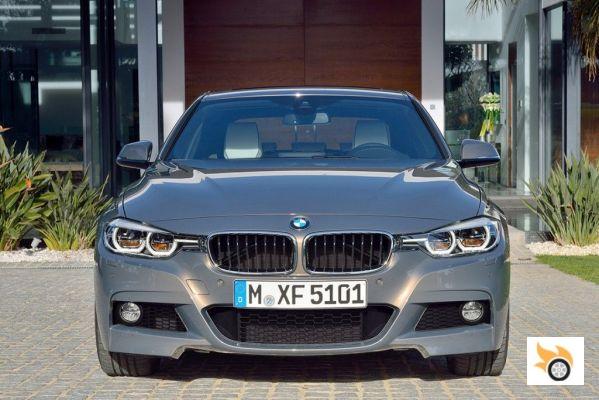 What is common to all lines is the premiere of new front light clusters. There are two types of headlights, some with Xenon, and others that are "full LED". The light-emitting diodes are the most attractive, with a daytime running light that draws the two projectors of each headlight and continues to the grille, giving the car an aggressive and sporty personality.

The turn signals, both in the "full LED" variant as in the normal becomes now an eyebrow "that angers the look" of the 3 Series. On the other hand, BMW has updated the design of the bumpers. The sporty trim models sport an M3-like look that looks genuinely good, with "power and width". The more "conventional" bumper variants can boast air intakes that are wider and make the car look "more planted to the ground".

On the left, the conventional trim, on the right the sporty one with "eme" aerodynamic kit.

In addition, the active cruise control radar has been successfully hidden behind the grille and no longer appears to protrude unnecessarily. At the rear, the light clusters are also renewed in their LED technology, but at first glance nothing seems to change, to be honest. There are 16 colors to choose from, four of them new: "Mediterranean Blue metallic, Platinum Silver metallic, Jatoba metallic and the Individual Champagne Quartz metallic. 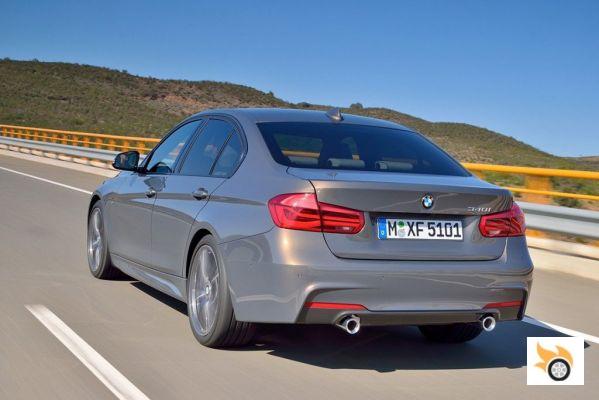 In the cabin the differences are also of detail. More chrome appears around certain switches. BMW speaks of higher quality in materials and fittings. There are new trim and upholstery combinations, and the beautiful "eme" steering wheel appears.


The "Professional" navigator gets an upgrade as well. It is now able to learn routes faster, and in case you have an internet connection (provided by your smartphone), it updates its maps directly through the internet, without you having to do anything (the first three years it will also do it for free). 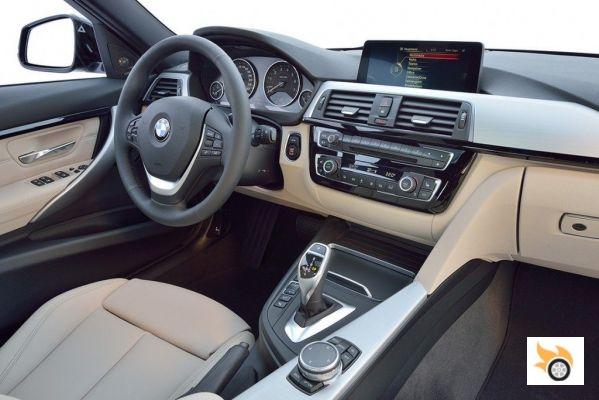 As for the powertrains, the engine range is renewed and two new blocks appear. On the one hand, the 330i receives a new four-cylinder petrol direct injection turbocharged turbocharged twin inlet, which gives 252 horsepower and achieves, with the sedan body, an average consumption of 5.5 liters per 100 kilometers with the ZF automatic gearbox eight relations.

Above it is the 340i, with the three-liter six-cylinder engine, direct injection, turbocharging by twin-scroll turbocharger and the rest of BMW inventions (draft and variable valve lift, for example). It delivers 326 horsepower to the rear wheels, is capable of launching the car to 100 per hour in 5.1 seconds and makes do with 6.5 liters of fuel per 100 kilometers with the eight-ratio ZF automatic transmission. 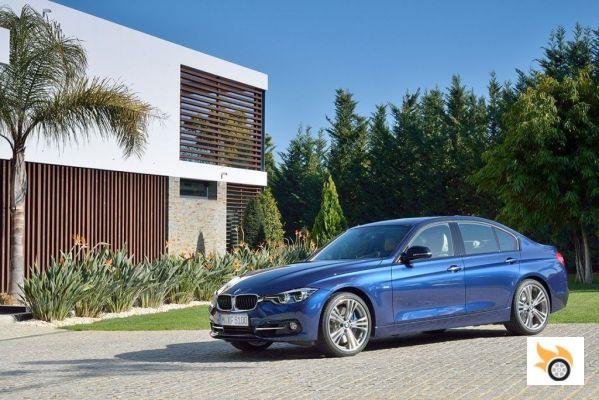 BMW makes mention of two data that it considers important at the level of efficiency: The 318d Efficients Dynamics manages to stay in average CO2 emissions per kilometer traveled of 99 grams. This means having an average consumption of 3.3 liters per 100 kilometers when equipped with the automatic gearbox ZF eight relations, but without skimping on performance: It is capable of doing 0-60 in 7.8 seconds with its 163 horsepower.


On the other hand makes mention of the 330e, the plug-in hybrid variant of the 3 Series that will arrive in a few months to the market and will have a total power of 252 horses with a homologated average consumption of only 2.1 liters per 100 kilometers.


Come on, in short: News to keep in force the global leader in premium D-segment sales, now that the C-Class begins to "achuchar" with its new generation, and the new generation Audi A4 is just around the corner. Today, AMG and M3 variants aside, the 3 Series is still the dynamic reference, so in that sense, from the prism of those looking for the sedan "driver", it is clear that still dominates. If it improves in content and aesthetics it will have more in its favour. But it gives us that in Europe the A4 can hurt if Audi knows how to hit the right key when launching its new product.

By the way, we still have no updated price list for the new and ... very extensive range of 3 Series, but we will continue to look around in case we find it.