On the other hand, the equipment aspect has been reinforced, as BMW wants to reduce the perception that their cars are poorly equipped, especially in relation to their price. Elements such as the 6.5″ screen with iDrive, xenon headlights, emergency call, BMW ConnectedDrive services or tire pressure control become standard on any 1 Series. Optionally you can have an active cruise control with stop and go function (Stop&Go), as well as an improved parking assistant.

In addition, equipping a 1 Series becomes much simpler, since it adopts a policy closer to the generalists, offering equipment packages with several integrated elements and an interesting price for the set: Advantage, Sport, Urban and M Sport. To date, configuring a 1 Series allowed a lot of freedom, but it was tedious to put many things by the incompatibilities between options and the wide variety of these. At the end of the day, it's one of the things that make the product premium, that freedom and ability to customize. 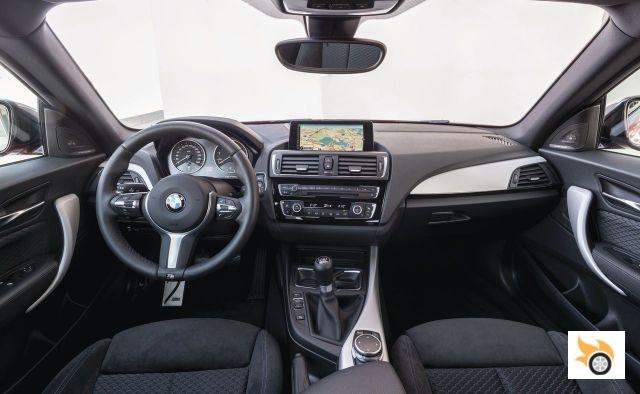 However, not everything that the new model experiences is for the better. I'll explain. When BMW launched the 2 Series Active/Gran Tourer, it started down a dangerous path that it's not yet clear where it's leading. It is the betrayal of very clear ideals, where the engine is placed longitudinally, and the power is received by the rear wheels (obviating the Isetta, of course). That path is via the MINI platform (which isn't so mini anymore), transverse engines and front or all-wheel drive. Although the BMW 1 Series (F20/21) is still free of this mechanical arrangement, it is an open secret that the same thing will happen in the next generation.

BMW Ibérica officials at the presentation of the 1 Series didn't confirm it, but they didn't deny it either. BMW is going against its own philosophy, which is to offer a really different dynamic behaviour. But that's not all, there is another move that will not please the enthusiast at all, and that is the arrival of new three-cylinder access engines to reduce emissions and consumption in the data sheets. These engines, which are very good for utilitarian and compact low-end, will be offered in a compact that does not fall below 25,000 euros and is positioned as Premium.


When the 1 Series was launched 10 years ago, it was a continuation of the concept already explored in the BMW 3 Series Compact. This concept was the same as the Mercedes C-Class Sportcoupé, a saloon derivative for the compact segment, with longitudinal engines and rear-wheel drive. It was a cheaper BMW than the 3 Series, obviously, but shared that special driving dynamics, with an ideal weight distribution between axles (50:50), which the current model retains. 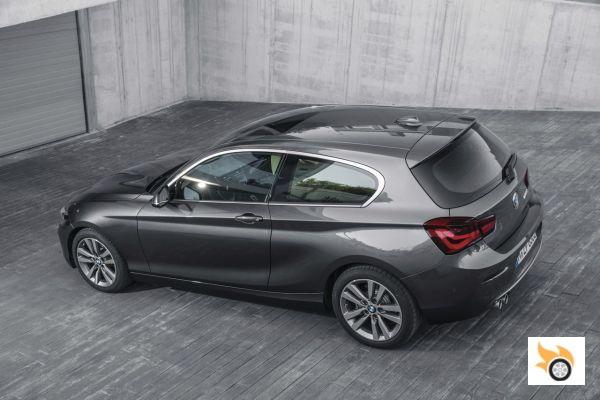 The engines were four-cylinder or six-cylinder, always in line. For obvious reasons the diesels had more prominence, especially the 120d and later 118d: very good performance with a very reasonable consumption. I drove one of the first units of the previous 1 Series, the E87. The entry-level model was the BMW 116i, with the N45B16 engine and 115 hp. It got 7.5 l/100 km of petrol (back when those figures were good for something), reached 200 km/h and 100 km/h in 10.8 seconds.

This engine was, to put it bluntly, just fair. I found it very lazy in its day, but with low throttle loads it could spend little, and it spent what it had to spend. Being naturally aspirated, it had a very predictable and linear power delivery. That engine was evolving but for the sake of reducing consumption at the time of homologation, has replaced a three-cylinder. BMW has created a family of three-cylinder engines, which have in common the maximum possible, even between gasoline and diesel.


Still with data, top speed 195 km/h and acceleration 0-100 km/h in 10.9 seconds. It's slower than the model of 10 years ago, among other things because of the long gear ratios. Back then there were five gears, today there are six, and in my opinion they're too long. You have to change gear often, if you're into diesel, you're not doing well. Although I tried to get the 116i to test it, I was overtaken by faster colleagues and I had to "settle" for something more interesting, the six-cylinder M135i, which I'll tell you about later.

I drove the 116i for a few miles, which were by far the most disappointing I've ever spent behind the wheel of a BMW in my life. To a mate in the passenger seat I said the following: "If you were a BMW salesman and I was testing it to buy it from you, I would have told you by now that the test was over, and not to count on my money".

That's how rude it is, I found the engine to be well below what I expect from a BMW, a premium brand, and not just since yesterday. According to the press kit (and I quote): "The new 1,500cc three-cylinder petrol engine is also distinguished by its spectacular sound and extraordinarily silky performance". I'm telling you, no, it doesn't sound better than a Peugeot 108 or a Renault Twingo, nor is it silkier. I continue: "Its vibration level is similar to that of inline six-cylinder engines, as this engine is not affected by mass forces of the first or second order". You wish, in your dreams.


Those two statements in the press kit are just not to be taken with a grain of salt. 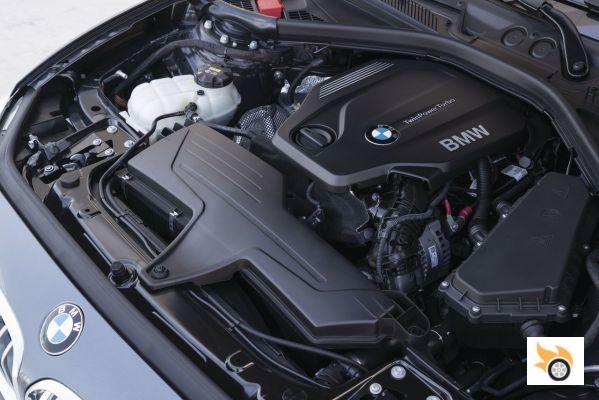 I didn't drive it for long, I insist, but it was enough to realize that it wasn't refined, that it does vibrate, that the gear lever vibrates at idle (the Stop&Start makes it up), that its sound is nothing special, that the power delivery is stumbling and it lacks bellows. Can anyone tell me where is the evolution? I honestly can't see it, is it cheaper because it's a model that has a lower manufacturing cost?

It's even more expensive! I'll play devil's advocate, the equipment has improved significantly compared to the 2012 model. The first generation 1 Series was more sparsely equipped, especially considering that for the same price you could buy a Ford Focus, a SEAT Leon or a Citroën C4 with a lot of equipment for the same engine. The feeling of the premium character was more noticeable behind the wheel than looking at other things. 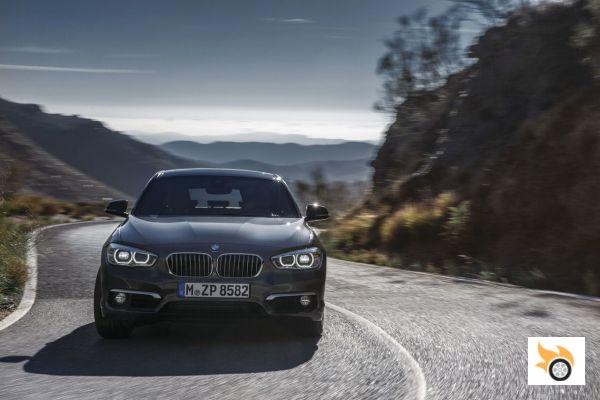 I don't recommend buying the 116i three-cylinder, except for those who always drive at 90 km / h, on roads without slopes, and go alone: in those conditions it goes better. Otherwise, the driver will realize that his driving experience will be unpleasant, because it has all the drawbacks of a general utility engine, and the real consumption will hardly vary. It's rated at 5-5.4 l/100 km, and as usual lately, that's overly optimistic.

The price difference with the 116d is negligible, it is not worth the 116i to save money.

The other three-cylinder engine, which I haven't tested, is the 116d. It's called the B37D15, gives 116 hp, 250 Nm of peak torque and is rated at 3.4-4 l/100 km. The 116i can't opt for automatic gearboxes, which would make up for its shortcomings in terms of response, but the 116d can. Both are turbocharged, yes, but the low displacement is always noticeable at some point, and a diesel has more torque available. The EfficientDynamics version seems quite interesting, it's the BMW with the lowest fuel consumption in history: 3.4 l/100 km. 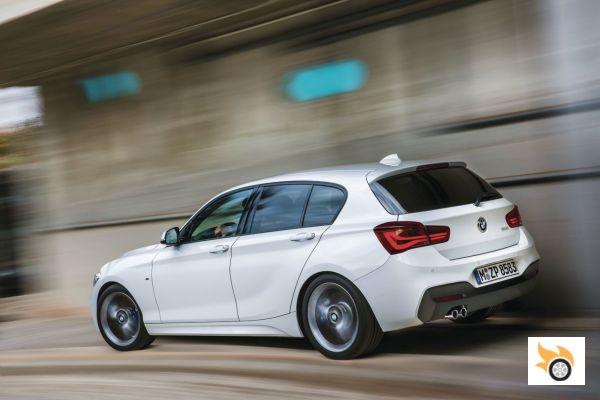 Returning to the access models (116i and 116d), neither Audi nor Mercedes-Benz have taken the step back to three-cylinder engines, although they will surely end up doing so. All this is done to reduce emissions on paper, because in real use, a tighter engine doesn't perform as well as a more relaxed one, and I'm sick of seeing it. It's also done to increase profits per unit, but where are the benefits to the customer, a reduced need for oil at overhauls?

Reading the dynamic impressions of a colleague, he tells us that the 116i is clumsy, that there are ramps on the highway where you have to downshift to fourth gear, and that the dynamism of BMW is in our imagination. The truth is, with engines like this, it doesn't matter whether we're talking about a front-wheel drive or a rear-wheel drive. The arguments for the car's architecture fall away when we talk about the lower-powered versions.

However, BMW's 1 Series is so well engineered that it can tame the 300bhp-plus six-cylinder engine, the N55B30, and deliver a driving feel that other compacts on the market can't offer. Maybe the next 1 Series will be roomier and have more boot space, which as everyone knows, is what the BMW customer is looking for. No. It was sarcasm. 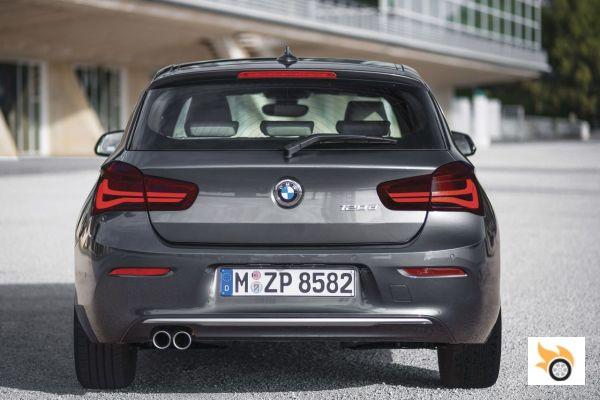 In short, dear friends, my advice is that before looking at a 116i, look for a used 118i/120i with low miles and better engines for the same price. They will consume practically the same, or maybe more, but they will make you happier drivers. Anyway, every convict deserves a fair trial, so I'll get my hands on a test unit to at least check if consumption drops appreciably in the 116i.

If not, and as they said in a place I used to frequent, it can go to the stake for me. Requiem for the 1 Series F20/F21, its successor will surely be a compact more of the bunch, less differentiated. In a few years, the 2015 models will be well priced. Aesthetically they've improved a bit on the 2012 F20/F21s, and have better equipment, but the 116i and 116d acronyms aren't going to write many pages in BMW history.

Gone is the BMW 114i, a heavily-capped 1.6 Turbo with 102 horsepower, but at least it was a well-balanced engine that could be boosted without much effort. A BMW 114i with three cylinders and 102 hp would have been something directly infamous, because we are not talking about a generalist, we are talking about a brand with a tradition of making good engines since the First World War.