The car was presented at the Frankfurt Motor Show in 1961. And it turned out to be a milestone in automotive history. In addition to approaching one million visitors (960,000, to be exact), the show was notable for the introduction of the seat belt to the public. It was also the year in which BMW presented the 1500, or Neue Klasse, as it was known in Germany. And there began its road to success, leaving behind the dark years of uncertainty. 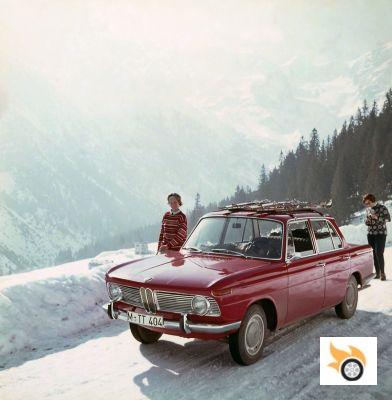 BMW 501 from 1952, clearly baroque. Herbert Quandt, together with Kurt Golda, chairman of the BMW board of management.

In the 50's, things were not going well for BMW, their sales were in free fall (what a difference with today!). The Barockengel, or Baroque Angels as the German public nicknamed the BMW 501 and 502, were no match for the Mercedes 220. Everything was in BMW's way, for example, the first 2,045 units were manufactured by Bauer because BMW did not yet have the tooling for the body panels. It is said that the little Isetta kept the brand afloat, as BMW was losing money on every 501 sold. The situation began to improve in the late 1950s with the arrival of the 700, but for many it was too late.

With the arrival of the 1960s, the post-war years of austerity were behind us, and German families were seeing their purchasing power rise by an average of 10% each year. BMW needed a model that the middle class, the new class, would embrace with enthusiasm. Its life depended on it, otherwise the brand would go bankrupt. 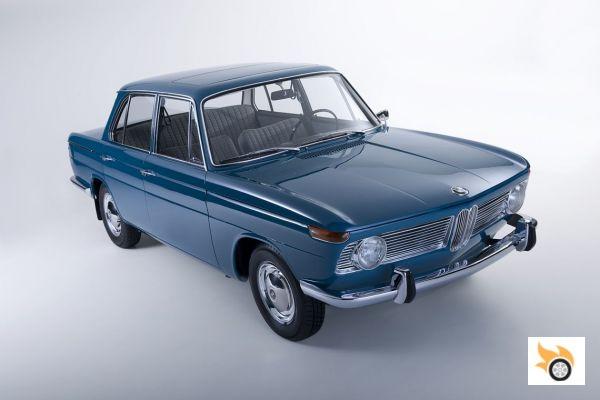 It is not that in the 50's BMW had folded its arms, but the chronic lack of funds made unfeasible the vast majority of projects presented. It's the fish that bites its own tail, I have ideas and projects, but I can't get them off the ground because I don't have the funds. And since I don't sell, I don't have funds to invest.


It was a case of life and death. If the 1500 was successful, the brand could move on; if not, Mercedes' lawyers would soon be knocking on the door.

Meanwhile, Mercedes waited patiently for BMW to declare bankruptcy so it could take over its facilities at a good price in order to increase the production capacity of Mercedes trucks, a flourishing branch of business in a Europe that took 30 years to rebuild. Fortunately for BMW, its largest shareholder, Herbert Quandt, managed to provide sufficient capital for the development of a new model and a new plant, the one in Munich Milbertshofen, and thus be able to manufacture that new model so longed for. It was a case of life and death, all hopes were pinned on the new class. If the 1500 found success, the brand could go ahead and aspire to more, otherwise Mercedes' lawyers would soon be knocking on the door.

The elegant design of the 1500 is the work of Giovanni Michelotti, although slightly modified by the head of the BMW design studio, Wilhelm Hofmeister. It is a simple, elegant design without excess. It is said that the famous BMW kidneys were not in the original design and it would be Herbert Quandt himself who would have insisted that they were back in the grille. And there they remain today, even in the new BMW i range.

With the 1500 the famous Hofmeister-kink, "or Hofmeister elbow" appeared for the first time at the base of the C-pillar. Originally it was not simply a design effect but a technical necessity. Due to the steel monocoque construction of the 1500, it was decided to eliminate every possible weak point at the junction between the roof and the rest of the body. In the case of the C-pillar, this involved structural reinforcement: the Hofmesiter-kink. Virtually every BMW since then has sported that "trick" in its design. 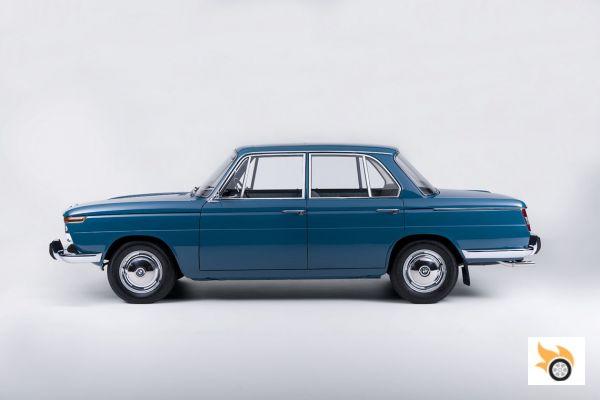 Judging by the hour-and-a-half-long queues to see the car at the Frankfurt Motor Show, the design was absolutely spot on. But it wasn't just good looking, it offered a spacious interior for 5 people and a 600 litre boot capacity. By the way, that's 80 litres more than in the current 5 Series...

Admittedly, the car was expensive. BMW announced a price of 8,500 Marks, but it still wasn't unaffordable. The model was initially presented with a 75 hp inline 4-cylinder at 5,500 rpm that gave a top speed of 150 km/h; quite a madness for a family car in the 1960s. Many doubted BMW's ability to industrialize the car in time for its commercial launch date in the summer of 1962. By June 1962, BMW already had 25,000 orders. Production finally debuted in September 1962 and the final price had risen to 9,485 Marks. The press at the time showered the BMW 1500 with praise. Customers were not disappointed either, as the car finally came with an 80 hp engine at 5,700 rpm. Recall that the 1500 block designed by the brilliant Falkenhausen, continued in the BMW until the late 80s. The engine was designed as a nervous, high revving engine, but it was also full of torque. It delivered 116 Nm of maximum torque, but 96 Nm were already available from 1,400 to 5,700 rpm, which made the 1500 a very lively car and even suitable for pulling the first caravans that are so popular in Germany and Holland. Another key to its success was its 53-litre fuel tank, which gave it a range of almost 500 km. 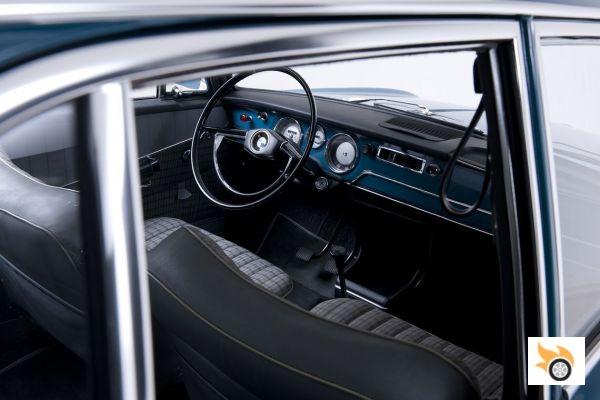 The dynamic behaviour of the 1500 was also one of its strengths. Developed by Fritz Fiedler's team, it had McPherson struts at the front and trailing arm suspension at the rear (semi-trailing type to be exact). Like the Falkenhausen 4-cylinder, this suspension architecture continued to be used until the E30 3 Series; the E36 is fitted with multilink at the rear. The 13" wheels of the saloon model made way for 14-inch wheels with tyres developed specifically for the BMW 1500, a risky gamble as BMW didn't have much time. In addition, the 14-inch wheels made it possible to fit larger diameter brake discs.

Great autonomy, spacious cabin and dynamic on the road, the BMW 1500 had everything to seduce the clientele.

The car was a success, but BMW almost spoiled everything. In order to meet the high demand for the car, had to employ new workers whose training was done directly on the assembly line. The 1500 began to come out with a high failure rate and customers noticed. Fortunately it did not affect sales, because in mid-1963 the brand imposed quality controls at each major stage of production to prevent defective models from coming out. 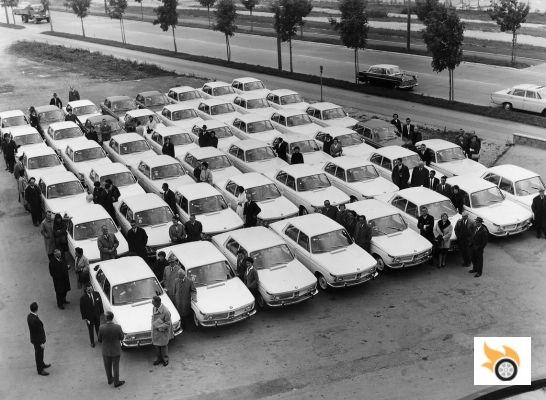 The 1800 Ti variant arrived at the same time and was aimed at an "international clientele who wanted a very fast and luxurious car", according to the texts of the time. It cost 10,960 Marks and its engine produced 110 bhp thanks to two Solex twin-barrel carburettors, a higher compression ratio, larger valves and a camshaft with sharper cams. These were not the only modifications, the steering was more direct, the gearbox had shorter gear ratios and the suspensions had firmer shock absorbers and springs, as well as a stabilizer bar on the rear axle. It was followed in 1964 by the 2000 Ti and 1800 TISA, for Turismo Internazionale Sonderausführung. This was an edition limited to 200 units for homologation in competition. It had a 130 hp engine, bucket seats, firmer suspension (with adjustable shock absorbers), a self-locking differential and a choice of gearboxes (a 4-speed gearbox or a 5-speed gearbox with a choice of four final drives). Some see it as the precursor before the M3 (the 3.0 CSL is considered the creator of the M lineage). 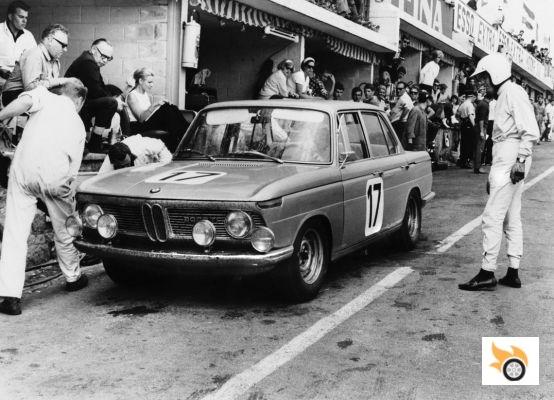 In 1972, the Neue Klasse was discontinued. BMW had sold more than 350,000 units and the profits generated by this new class allowed it to develop the E3 saloon and the E9 coupe, the most famous version of which is the 3.0 CSL that started BMW Motorsport (or BMW M), as well as the famous 2002. If it wasn't for the new class and Herbert Quandt, today BMW could be manufacturing the new series of Mercedes Actros... 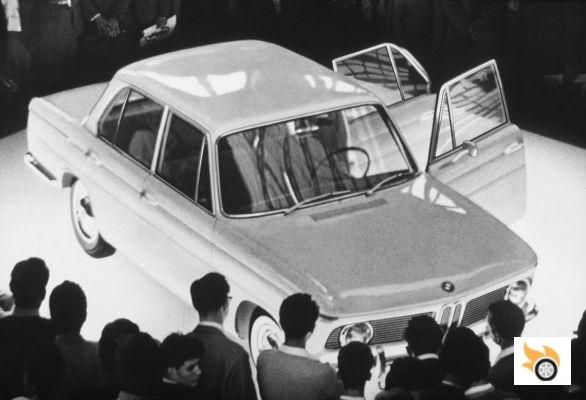 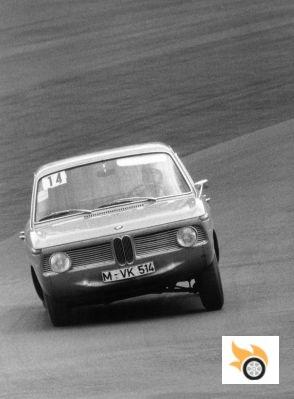 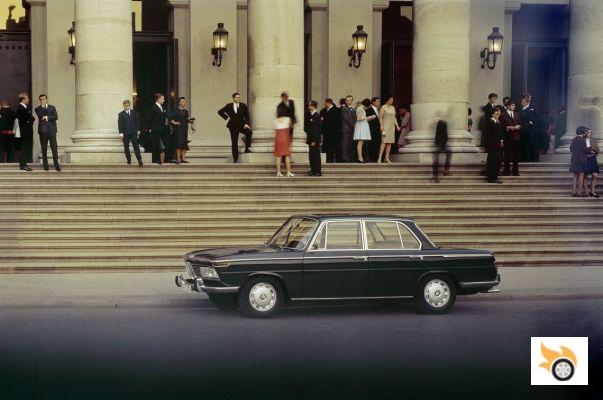