This Volkswagen Derby was marked by a visit to its birthplace.

Our protagonist is a simple two-door Volkswagen Polo of the second generation, specifically called Derby. Let's dive into a bit of history for a moment. The first generation of the Derby was in production between 1977 and 1980, formerly known as the Audi 50. During the first few years, the Derby is a sales success with 72,412 units sold in 1977 (more than the "regular" Polo). At the end of 1980 the second generation of both the Derby and the Polo is presented. By 1984 the range was restructured, with the Derby name being replaced by the Polo Classic which, due to low sales, was marketed as the Passat Stufenheck from 1985. In that year, only 5,044 units of the Derby were sold.

Most of the parts of the Derby are interchangeable with those of the first two generations of the Polo, as only the side panels and the trunk door change. The grille and headlights are identical, although for the second generation, the Derby optics would become rectangular against the round ones of the Polo. With the name change in 1985, the Polo Classic again share grille and headlights with the Polo hatchback and coupe.

Note the lower black plastic protections, the crossovers have not invented anything.


Although the third, fourth and fifth generations are not too much for our history, it never hurts to make a small mention. The third generation of this model, unlike the previous two, is not designed from the Polo, but from the sedan version of the SEAT Ibiza, the Cordoba. It remained in production until 2008. The fourth generation was introduced in 2003 and is still in production today. Just as the first two generations were in their day, this fourth part of the Polo hatchback. For the Russian, South African and Indian market was introduced in 2010 the sedan version of the Polo V, called Vento in the latter market. It is marketed with four-cylinder engines of 85 and 105 hp, FSI and TDI.

And after this historical review, let's go to the story at hand. 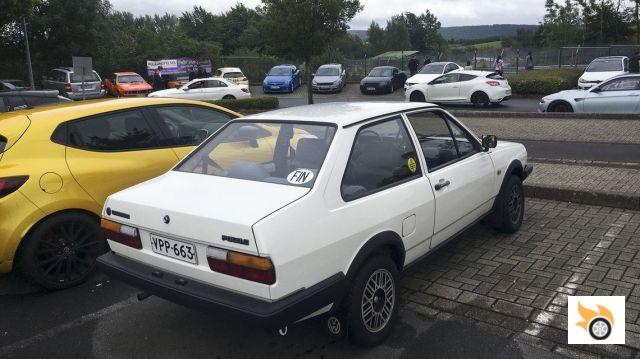 The young Finnish owner of the Derby and his girlfriend were parked on a street in Tallinn, Estonia, with thousands of miles still to go and a white Volkswagen making strange noises. A hipster appeared out of nowhere, put his hand on the roof, wished them luck and continued on his way on an old bicycle. "Kōik saab korda" - "Everything will be fine," said the smiling boy in Estonian.

The journey to Wolfsburg, Germany, began in Helsinki, Finland, with the idea of returning the humble Volkswagen Derby to the place where it was built more than 30 years ago. Our protagonist was purchased by its owner in 2013 for just 60 euros, with a bad head gasket. Once repaired, its owner wanted to make a very long trip through the Baltic countries and Poland to visit the city that gave life to the car. During the long life of this simple Volkswagen, it had hardly travelled 100.000 kilometres, so 3.000 kilometres more were pecata minuta.


The car was making some very strange noises. The only place open one weekend during the trip south was an Estonian VW dealer who inspected the car and confirmed the problem: the bearing in one of the front wheels. Taking advantage of the carriage, the other front bearing was also replaced. The car felt much better on tarmac. Fortunately, the sightseeing would improve as the kilometres went by. Arriving in Warsaw through the Polish countryside, our Finns came across an FSO Polonez factory.

Old Polish-built Fiats were in abundance in Warsaw. Later, in Dresden, Germany, they found a Trabant specialist garage, which they were able to visit. The next day they visited the Wartburg factory museum in Eisenach. Most of the old factory was razed to the ground, but what remains is a brick building full of idiosyncratic East German cars and the stories they tell; a stark contrast to the glass and steel factory of the VW e-Golf - formerly the Phaeton - in Dresden, which they also visited.

The next few days would be plunged in relentless rain, but the Polo seemed to suit the German roads from the former East Germany to the Nürburgring. It's not usually advisable to go on a sightseeing tour of the famous track in pouring rain (let alone in a 30-year-old econobox), but since the track was open and not as busy as usual, a little spin wasn't such a bad idea. Of course, that was after having the wheels balanced at a Porsche specialist garage that insisted on working on the Derby for free. 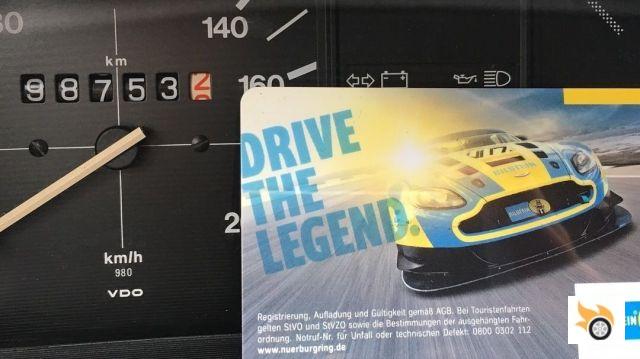 After that spin, it was time to head to Wolfsburg.

Volkswagen archivist Dr. Ulrike Gutzmann explained that these cars from the 1980s were no longer seen in very good condition, although enthusiasts of the marque would often contact them to find out more about their mounts 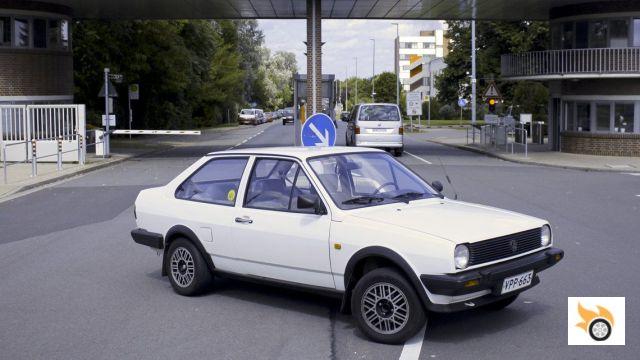 A signed certificate of the car's origin was handed over, where the frame date and original specification can be noted. A visit to the factory, museum and Autostadt Park, the modest little Derby was in Berlin preparing to rest for a couple of days. It had done well.

"As we parked the VW aboard the ferry back to Finland, I began to appreciate that the two-week, nearly 5,000km trip would have been almost impossible in 1986, when the car was new and the Iron Curtain remained intact." Eastern European border crossings were a breeze compared to the late 1980s, and while the car has remained mostly intact since it left the Wolfsburg factory, Europe has not. Between its two homes, the factory and the small Finnish town where the Derby had spent decades, the sky was high and the road was straight, with open meadows in every direction.

But at no time did the little white car really feel all that it lost. 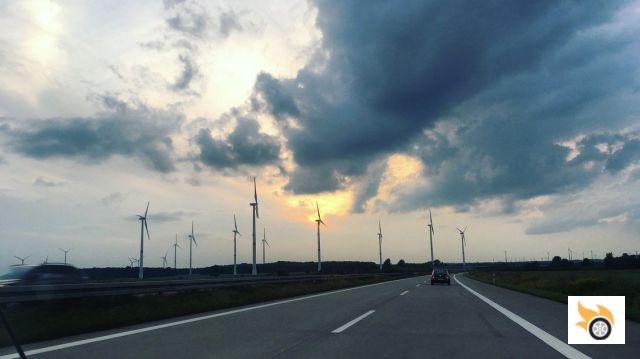 Chinese standards, a new threat to the industry ❯

add a comment of This Volkswagen Derby was marked by a visit to its birthplace.