The segment division among SUVs 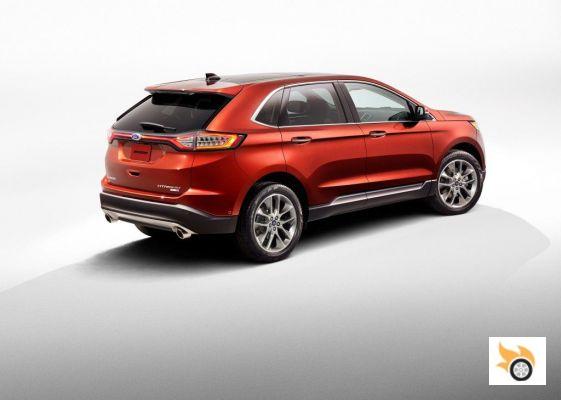 The market, the commercial reality, has time and again thrown out any "objective" attempt to qualify cars and put them in a particular segment by specific size issues.

In the end, segmental grouping, which in the United States is done by cabin volume (measured objectively) in Europe is something much more ethereal, partly forced by pricing, equipment and engine policies.

The ultimate goal of each manufacturer is to fit its model in the market niche it wants, by focusing on price, performance, equipment and marketing strategy to make it competitive with others.

But how many SUV sizes fit in the European market? Let's take a brief look at what we have, paying special attention to those models that sail between two waters.

So far no one has dared to take a gamble in the A-segment with an SUV, but something tells us that sooner rather than later this will happen. Who will be the first to arrive? Volkswagen already showed us its conceptual Taigun a couple of years ago. It would certainly be a good way to compete effectively in the A-segment, now that the Up!, the Mii and the Citigo show that VAG still hasn't found the key to work in that size.

Will any other brand sign up? It's clear that if market analysts find room for it, it won't take long for FCA to put a Jeep in the A-segment. They already have the platform, with the Panda 4×4 Cross proving a very good basis for creating a "credible Jeep".

Here there are a multitude of well-defined models. Captur, Juke, 2008 or Mokka are "full-fledged" B-segment products. But there are others that are "B plus", larger and positioned in price as more expensive, trying to play both sides, trying to take sales from the C segment, even though they are cars that, officially, should belong to the B segment.


In this game between two waters we have products like the Honda HR-V or the Mazda CX-3. Both measure "what a B-segment", but their prices are around those of a Qashqai. The 500X is also almost in the C-segment (boot capacity, price...) while the Countryman is more expensive than a Qashqai, in fact. The HR-V is a really special case, and has been the trigger, along with Mazda's situation, to create this article. Both brands have positioned their products very conscious of the fact that their real objective is to steal customers from C-segment models, although in terms of external size the cars play in a different league.

The product planners of the 500X and Countryman are also clear that their cars are alternatives to the traditional compact, and their target customer is the one who intends to spend 25,000 euros on an SUV, offering "intangibles" of brand, image, design and "aspirational car" with respect to a larger and more logical purchase (Qashqai, again).

The European craze with "asphalt SUVs" started here, with the Qashqai stealing sales from traditional compacts. Until recently it was the most important crossover segment, although now the trends seem to be moving to a size immediately below it.

Here we have the Tiguan, Volkswagen's first successful SUV by volume (after all, it's the leader in many markets), the aforementioned Qashqai, the recently launched Kadjar, the Mitsubishi ASX, the Range Rover Evoque, the X1, the Q3 and the Mercedes GLA... And those yet to come, with new models from Jeep and Fiat in the next 18 months.


But here we see a rather marked generational shift. While most of these models were born as "pure" C-segments, now some of the initial rivals, such as the Ford Kuga, have started to grow, to enter a segment that, in a way, was "non-existent", that of the D-SUV.

Just as a gap has opened up underneath the C-SUV to make way for the B-SUV, there has also been an extra need for space. Nissan quickly captured the interest of those families who needed more boot than the Qashqai offered. The problem with the Qashqai in that respect was that it wasn't competitive as an alternative to a large D-segment saloon, and so the Qashqai+2 was born, a sort of alternative to a seven-seater MPV, with a larger boot.

The experiment was so successful that the car is now called differently (it has inherited the X-Trail brand name) and is now a fully-fledged D-SUV, bigger and more capable than the C-SUV, aimed at families who value space and want more boot space.

Brands know that this type of customer can get about 30,000 euros out of your pocket for the car, thus explains the positioning of many of the models that ride for power and space between the C and D-SUV. Cars like Mazda's CX-5 or the Ford Kuga have entry-level versions around £23,000, but in reality customers end up putting around £27,000/£30,000 into them.

The Honda CR-V also plays in this league, as does the (already outdated and awaiting renewal) Opel Antara or the Mitsubishi Outlander and the Jeep Cherokee.


Right now there is still no clear line between these two segments, C and D, and there are brands that are still not very clear how to play their trump cards. Volkswagen is a good example. It will release a new generation of the Tiguan, and will offer it in three body styles, "normal", "coupe" and "seven-seater". As the seven-seater will already be big enough, it seems that the company will dispense with bringing the production model derived from the Yankee CrossBlue to Europe, which really would be more and better placed for the D-SUV segment, with about 4.65 meters long.

Those who do have the D-SUV position more than assimilated are the German premiums, with the X3, Q5 and GLC well positioned on this front. The Porsche Macan also has something to say.

Ford, meanwhile, is bringing the Edge from the United States, as a complement to the Kuga, but with 4.7 meters long and a "premium" finish, plus seven seats, we could say that already plays in a higher category, with price "X3" and aspirations of internal capacity "almost X5".

Here only large and very large premium products play. Cars like the Porsche Cayenne, the Volkswagen Touareg, the Range Rover Sport or the Audi Q7 rub shoulders with prices that, in the best of cases, already start at 60,000 euros.

The price jump with respect to the D-SUV is very marked, and one wonders if there will be any general brand that dares to offer "E" size, with seven seats and 4.8 meters in the segment, with a price around 45,000 euros. Skoda has the potential to play this game here with a future product that would surely have commercial space to make sense.

And when "everything is not enough", there are the SUVs of representation. Before there was no one in these parts, but the traditional Range Rover has been raising the bar to facilitate a place in this place (although it is still a very capable TT to be confused with a "asphalt" SUV.

It will now have rivals from the likes of Bentley and Rolls Royce, at eye-watering prices, but do these products really make sense in Europe?

In the end, as you can see, the explosion of SUVs is giving birth to sub-categories where previously the market could barely be divided. Product planners can play with different sizes, different price points and different aspirations to enrich the product range and continue to take advantage of a new market division that allows more profitability per car sold.

Because it is worth remembering that the end customer is always willing to pay a premium to take an SUV home, and that premium is the big reason why brands are betting so heavily on this new commercial vein. Because Nissan earns more selling you a Qashqai than selling you a Pulsar, and it's not the only one.

But is this market division sustainable in the long term? MPVs proved at the time that they could be made in many sizes, but they never caught the imagination and dreams of owners. SUVs are still just camouflaged MPVs with a tougher, more "macho" look. And even if we don't see the objective sense in them, they have to be recognized as much more emotionally charged than a traditional MPV.

Honestly, I don't think the SUV appetite will fade in the short or medium term, and I do see that the most skilful and intelligent brands will end up launching a new SUV to cover at least the three key segments: B, C and D.

add a comment of The segment division among SUVs