10 mistakes you can avoid before passing the ITV (II)

Let's start with the fumes on petrol vehicles.

If the vehicle is not catalysed, only the CO (Carbon Monoxide) value at idling speed is checked. However, if the vehicle is catalysed, the CO values are analysed both at idle and accelerated, as well as the Lambda value, which indicates the difference between the management of the mixture entering the engine and the theoretical one (stoichiometric mixture). The ideal number is 14.7:1.

Driving does not have as much influence on petrol cars as it does on diesel cars when it comes to passing the smoke test. 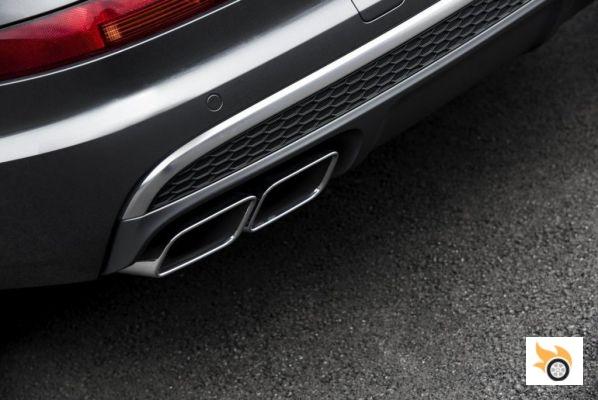 The way to pass a petrol vehicle with guarantees is that the vehicle is warm and all the elements that influence combustion and the treatment of gases are in good condition (filters, spark plugs, catalytic converter, exhaust pipes without holes, etc.).

In diesel vehicles only the opacity value is measured. As its name suggests, it is a value that indicates how opaque the vehicle's smoke is. The method consists of introducing the probe through the vehicle's exhaust pipe and switching the engine to pump cut-off. The exhaust gases are then passed through a machine that measures the opacity through a laser beam. It may seem a bit "basic" method, in fact it is, but it is the only way to check fumes in a simple and quick way.

And now those of you who have "squids", you may ask: What is the opacity limit for my vehicle?


If the vehicle does not have a plate, the limit value is taken as indicated in the Inspection Manual, which is usually less restrictive. Now, from May 2017 (for those who do not know what day you live in, as I do, it is in a month and a bit), if you do not have that number anywhere on the vehicle, it will be noted as a minor defect in the Inspection report. A reminder that slight defects does not mean we will not pass the MOT.

The problem will appear in May 2018, when the absence of this number is a Serious Defect. Then, yes, we would not pass the inspection. 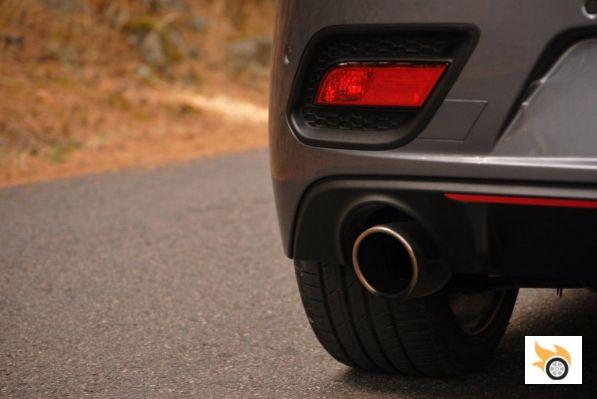 This casuistry is even more aggravated when we take into account that the first ITV is at 4 years (in most cases). Let's imagine that we bought a vehicle yesterday, and in the first four years we have to change a part where that number happens to be written down. We would go to the ITV without this number because they have not warned us that when we go to the ITV it will be a Serious Defect. Intolerable.

The ideal is to know where this value is located and communicate it at the ITV when passing inspection if the person who checks the car does not find it.

As a tip to pass the diesel smoke test favourably, the recommendation is to go for a drive with the engine at high revs (without running and without doing anything wild). Avoid the typical "know-it-all" brother-in-law advice, such as pouring a litre of petrol.


An intake filter cleaning can work miracles (if it is very dirty it doesn't let air into the engine and when accelerating more fuel is injected than it is able to mix and more particles are generated). The EGR cleaning could also help, if we offer to cancel it is convenient to know that in many cases the cancellation involves the MIL light on the chart (we talked about this witness in the previous installment). 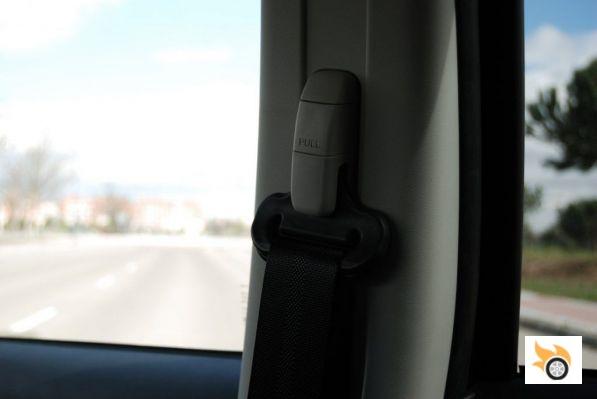 All the vehicle's doors must open from both the inside and the outside. They must be checked, because in the event of an accident, if a door is disabled, it may prevent us from getting out of the vehicle by our own means and end in tragedy.

Something similar happens with seat belts. There must be as many three-point belts (the most common in cars) as there are seats in the vehicle, both the belt and the anchorage must be accessible, and they must come with the approval label. In mixed vehicles if the belt is integrated into the seat itself (in the case of some people carriers) to see the seats you only need to see the seat anchorages. In vehicles in which the seat belt is integrated into the bodywork, the seat belt cannot be removed. This would mean a seat cancellation and would be considered a refurbishment.

Number plates must be of an approved type, must be in good condition and the number must be perfectly and completely visible. There are vehicles whose number plates are more exposed to the elements, so they should be checked more often. It is also common for the sun to erase the area of the number plate where it indicates that it is Spanish and that it belongs to the European Union. If this happens it is also considered a Serious Defect.

As a piece of advice, you should not paint the number plate to restore any number, nor should you stick any kind of stickers on it.

In the case of motorcycles, the number plate holders must cover the entire perimeter of the number plate, otherwise it can be considered as a sharp edge and would be a Serious Defect. 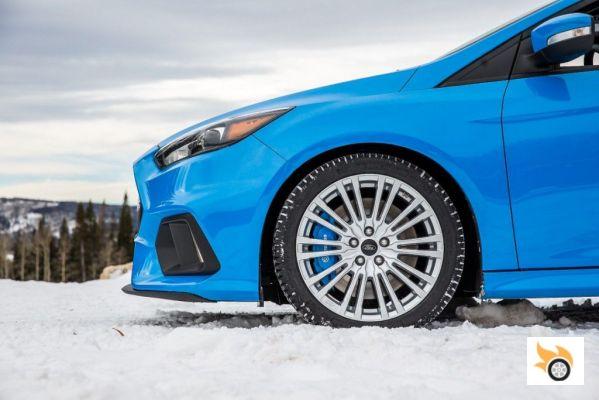 We could do a whole chapter on tyres, but we will try to summarize a little and try to explain the most common Serious Defects.

The tyres contain tread wear cores. So far so good. What happens is that very few cars tread correctly, due to poorly made parallels or because many cars have negative camber and tread on the inside of the tyre. Often this leads to error, since the outside of the tire looks new and the inside may be showing the canvas with its wires (Very Serious Defect).

Tires do not have - a priori - expiration date, there may be tires manufactured ten years ago that are "fine" and tires manufactured four years ago that are cracked * or crystallized, it all depends on the quality of the compound and if the tire has been rolled a lot (not usually cracked because they are long time at the optimum temperature) or little (usually cracked because they do not reach the optimum operating temperature and the rubber is deteriorating). Manufacturers recommend an annual tyre check if the tyres are more than five years old.

NOTE: The term cracked applies to a tyre that is not crystallised but shows signs of ageing, such as cracks in both the tread and sidewall. 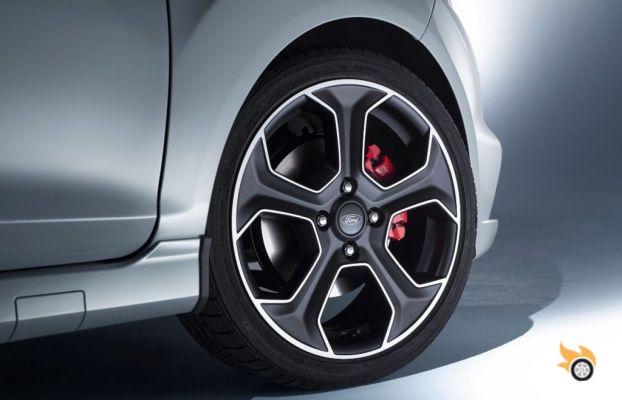 The tyres that must be fitted to the car are those indicated by the manufacturer both in the technical data sheet and in the reduced data sheet, or one equivalent (+/- 3% run per revolution) to any of those mentioned, maintaining or exceeding the load and speed codes.

The load code indicates the maximum weight that the tyre will hold per wheel. If there are two wheels on the same axle, the sum of these weight values must never exceed the Maximum Authorised Mass of that axle. As for the minimum speed code, it must be the one specified by the manufacturer in the technical data sheet or reduced data sheet. If it is not available, for passenger cars (M1) and vans with a MMA of less than 3500 kg (N1) it is Q, valid for 160 km/h.

Winter tyres (M+S) must be at least Q and if the vehicle's speed code for conventional tyres is higher, a sticker must be placed on the dashboard to alert the driver that he/she is using snow tyres and cannot exceed the speed of that tyre.

As we mentioned in the first article of the ITV series, modifications must be noted on the technical data sheet. If we have a reform noted and we make a modification to return to the original state, we should also go through ITV to note the respective disassembly. Let's take a practical example: our vehicle has some spacers noted in the technical data sheet, but we are tired of them. If we go to the ITV without them we would not pass favorably, although we have returned to the original configuration. The same applies to towbars (they must also have the identification sticker and match the data noted in the data sheet).

Finally, I would like to close with a reflection on a typical phrase heard in ITV: "Take a good look at it because I am carrying my children in it". Cars are always looked at well, but when there is a Serious Defect and the customer has to spend money and come back again, some people no longer think that their children are in it.

With this series of faults we have wanted, and we want, to help, not only to pass the ITV, but also that our family goes safe in the vehicle we drive.

We also remind you that having a vehicle implies a series of duties, and one of them is to have it in a good state of circulation so as not to be a danger to yourself or others. The intention of this series of entries to come is to bring the user closer to the ITV. The ITV is, or should be, a place where we can go with any questions or to inform us before making changes that may involve reform.

10 mistakes you can avoid before passing the ITV (I) ❯