The birth of the Ronda

In 1979 a pre-agreement was signed for Fiat to acquire SEAT in 1980, but Fiat decided not to go ahead with the agreement, and it was then that Juan Miguel de Antoñanzas (head of SEAT), aware that they were losing their technological partner and determined to ensure the survival of the Spanish brand, entrusted his technical department with the development of new models, essential for the brand's future.

On the other hand, when Fiat left SEAT, it did not want the Spanish brand to be able to export models with Fiat aesthetics, which could have competed with it outside of Spain, and for this reason, one of the terms of the agreement detailed that: "in the event that SEAT proceeds to restyle the Ritmo, 127 and 131 models by restyling their bodywork, using the mechanical groups of the current Fiat Auto licensed models, the aforementioned restyling will refer not only to internal and external finishing elements, but also to significant elements of the external paneling". 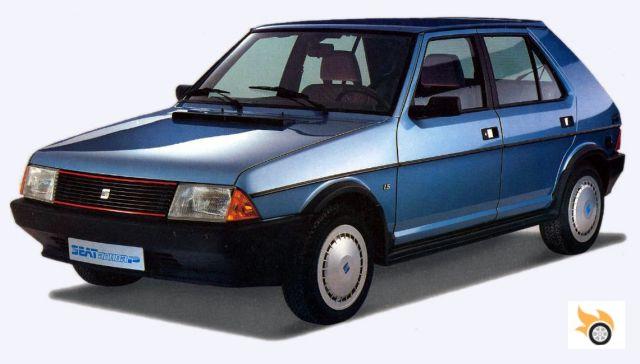 This meant that SEAT could design and market cars based on Fiat technology worldwide, although the agreement required them to have a sufficiently differentiated look from Fiat models... SEAT then decided to develop three new cars, which would be based on the Ritmo platform, which at the time was the most modern model in the range. The three new models based on a shared platform were codenamed S1, S2, and S3, and would later be called Ibiza, Ronda and Malaga.

There wasn't much money or time to launch the first model, as SEAT was in a hurry to create its own range for export, and so it was decided to restyle the still-modern Ritmo. The exterior design was entrusted to Rayton Fissore, with Tom Tjaarda responsible for its design, while SEAT itself was in charge of the interior redesign. The result was not only aesthetic, the aerodynamic coefficient (Cx) dropped below 0.38.


Between the improved aerodynamics and the standard fifth gear across the range, SEAT boasted that it lowered fuel consumption [compared to the Ritmo]. 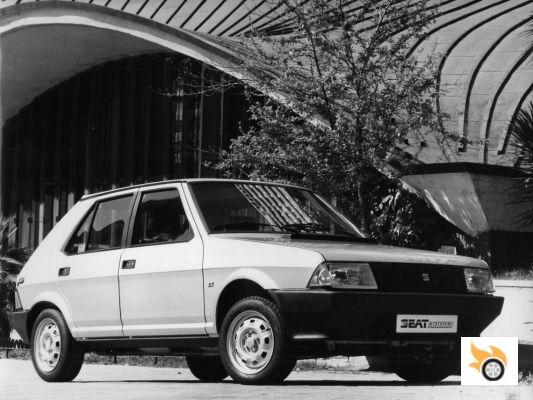 The Ronda went on sale in 1982, just four years after the Fiat Ritmo appeared, and although its design was not too new, it was attractive and coherent, resulting in a logical evolution of the Ritmo's design. In fact, the redesign that Giugiaro was preparing for the Fiat Ritmo was very similar to that of the Ronda, so Fiat was forced to modify the restyling of the Nuova Ritmo, adopting a different front, but out of fashion at the time, and somehow, less natural and coherent, which ultimately hurt sales of the Nuova Ritmo.

Fiat filed a lawsuit against SEAT at the International Chamber of Commerce in Paris in November 1982, claiming that the Ronda was too similar to the Nuova Ritmo, which - according to Fiat - was in breach of the agreement. Fiat was seeking an export ban on the Ronda, accusing SEAT of selling "pirated" Fiat spare parts in its European dealerships...

The trial lasted two weeks, and the court ended up travelling to Barcelona to compare the two cars live. Someone at SEAT was inspired, and prepared the famous black Ronda with the parts that differentiated it from the Ritmo painted in yellow, (a masterstroke, which is still studied in universities and business schools) and the court dismissed Fiat's lawsuit. 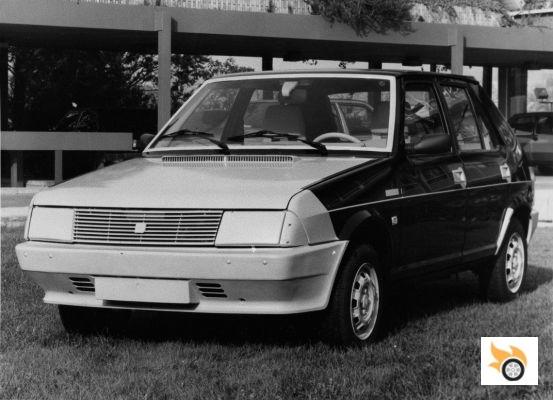 The important choice of name

The Ronda had the honour of debuting the new SEAT logo, with the famous "S" that - albeit retouched - is still used on the brand's models, and it also inaugurated the brand's tradition of naming its cars after Spanish cities, interrupted by models like the Exeo. The cute name cost it a lawsuit from Honda, which claimed that the pronunciation of Ronda and Honda was similar in some languages, and Honda threatened to withdraw its investment in Spain for the manufacture of motorcycles?


Finally, the lawsuit was settled after even the Spanish and Japanese embassies had to negotiate clauses limiting the number of Rondas exported, and a deadline for the retirement of the Spanish model. In one of the historical press photos that we have recovered from the archive, we read this caption: "The SEAT Ronda is the first step in the affirmation of the Spanish company as a brand with its own personality and style. The Ronda will be exported in significant volumes to various world markets".

SEAT's five millionth unit was a Ronda, back in 1983. Juan Miguel de Antoñanzas poses next to it. 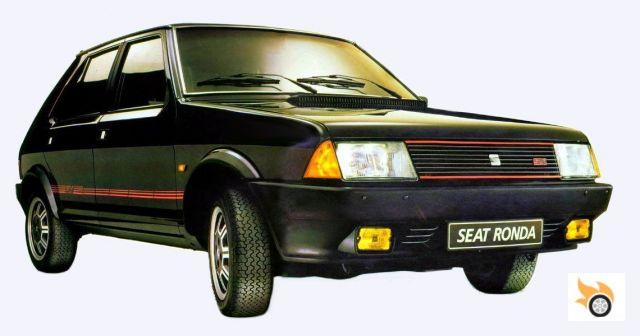 On a technical level, the first generation of the Ronda did not make any significant changes to the Ritmo, keeping the engines, suspensions and monocoque intact. The engines were still the petrol 1.2, 1.4 and 1.6 and diesel 1.7, manufactured in Spain under license Fiat. But in 1984 appeared the second series, which premiered its own engines, the Sigma "System Porsche" 1.2 of 62 hp, and 1.5 of 85 hp, which would be the basis that the brand motorized until the nineties, although the diesel version continued to mount the 1.7 Fiat engine. This second series also included a limited Crono 2.0 series with the engine already seen in the 131, of which only 200 units were produced. 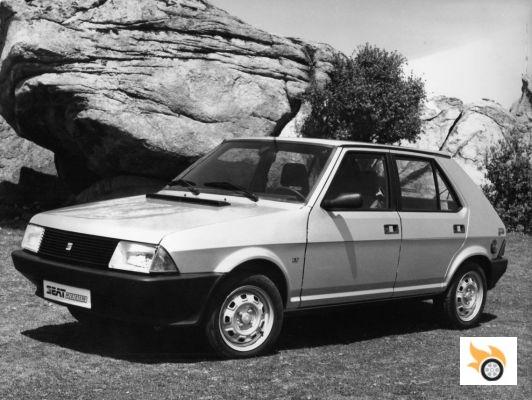 The Ronda was discontinued in 1987, a year after Volkswagen bought SEAT, and had no replacement until 1999 when SEAT launched the Leon, so the smaller Biza II and Cordoba had to fill the gap left by the compact. In total, 177,738 Rondas were sold, which isn't bad given the circumstances.


I was a teenager at the time, and in love with the Fiat/SEAT Ritmo design (especially the CLX in metallic brown, with its gold details, and brown upholstery...) and loved its strong personality, so I must admit that when the Ronda came along, I found it a boring car, and a backwards step in terms of styling. My opinion changed a bit when the Ronda Crono appeared, with its cool rims, its black painted waistline and its Racing checkered upholstery, and now that I look at it with perspective I start to appreciate its clean and honest design, full of coherence.

Moreover, the car represents the desire of the people of SEAT to move forward in very difficult times, the desire to fight to move forward, and we must recognize the role of saviour that it played for the Spanish brand, for "our" SEAT. His descendant, the Leon, is in the middle of the life cycle of its second third generation, and we have just seen its restyling. Great stories always have a beginning.

Extra back: some adverts from the era

And to put the finishing touch to the article, a film chase, when "el Torete" takes off in a SEAT Ritmo. It is part of the film "Los últimos golpes del Torete", an icon of the "kinky" genre, which tells the life of a juvenile delinquent in post-Franco Barcelona:

SEAT Leon Cupra ST and records at the Nürburgring ❯