SEAT Leon Cupra ST and records at the Nürburgring

This used to happen with the most radical models and, today, it still happens (although now it seems that it will no longer be possible, at least until further notice), even with compact models. Renault has already imposed two generations of Mégane RS as the fastest front-wheel drive compact on the Nordschleife. The first generation with a time of 8'16"90, for the second generation the time stood at 8'07"97. More recently, the Mégane RS took the record from the SEAT Leon Cupra with a time of 7'54"36, when Jordi Gené, driving the Leon, had set a time of 7'58"4. 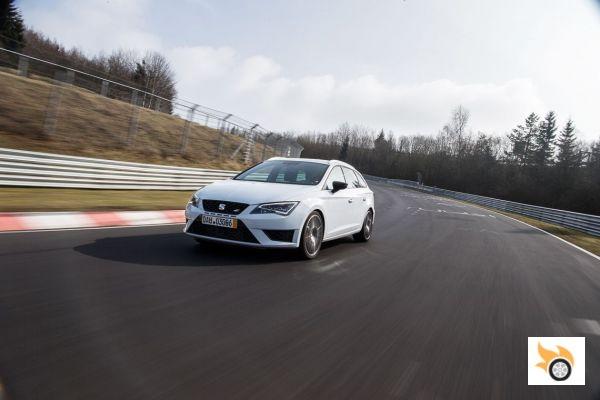 We all know the story surrounding the Cupra's feat, I personally heard it from Jordi Gené on 6to6's MotorDays last year. Here's a little reminder in case you missed it. Testing the Leon Cupra against its rivals (Ford Focus ST, VW Golf GTI and Renault Mégane RS), SEAT realised that the CUPRA was getting close to the Mégane's record. Jordi Gené was given the task of beating the record.

To do so, he prepared himself in the simplest and most efficient way possible: he bought tourist return tickets for several days (at 27 € per ticket/return), rented a car and started driving around like a madman. He says that every 5 laps he had to refuel. After 2 days he felt he knew the track and went for the record. And he did it, of course. Until Renault got bitten and took it away from him again, as we already know.

Far from giving up, the people at SEAT looked for a way to take advantage of the situation. Breaking the Mégane RS Trophy-R record with an ultra-radical Cupra is more than feasible (in fact, that car was built and tested at the 'Ring), but it doesn't make commercial sense, as there's no market for a Leon with a roll bar, 2 trunks and a race-bred lock-up.


While the Mégane Trophy-R is an extreme machine, the Leon Cupra is a very versatile car. It's even so versatile that it comes with an ST estate body, so why not try your luck with the Cupra ST? After all, Jordi Gené already knows the circuit and the car. 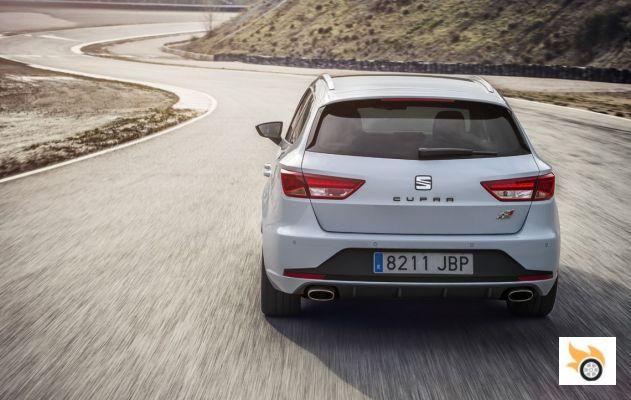 The Leon Cupra ST is, logically, the biggest of the Cupra family. It measures 4.54 m in length, while the Cupra SC measures 4.24 m and the Cupra 5-door measures 4.27 m. It is also heavier, as its official size is 4.25 m. It is also heavier, as its official weight is 1,466 kg, which is 71 kg more than the Leon Cupra SC and 45 kg more than the 5-door version. Not huge differences, but when you're going for a record, everything counts. What's more, according to the people at SEAT, with every 15 kg you take off the car you can improve your lap time by almost 1 second per lap. So, the Cupra ST doesn't seem to be the ideal car to beat a record. Even so, Jordi Gené allows himself the luxury of stopping the stopwatch in 7'58"1, thus improving by 3 tenths the time he himself had achieved with a Leon Cupra SC Performance Pack.

The Leon Cupra ST takes the record for the fastest station wagon on the Nordschleife, improving by 11 seconds the previous record held by the Audi RS4 Avant.

Not only so the Leon Cupra ST takes the record for the fastest station wagon on the Nordschleife, improving by 11 seconds the mark of the previous record held by the Audi RS4 Avant, but also does so by demonstrating once again its versatility, because it is not any special version, it is simply a Cupra ST 280 hp.


In fact, its versatility is such that it is almost impossible to get differences with respect to the Cupra hatchback in the day to day. Both in terms of dynamic behaviour and driving ease, driving one or the other is almost the same thing. 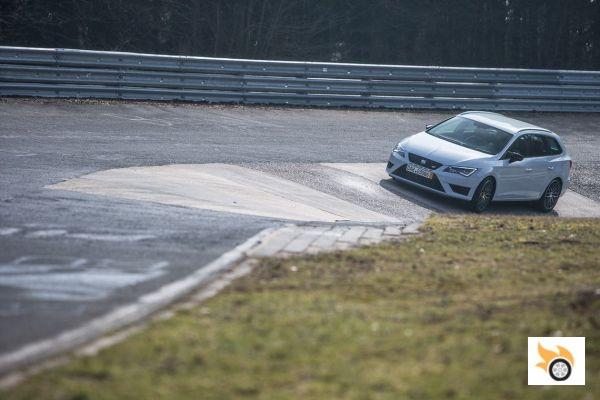 With the new speed limit of 200 km/h on some sections of the Nordschleife, it is very unlikely that lap records will be broken on the German track again this year. But what is the point of such records? The driver's hands, the traffic and the weather conditions have as much influence as the set-up, the power or the technical design of the car itself. The proof is that with a theoretically worse car (the Cupra ST), Jordi Gené marginally improved the time obtained with a car 70 kg lighter. The experience gained by Gené has undoubtedly prevailed in this particular case, but on other occasions, a sudden change in the weather can screw up your time. Remember that there are just over 21 km that run through the massif and forests of the Eiffel. This means that it can be raining at one end of the circuit and the sun can be hot at the other. In the same way, it is not the same to make the attempt in autumn, with cold (which favours turbo engines) and humidity (which limits the motoring) than in spring or summer, with very dry asphalt. As for the traffic you may encounter, that deserves a separate chapter. Limousines, buses, sidecars, etc; you can find everything as a mobile chicane. Last but not least, let's not forget the tyres. It is not the same with a Michelin Pilot Sport Cup 2 than with "conventional" tires.


The variables are such that the records achieved are often called into question.

The variables are such that many times the records achieved are questioned. To make matters worse, the controversy is fed by the lack of a body that puts order in all these records, more or less officially and recognized by all manufacturers. And sometimes nobody agrees on where the lap begins and ends. Then there are subtleties specific to each market. For example, the record of the Radical SR8 LM (6'48") as the fastest road car. On the road, that's in theory and because it has license plates (from the UK, obviously), because it's not a road car at all. 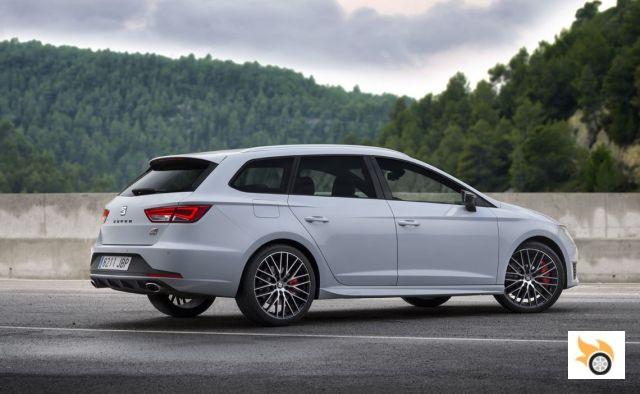 For SEAT, and the other brands that go for records, this one serves to support their credentials and sporting aspirations with facts without having to resort to a full and a thousand times more expensive competition program, in which you have no guarantee of success, by the way. For SEAT, the only brand in the VAG group that goes for records (Porsche is a case apart in the group), it allows it to mark its difference with respect to Skoda and Volkswagen. For others, like Nissan with the GT-R, it's a way of telling the supercar establishment (which cost between 2 and 3 times as much as the GT-R): "I can beat you all and I'm cheaper. You're ghosts."

For brands going for records, this one serves to support their sporting credentials with facts without having to resort to a full-blown, expensive racing program

And that tactic works. At least when the model that holds the record is aimed at a public that is sensitive to these aspects, such as gti compacts or sports cars of all kinds. In the case, for example, of the Range Rover Sport SVR I have doubts about the relevance of its record. Yes, with its time of 8'14" despite its 2,335 kg, it shows that it is capable of going very fast, being the fastest SUV on that track. But, in the end, is the Range Rover customer sensitive to the argument of the record at the 'Ring?

For the time being, records on the Nordschleife will continue to raise more questions than answers and fuel endless and sterile discussions on all sorts of internet forums. As for official records, I only know that Stefan Bellof at the wheel of a Porsche 956 will remain the f***ing master, wherever he is, for many more decades thanks to his unrepeatable 6'11"13.