In the late 1990s, Toyota realised that its typical customer base was over fifty, and that it needed to attract younger customers. It was decided to create a dedicated brand, in the same way that General Motors created the Geo and Saturn brands. It was basically the same strategy as when Lexus was created, to access a different customer, with a differentiated brand.

The brand policy was based on the following pillars:

And all this, with the confidence that can bring a manufacturer with the reputation of Toyota, not exactly bad in that part of the world, despite quality scandals such as the "Pedalgate Case". 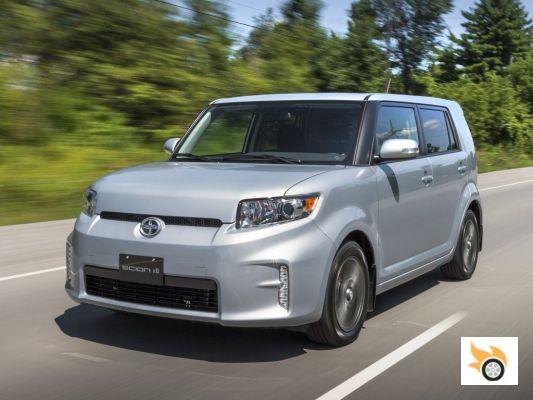 A brief look at the history of Scion

Scion was unveiled in March 2002, at the New York Motor Show, presenting the bbX and ccX prototypes, which would eventually become the xB and xA models, respectively. The product naming policy has always been very original, or excessively original, depending on taste. In 2003 sales began with these two models, starting in California. It took another year for the brand to establish itself throughout the United States. The expansion to Canada came in 2010.

In its first full year of life (2004) 100,000 units were placed on the market, and the peak comes in 2006, with almost 173,000 units. Since then, sales have been falling, until hitting the ground in 2010. Attempts have been made to revive the brand, but the problems of the parent company (natural, judicial and media disasters) affected the freshness of its product. Last year they failed to reach 60,000 units.


Falling gasoline prices are another factor working against the economy cars that Scion used to sell.

The drop in sales, in a brand with low margins, has put Scion in a bind. In addition, the customer base that was targeted in the early 2000s no longer thinks the same as it does today, now the Toyota brand doesn't have the perception of a brand of purists that it used to have. There was no need to continue the experiment. 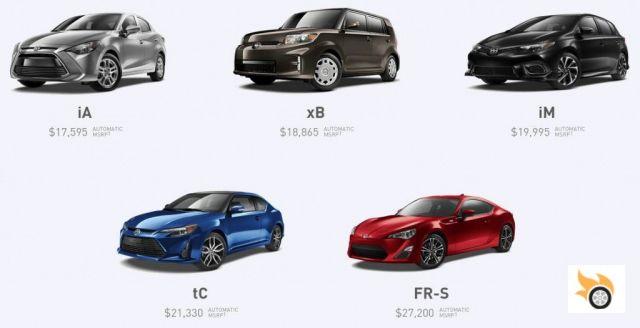 The lineup starts with the Scion iA, which is a rebranding of the Mazda2 sedan, was new two years ago. It is accompanied by the Scion xB, now in its second generation, a car a bit difficult to qualify, based on the Toyota Corolla Rumion from Japan. The cheap coupe is the Scion tC, also in its second generation, which will have no replacement. Although it doesn't look like it, it's a derivative of the European Avensis, but in some markets it's known as the Toyota Zelas.

The xB and tC have accounted for three quarters of the brand's sales.

More than a million Scions have been put on the road since 2003. The FR-S (GT 86), iM (Auris) and iA (with a name to be defined) will survive. Later, the small SUV, C-HR, which was initially going to be marketed as a Scion, will join the lineup. These models will lower the average age of Toyota's North American customer. The average age of the Scion customer was 35 years old.


On the list of failures or misunderstood models we can cite the Scion xD, based on the also unpopular Urban Cruiser/ist, and the Scion iQ, which needs no introduction. In other words, Scion hasn't had any specific development products, they're just rebranded models, nothing out of the ordinary for such sub-brands. 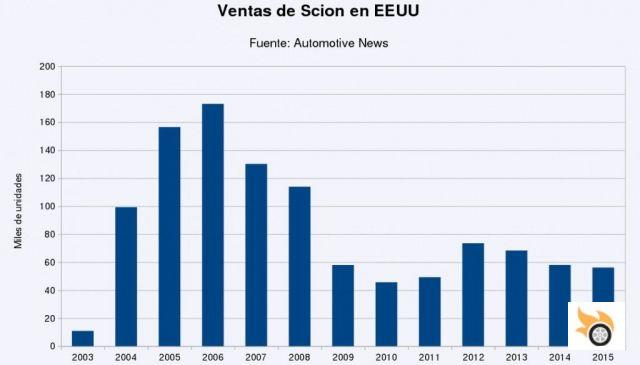 Has Scion been a failure? Depending on how you look at it. According to Toyota, 70% of Scion buyers had never owned a car from the main brand, it had a high win factor. The existing customer base will have no problem with after-sales issues, as the Toyota network will take care of them. The biggest victims are the Scion employees, between those who are laid off and those who have to move territory to keep their jobs.

In the United States, brands of the "Big Three" (Ford, Chrysler and GM), such as Mercury, Plymouth, Saturn and Oldsmobile, have already fallen. The fall of Scion represents the first case of a brand that withdraws from the U.S., being the Japanese owners. For the head of Toyota North America, Jim Lentz, Scion has met its objectives. By the way, this gentleman was the vice president at the founding of the brand.

Possibly, the economic efforts spent on maintaining this brand for 13 years have not been worth it for a million cars with little margin. Or it was. We could only confirm this with internal figures that we don't have.