Not always the best technically is what the customer needs. 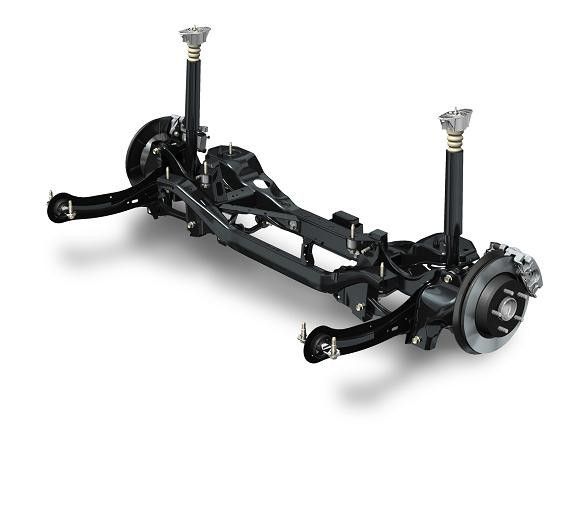 So, why do I come to you with this now? Well, it's a reflection that has been floating around in my head for several months, and I wanted to share it with you. It started with a suspension issue, but soon I realized that, really, it went much further than that.

Reading the comments of many readers before launches of new products of various brands, one can realize, if you follow carefully Autoblog (editor's note: Remember that this report is recycled from our past in Autoblog), that "a compact has to have multi-link rear suspension", or that "having the longitudinal engine" even in a bad position, is something perceived by the customer as "a plus, premium".

But does this match reality? Car brands, like so many other manufacturers, spend a lot of resources on making us need things, creating needs that do not fit what we really require.

Let's start with an example that's easy to demonstrate and easy to understand. When Ford launched the first Focus, it did so with a multi-link rear suspension, elaborate tuning, and a sublime steering rack. The car had a lot of things you might not like, but chassis-wise it was the most refined in its segment to date.

The media went crazy about it, and talked wonders, wonders that were all associated with a single decision: the multi-link rear axle.

It was the great innovation, but it was also a huge slip for many who wrote and associated all the wonders of the car to that type of suspension. Why? Well, because, as you can see in many cars (Megane RS), you can get a sporty rear suspension without having to resort to a multi-link (even if it has its drawbacks in terms of comfort and handling).


But not only that, but also, although we testers, used to driving at full speed, may love the rear behaviour of the Focus MK1, the reality is that the "everyday user", the one who buys the car to go to work, take the kids to school, and go twice a year on vacation, would never realize the difference between having a multi-link or having arms pulled together by a transverse torsional bar.

The problem is that the slogan sells... "Multi-link rear axle". So VAG copied the idea, and implemented it in the next generation of its Golf, and all its derivatives (A3, Leon), with the intention of compensating the difference in dynamics, well, no, in "slogan".

The thing became flawed, because what Volkswagen does with its Golf is always copied by the rest of "followers", and many other brands decided to go down the path of the complexity of the multi-link rear suspension.

Did this improve our daily driving? For 1%, or less, of drivers, probably yes. For the rest... well, that's highly debatable. They had a better tool, a car that, in theory, is more dynamically capable, but often associated with equipment, tires, and engines that didn't match that set-up. They had and have a slogan with wheels, which they can brag about ("look, my car has independent rear suspension"), but which, in reality, they don't take advantage of.

Just put an uninitiated person in two well tuned, 120 horsepower cars, with and without multi-link suspension. The likelihood of the average user noticing any difference, if the spring and damper work is achieved, is nil. As null as you can find colleagues in this world who can't tell the difference between one type of rear suspension and another (in the same way that they don't know what a brake servo is, or which car doesn't have one when they test it and say that the brake pedal feel isn't "optimal").


Another example? Well, the longitudinal engine of the SEAT Exeo. This car, derived from the A4 B7, as you well know, did not incorporate four-wheel drive in any of its variants.

Like so many other things in life, it's not about what you have or don't have, it's about how you use it.

Hanging the engine in front of the front axle longitudinally is one of the worst ideas an engineer can have when designing a front-wheel drive car. Why? Because the weight distribution of the car is worse, and what is much worse, there is much more polar moment of inertia.

What is polar moment of inertia? Think of the car as a hammer. If the engine is the metal part, and the challenge of the car is the "wooden handle", the further the hammer head is from your hands the "more inertia" it has, right? In the end that's what happens with the car.

Placing the engine "lengthwise" makes sense when you want to make an all wheel drive car and mount fat engines, because of space issues. But when you're mounting small four-cylinder engines and you're only going to have front-wheel drive, it completely loses its meaning.

The most curious thing about this issue is that the SEAT Exeo customer perceived the position of the engine (and that's how the commercials sold it) as a plus, when from an engineering point of view it was completely wrong. SEAT would have made a better sedan of this type with the base of the current Passat?


And we could go on like this with a thousand examples of things that the customer doesn't really need, but that are sold as a plus, as an improvement, as a "headline stealer" for the motoring magazines, or for the media elements that create slogans to sell us more technology.

And as it usually happens with many other things (you buy 140€ shoes capable of running marathons in a row, when you go for a 20 minutes run twice a month...), in the end we buy "what they sell us", not what we really need.

So before we criticize the rear end of this or that car "which is no longer multi-link" and therefore "worse than another car", or attribute magical benefits to "special" ingredients like longitudinal engines, let's stop for a moment and think: Do the elements or the whole car matter more? Do I really need that?

Let's judge cars on the whole, and how they meet our real needs, not on their list of ingredients. It's not the first haute cuisine recipe full of exotic ingredients that tastes so bad in the end that it makes us long for our mother's fried eggs with chistorra sausage...

Report originally published in June 2013, rescued for Pistonudos
There are no more rear-wheel drive sports cars because people won't buy them. ❯

add a comment of Not always the best technically is what the customer needs.