There are no more rear-wheel drive sports cars because people won't buy them.

The thing is that getting overall production figures for the BRZ-GT86 pairing is extremely complicated, even asking "whose turn it is" for it, getting the figures is almost mission impossible. We have had to dive into the accumulated production figures of the GT86 and the known ratio against the BRZ (three GT86s are made for each BRZ) to understand the volume of cars that are being produced of this pair and the demand they are having. And the situation is worrying, really. 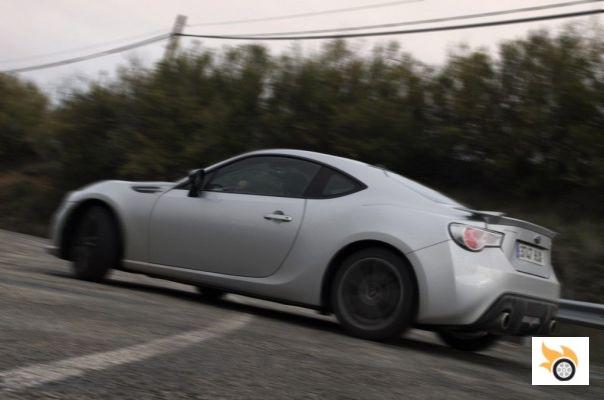 The GT86 (and its Subaru sibling) was born with a thousand spotlights pointed at it. The idea of an economical sports car, which should be between 20,000 and 25,000 euros aroused the interest of many enthusiasts, and when it started to be sold after four years of project and a thousand spy photos, it did so for a price somewhat higher than expected (30,000 euros) and with a little less than what was wanted.

In any case, and although I would have put another tuning to the excellent mechanical base of the car (rigid monocoque, low center of gravity, good weight distribution), the reality is that it was one of the cars, along with the Mazda MX-5, that came closest to the concept of "typical" fun-to-drive machine.

But the coupe days are long gone. Although during the first few months demand was sky high, sales soon dropped. And it always happens with this type of product that the first two years of demand are very high, and then quickly deflates after the novelty, since the first batch of owners has already been done with the car. 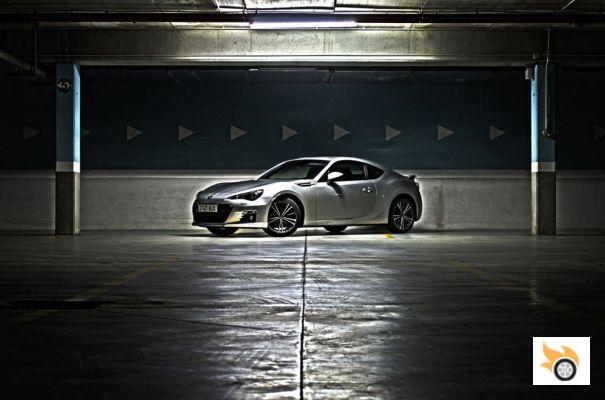 
In the automotive world nothing can be considered a success or failure if it is not relativized. For example, the Fiat Stilo sold hundreds of thousands of units in its industrial run (360,000 cars were sold in its first two years of commercial life), but it turned out to be a black hole of losses for the Italians. In contrast, Koenigsegg makes just a few units a year of its cars and makes money.

The key is to know how many cars the manufacturer has to sell to recover the investment made in the project. And that is usually a tremendously elusive figure to obtain "by hook or by crook". Since we don't have that figure for the GT86 BRZ project, what we can do is compare it with the figure provided by Subaru as the maximum production capacity of the line developed for the car. 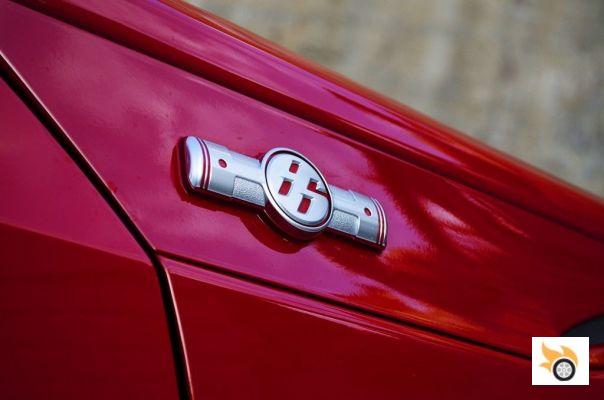 Subaru sized its factory in Japan's Gunma to assemble up to 100,000 units per year of the sibling pair. Generally, for a project to be profitable in this industry, and I speak from the experience of having worked on projects in this sector, the production rate must always be kept above 75% of the maximum designed capacity. But in sports projects like this one it happens that you can choose to size the capacity a little above that figure, to face the first shock of interest and then play with a lower figure to seek profitability. As this is something that all manufacturers know (plus Toyota, which is a money-making machine), surely they took into account the possibility that orders would skyrocket (with a rate of 10,000 orders per month in the first months of the product on the market).


On the other hand, the investment in the project was not really pharaonic either, reusing many chassis elements already developed by Subaru (Impreza), and also engine, so they did not move outrageous economic figures at the time of tackling the project.

If you force me to draw a conclusion I will say that yes, probably the car is selling below expectations, but will not generate losses, and will remain a project (little) profitable as such. For Toyota, which operates under the paradigm that all generalist products have to be profitable on their own, there is also the brand image advantage provided by the GT86, which has acted as a "humble halo" (the expensive halo was the LFA, which was produced at a loss) to enhance the lost dynamic trait of the firm. 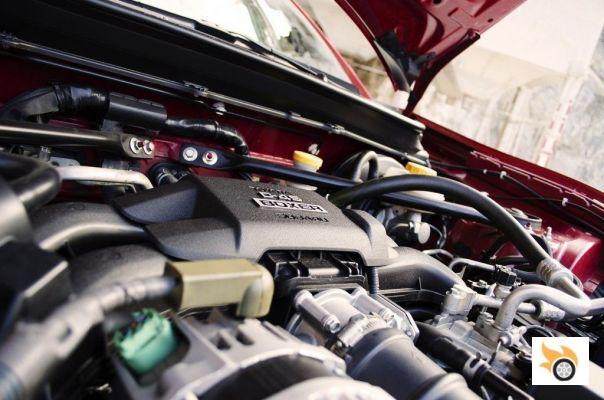 So to consider a project a failure I don't think is correct. But it did set a bad precedent. In Europe we are already experiencing a problem with coupes. And it's something you can feel on the streets. Where you used to see a lot of 350Zs, RX-8s, TTs, SLKs and Z4s being registered, today there aren't any more. In our country it has a lot to do with the crisis, no doubt, but it also has to do with the changing tastes of people who can afford cars of these prices, and nowadays prefer to indulge in a Range Rover Evoque (you've seen a few of these, right?).

When Audi introduced the current generation of the TT, made clear its intention to sell few units, but use it as a "halo" model, while amortized thanks to the price at which it is sold on average (with many optional) and to share platform with other cars. The Scirocco's days as such are numbered, and its most likely successor is a Tiguan coupe... a sort of Scirocco SUV, come on.


Mazda has been selling the MX-5 for years, and is very clear that its business model has to be in amortizing the car with an average production rate of an average of 35,000 to 40,000 units per year over the eight years that each generation lasts. Having Fiat sharing costs with its product should help to make better numbers. And if you think about it and take into account the figures I explained above, this is the area in which the GT86 moves with the BRZ in terms of production volume. The same figures are handled globally by the Audi TT (between 30,000 and 40,000 units per year will be produced of the new generation) while the Z4 moves right now in a much smaller dimensions (15,000 units per year).

Nissan was considering bringing the IDx, the cheap rear-wheel drive coupe, complement of the "Zeta". But finally the project seems to be dead in the water. Many fans are lamenting, but is there really room for a new 200SX/Silvia in the market? The truth is that looking at the cold figures, no, there doesn't seem to be such a gap.

In fact, the current Zeta (Z34) is already struggling to hold its own in the market, with demand plummeting from the Z33, and hovering below 20,000 units per year. Maybe the solution for Nissan is to unify projects, reduce the size of the Zeta's engine and create a product around 30,000 euros for the next generation, which does not spend as much fuel as the current one.

But the reality is what it is: we have what we demand. 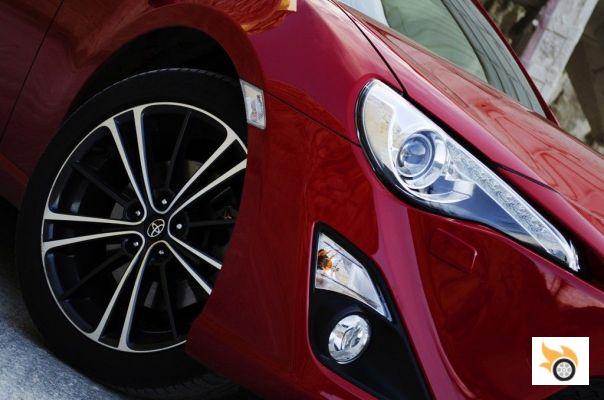 There was a time when you could outline automotive projects that were truly unlike anything else, create a bespoke platform and sell the cars in small volumes, and still maintain profitability. This is the example of the Alfa Romeo Sprint, which, adding up its entire commercial life (from when it was an Alfasud Sprint to the last Sprint), for 13 years, barely reached 115,000 units produced. And yet it was still profitable! (sharing platform with the Alfasud and then with the 33, of course).

Nowadays, economies of scale, globalization and maximization of resources mean that manufacturers only care about covering market niches in which they can place 350,000 units or more over the life of a product. And if not, it is difficult to justify entering there, especially if the price of the product is equal to or below the 30,000 euro zone.

What is the result of this in our everyday life? Well, manufacturers now focus on cars that can appeal to many more people, more varied, less specialized. We have already mentioned this. And with the market increasingly turning to connectivity, infotainment and SUVs, we're heading for a planet full of Fiat 500Xs, Qashqais, Evoques and the like, where automated driving and connecting your phone will be priorities.

At the end of the day, it's worth asking, how many of you have owned a rear-wheel drive sports car in the last few years? Because sometimes you make a lot of claims about a product, but then really even the most passionate people turn their backs on it and don't end up buying it. If we, who are "the last bastion left" of burnouts, are not able to defend that position, who will justify the development of these cars? I'm a former owner of a Zeta, a Silvia, an MR2, an RX-8, a 944 and... and now he drives a "sporty" utility car, yes.

Well, "for a good cause", you already have an excuse to buy your next "brand new" rear-wheel drive car. Tell your wife/husband that it was Guille's fault.

add a comment of There are no more rear-wheel drive sports cars because people won't buy them.