Let's move on to the facts. The last time Opel made a profit for General Motors was in 1999. Since then, $15 billion US dollars have been lost in this part of the world, offset by profits in the clearly more lucrative North American and Chinese markets. Moreover, in 2009, in the midst of the restructuring process of General Motors Corp, Opel/Vauxhall ended up in the hands of Magna/Sberbank, the RHJ investment group or even the Chinese manufacturer BAIC.

After months of speculation and diffuse news, GM decided to keep what it wanted to sell, the conditions and forecasts had improved.

Opel tried to dip its toe into the Russian market, but it didn't go well because of changing political and economic conditions, it bolted in 2015. Invading Russia is a fucked up undertaking if General Economic Winter acts. Because of the consequences of the Russians sticking their noses into the Ukrainian question and Crimea, not to mention Vladimir Putin's macho alpha male chauvinism, came the sanctions. Russians have become poorer and are buying fewer cars. The ruble plummeted. Perfect storm. 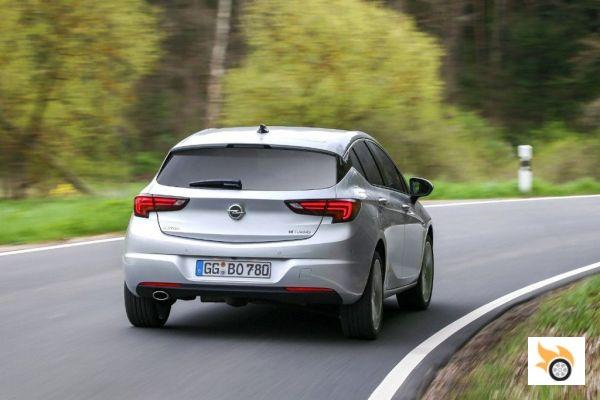 The previous year was to be the year of "break even", i.e. ending the red numbers. It was the result of years of long-distance running by executive Karl-Thomas Neumann (ex-Volkswagen) and his team, in which Opel has raised its market positioning with clearly better cars and in which the more equipped versions have gained prominence. The closure of the Antwerp (Belgium) and Bochum (Germany) factories was regretted, and costs had to be optimized in a more or less painful way.

But the Brexit vote had consequences.

The pound lost a lot of value and that hit General Motors' European division hard. It was initially announced a possible loss of 400 million dollars for this reason, although in the end it has been "only" 300. That loss has been enough to throw away the profit, 257 million dollars in losses were declared. In other words, if the Brits hadn't gone crazy (just over 50%, all things considered) Opel would have made money. And would be on track to make more over time. By the way, GM made $12 billion in North America, it's not a cash problem.


Now forecasts are that Opel won't turn a profit until 2018. That means no money for 18 years, a long time in business terms. General Motors is considering exiting the European market, and I think it's going to be a monumental fuck-up. Yes, in those words. General Motors prefers to focus its business on the markets that make the most money, when the major automotive groups are constantly looking to expand their business to the developing world - the developed world is taken for granted - and even countries that now make up the so-called third world, or underdeveloped, which is more refined.

In 2008 General Motors ceased to be the leading manufacturer, Toyota took over. Now it is Volkswagen, General Motors has fallen to third position, as the alliance between Renault, Nissan and Mitsubishi has not yet managed to combine more vehicles sold, but may do so in 2017. Paradoxically, now that GM is a profitable company and has left behind the ghost of the US and Canadian government bailout - the famous Chapter 11 or declaration of bankruptcy - it wants to continue imploding and leaving its cake on the plate for others to eat. 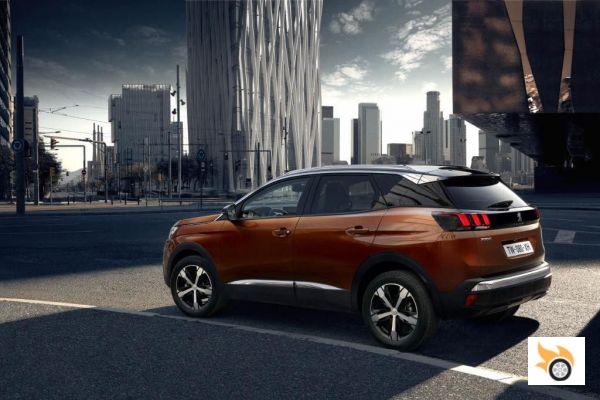 And what about the French?

PSA began to have some serious difficulties from 2012, and ended up needing the intervention of the French state and the Chinese group Dongfeng. PSA has made many changes in a few years, especially accelerated since the former number 2 of Renault, Carlos Tavares, gave a couple of punches on the table. First came the "Back to race" plan and now there's "Push to pass". PSA is looking to expand into promising markets like North Africa, Iran and India, not to mention China, South America, etc. North America remains unfriendly terrain for the French after a business venture that didn't go well, like so many others they embarked on.


If the PSA Group finally keeps Opel and Vauxhall, I don't predict anything positive. Let's see:

Since 2012, both PSA and General Motors have collaborated on several projects and are partly developing joint models. It's one thing for two manufacturers to collaborate at the engineering level, and another to end up fighting for the same customers. Right now, the previous overlap between Citroën and Peugeot has more or less been resolved, and DS is now an independent brand. If Opel is brought into the portfolio, there will be a head-on collision in some segments.

The hypothetical PSA with Opel and Vauxhall represents almost 16% of the European market, i.e. the second position behind the Volkswagen Group.

Yes, the agreement is far from being signed, but if I were a PSA or Opel employee, I'd have them on a string. The unions in France and Germany are already cleaning their guns and sharpening their knives in case they have to protest - nicely - against a decision in which it does not seem that they will be taken into account. On the other hand, Germany has a little piece of Opel, France has a little piece of PSA, and I would not rule out the European Union taking a stand against blessing this agreement. 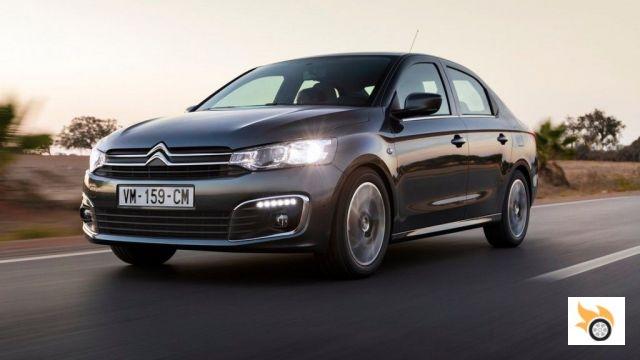 Gentlemen of PSA and GM, there is still time to avoid making a very serious mistake.

More than a few people will think that I am a bold man, that who am I to say anything on this subject. I am just a journalist with a memory. If General Motors took Opel at practically the worst moment in its modern history, and PSA was on the brink five years ago, now is not the time. Opel is on track to make a profit, and the Brexit has touched them more than others because they have factories on both sides of the English Channel and there is an exchange of parts and cars from one side to the other.

If the "Brexit" is consolidated, goodbye to the single market and back to the imposition of a 10% standard tariff between the British archipelago and the continent. PSA must be stoned if, faced with such uncertainty, they are going to buy a manufacturer that is going to be split in two for a season. I almost think it's less of an outrage to close the British factories in the medium term, concentrate everything on the continent, and sell the English, Scots and Welsh Opel rebranded and that's it. The Australians have already had it done to them, Holden cars are almost entirely made outside Australia, and only have "Holden" badges.

PSA has no British exposure in terms of factories, everything is produced on the continent.

Hang on, I'm not finished. If PSA finally gets Opel and Vauxhall there will be a very high impact on the distribution sector, because there are two commercial networks, and obviously more than one will be left over. More job losses, more impact on European economies. At least it must be said that PSA, as usual, does not sell its brands in the same physical space and separates concessions. In short, it aims to reach different people, but it was already like that when Citroën (with and without DS) and Peugeot were taking customers away from each other. 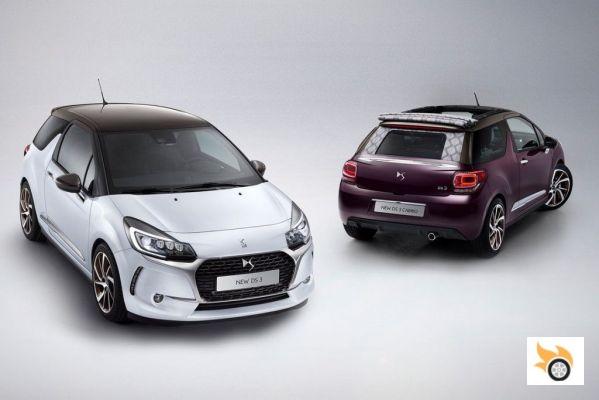 In the medium term, General Motors will no longer work on the development of engines, platforms and so on with the French, what for? The French will lose an important engineering partner, and the Americans will lose another. Recall that some Buick models are actually Opel with some branded tuning, and are sold in the US. When the platforms already developed or about to come out are totally revamped, it will be at a higher cost for one and for the other. Maybe they will continue to work together, maybe General Motors will keep a chunk of Opel just in case, maybe even General Motors will be given a free hand to buy FCA and the US will have two big domestic manufacturers.

I'll say it again, it will be a screw up.

Ford has been very patient and has worked hard not only to avoid a bailout - in the end it didn't need one - but to make its European unit profitable. The Volkswagen Group has tolerated losses at SEAT for several years until the right product range has hit the streets and the brand is finally making money. Opel will make money in two fucking years, General Motors has no need to get rid of Opel. If General Motors keeps slimming down on the same plan that an anorexic wants to do, it will continue to lose prominence in this industry, it's common sense.

Maybe, as on other occasions, I'm wrong in my prediction, and General Motors getting rid of Opel is the coolest thing that could have happened to both the Americans and the French, even if thousands or tens of thousands of Europeans have to go to hell. With or without Opel, General Motors can continue to live off the Chinese and American teat, and that bet had better work out well.

Opel has overcapacity and costs above competitors like Hyundai or Skoda. Fantastic, they have to keep optimizing processes and give Europeans the cars they want. By the way, speaking of that topic, the hypothetical return of models like the Calibra are going to stay not in the air, but in the metaphysical ether or the boulevard of broken dreams (Green Day song). Come on, I put the video clip, I think it's prophetic.

For its part, PSA is a manufacturer in the process of consolidation, which is taking increasingly higher risks to break through, even if it's only by pushing and shoving. The decisions that Carlos Tavares is taking at the moment are the right ones, in terms of product, positioning, financials... Higher towers have fallen. Let's not forget that General Motors dominated the world market -mainly in the USA- for decades, since the years after the Great Depression. Opel has been part of that empire since 1929, coincidence?

Now is not the time for that to go to hell.

Gas station attendant: a profession in the process of extinction ❯