Before I go any further, I would like to clarify to the confused reader that in order to sell a car in the European Union it has to comply with a basic UN/ECE regulation, which specifies - among many other things - what level of safety it must have. That is mandatory, passing EuroNCAP is not. What is EuroNCAP? A consortium of autoclubs and companies that publish safety ratings to advise people who want to buy a car, the acronym NCAP stands for just that. It's not a requirement, it's just that we've given it importance over the last 20 years.

Rolls-Royce is a brand owned by BMW that builds some of the most luxurious cars in the world in England. This brand can make a car entirely to the taste of its customers, the only limits are legality and imagination. Yes, you can order a Rolls-Royce Ghost with a paint colour that no one has ever used before, have leather in the same colour as your favourite designer clothes, wear a watch that is worth the same as the car, have the roof decorated with a constellation of your choice using LEDs, a minibar fitted with Moët Chandon bottles, etc.

In other words, Rolls-Royce makes works of art in the shape of a car that you can drive. 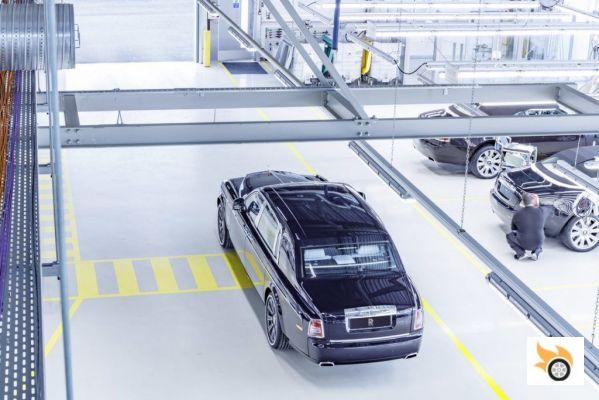 However, not all of the car is unique and unrepeatable art. The car bodies are made in Germany, from the same steel plates, with welding done by robots and with some standard components, such as brakes or engine. The craftsmen take care of everything that is the final product, the look n' feel if we get posh, but their work has little influence on safety or homologation issues. There is a previous certification work where tests have been done by specialized laboratories, where graphic material is generated, telemetry of the dummies and the necessary documentation for homologation.


Rolls-Royces benefit from many of the BMW Group's technologies, although a 7 Series probably has more advances because the development and commercial life cycles are not the same. What's more, BMW's 7 Series is produced in far higher numbers than the Rolls-Royce - roughly 10 7 Series are sold for every Rolls-Royce. Both vehicles are in the F-segment, but Rolls-Royce is a luxury manufacturer, BMW is more of a premium one step below.

Below we can see a video with BMW's internal crash tests, the ones that the manufacturer performs during the development of a car to verify that its engineering is correct and that the expected results are achieved. These results are designed to greatly improve the legal minimum required. This footage is offered by BMW because they want to, nobody demands it, and it is part of the communication through social networks. 10-15 years ago you could only see this material being a motor journalist, or if a professional in the industry made it public. Subsequently independent tests are made to be able to sell, as I have already indicated previously.

Now, if we go into Rolls-Royce social networks we won't find anything remotely similar. You'll find videos of the craftsmen at work, of how the bullhide sections (which have no grooves or imperfections) are cut to the millimetre, or of how a picnic set worth several thousand euros fits into the boot, complete with silver cutlery and the owner's heraldic shields.

Rolls-Royce cars have to pass the same tests that the regulations require, just like the 7 Series, but they don't have to be made public. EuroNCAP doesn't buy Rolls-Royce cars to blow them up in crash tests, it doesn't make much sense to spend a million euros to give these cars four or five stars, mainly because very few of them are driven in Europe every year. They are very expensive cars, of very low volume, and which do not cause social alarm because of their accident rate.


No, the manufacturers are not obliged to donate cars to EuroNCAP, the IIHS, ANCAP, etc.

A priori some data are worrying: they weigh more than two tons and have 12-cylinder engines with which you can go 200 km/h without batting an eyelid, with 500 hp on average. In other words, they can have as much power under the bonnet as a couple of EMT buses. However, unless we watch videos of the Gumball 3000, with some retarded millionaire who has a bag full of bills to pay fines on a "run", these cars are not an objective danger to society. 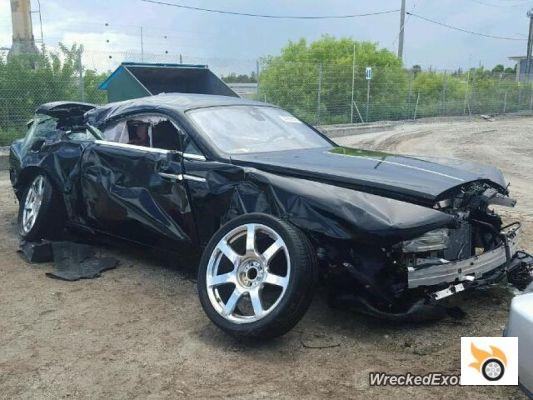 Here's the only way to see a wrecked Rolls-Royce: on Wrecked Exotics or similar websites. This example of the Wraith suffered a "high speed" rollover, and there is little structural damage to the cabin. I would be about to say that the Wraith is as safe as can be expected in a modern car and the know-how of an institution like BMW. I insist that it does not seem to me to be a brand that the authorities should be concerned about because of its dangerousness.

Instead, the statistics tell us that there will be accidents galore involving Ibizas, Astras, C4 Picassos, Qashqais, Mondeos... for the simple reason that they are sold in their hundreds of thousands, the roads are littered with them and, although they have far less power, they are not driven by professional drivers in suits with an appreciation for their jobs. Surely the only way for a Rolls-Royce to be the least bit dangerous is for a valet to want to pay tribute to it before being fulminatingly sacked the next day.


I was asked on Twitter by a couple of gentlemen these and other questions - why is it relatively easy to find safety data or crash test photos/videos of Audi A8s, BMW 7 Series or Mercedes-Benz S-Classes? They sell in much higher numbers and the clientele is different, it may be relevant to offer that data for the sake of comparative advertising. Rolls-Royce doesn't need to. Neither does Bentley or other competitors. They are cars that are desired for their high level of luxury, refinement, exclusivity, uniqueness... and safety is taken for granted, like "if you eat too much you get fat" or that it will get dark at some point today.

There are data on active and passive safety of these cars, but there is no legislation that requires them to be made public.

What's more, manufacturers like Rolls-Royce are not overly concerned about issues like autonomous driving, as the typical luxury car customer can afford a chauffeur (even a full-time one) and they already have the "let the car drive without my effort, and when I want it to" feature. Maybe in 10-20 years that will change due to generational replacement of the clientele, and yes, a self-driving luxury car will be desired. At the moment that's not the case.

Back to the initial question, yes, Rolls-Royces are as safe as any modern car in the same class, in the specific case of this brand, comparable to BMW's 7 Series. Craftsmanship is not used in the heart of the car, which is standard, complies with the applicable legislation and there is nothing to reproach it for. That Rolls-Royce doesn't want to show off cars with the slightest blemish is totally respectable and understandable. In how many video games can we drive a RR and cause damage to it? Not in many, in fact, I don't know of any (always talking about the original game, not with mods, skins, etc).

You can reproach RR for not having all the safety systems that are now available in the 7 Series, ok, but none of that is legally enforceable. It's as irrelevant a detail as the fact that a Ghost Series II (2014) only had a 20.5GB hard drive for storing music. You have to put yourself in the shoes of a guy who can spend half a million euros on a car with a few extras, the concerns are not the same.

Nor should we go to the opposite extreme, that of someone who thinks he is invulnerable because he drives a Rolls-Royce. Neither this manufacturer nor any other on the face of the earth guarantees survival in high-speed collisions. Volvo has a vision of 0 accident rate in a few years, but people are still dying in Volvos (the numbers are down, but not zero).

They are out of the ordinary cars in some ways, but in other ways they are not, they are just cars.

In this life you shouldn't generalize, and yes, we can find stupid people with money to buy a Rolls-Royce and they can be dangerous to drive, so would be any other car of equivalent mass and dimensions. In general, these cars are difficult to see, and of course it is quite a sighting -like a UFO- to find one of these cars stopped on a roadside with the Guardia Civil asking for the papers.

Rest assured, they are safe cars, both for their occupants and for others; not much more, not much less, than the "state of the art" allows. Maybe someone wonders if those big, square calandras are dangerous in case of being run over. I don't know, in any case, I'm much more worried about being run over by an SUV of any generalist brand, more than anything else for a simple matter of probability.

Are cars more expensive now than they were thirty years ago? ❯