What has happened to Formula 1 and its spirit? 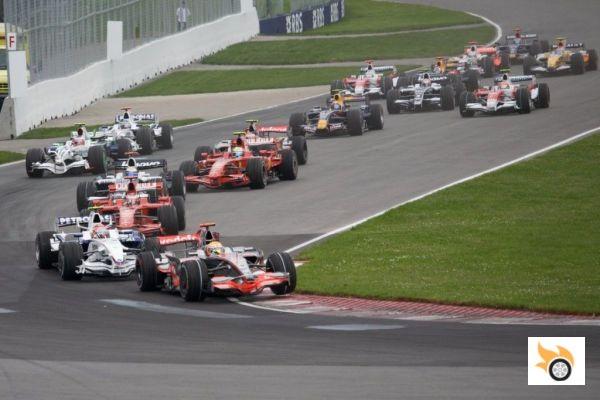 Possibly the best proof that we can find of this loss of interest in this competition are the television audiences. We already know that in Spain the audiences went up like crazy because of Fernando Alonso's second championship.

And I bet there will be fans who think that this loss of interest only occurs in our country, due to the professional situation that the two Spanish drivers currently competing in this category are living: on the one hand we have a Fernando Alonso who shows race after race that he is still one of the best drivers on the current grid but who competes weighed down by a McLaren-Honda lacking speed and reliability and, on the other hand, a Carlos Sainz who gives flashes of quality and talent but whose Toro Rosso is not at the same level.

Another aspect that has a great weight on the audiences in Spain is the disappearance of free-to-air broadcasts since the exclusive purchase of the rights by Movistar. Since this season, fans are forced to hire a pay TV, watch the Grand Prix in cafes and bars or resort to methods of dubious legality.

You might think that the loss of interest is only in Spain, but the drop in audiences is occurring globally.

What about worldwide? What is the situation? Surprisingly, the situation in Spain can be extrapolated to the rest of the globe, as according to the British portal F1Fanatic, F1 has lost a third of its audience since 2008. Thus, it has gone from 600 million viewers during that year to about 400 million in the 2016 season. What's the reason for that worldwide nosedive?

Let's go back 11 years... Back then, fans were enjoying F1 with inefficient and noisy 3-litre naturally aspirated V10 engines, and the constructors were already working against the clock to get the new V8s ready for the 2006 season. The tyres fitted to the cars were supplied by two different manufacturers - Bridgestone and Michelin - with different levels of compound hardness and different characteristics that either benefited or disadvantaged the teams depending on the weather and tarmac conditions. The pit stops were long, much longer than the current ones, mainly due to the refuelling that took place during the Grand Prix. Do you remember all this? It seems like yesterday but it's been a few years.


Nowadays, in 2016, we have a 1.6 turbocharged V6 with a hybrid system that makes the cars faster without neglecting energy efficiency. But for the fan, F1 today moves at the same speed as it did 5, 10 or 15 years ago. The differences are barely noticeable except for data such as lap times, because even the top speeds are similar. However, there is one factor that significantly changes the perception of the Grand Prix from the outside; that is none other than the sound. F1 has gone from the sharp V10s spinning at almost 20,000 RPM, to V8s with a sound that had little to send to their predecessors to end up with hybrid V6s, which leave much to be desired in terms of sound. Proof of this is that the FIA has introduced desperate measures that seek to increase the decibel level of the single-seaters, even testing some trumpet-shaped exhaust tips, without much success.

The introduction of V6 hybrid engines has not improved a situation that is already becoming a cause for concern.

On the other hand, the single-seaters run on Pirelli tyres which, despite having different compounds on paper, in practice have practically the same duration, with some units completing 30 or 40 laps on a soft tyre that 10 years ago could have been a qualifying tyre.

Another factor contributing to the loss of interest are the pit stops. For a few years now, pit stops in Formula 1 have been ultra-fast, with between 2 and 2.5 seconds being enough to change all four wheels on the car, leaving the teams with little room for error. Refuelling, banned since 2008, has meant that the drivers are more concerned with fuel consumption and mechanical conservation than with lap times and speed, the essence of racing and primitive F1.


Let's not forget the progressive loss of the importance of the driver in an increasingly technological Formula 1. If we look at the starting grid of the last Grand Prix we can see that we have the two Mercedes ahead, followed by the two Red Bulls, the two Ferraris, the two Williams... There are practically no differences between the two drivers of the same team, but the differences between cars can be measured in seconds. This year, as in 2015, the fish is already sold.

We only need to know if it's Rosberg or Hamilton who will win the race. Nothing to do with the 2006, 2007 and 2008 seasons. In the heyday of the V8, the world championship was decided in the last race, often between drivers from different teams. Who does not remember the 2007 Brazilian GP? McLaren arrived with a great internal fight for the world championship between Alonso and Hamilton, until, finally, Raikkonen takes the title with a margin of only... one point!

One of the aspects that also contribute to this loss of spectacularity and interest is the increase of safety in the Grand Prix. Yes, the over-zealousness in protecting the riders is reducing the spectacle, a fact that can be understood with a simple example: until not too long ago, Grand Prix could be held in the wet, even with heavy rain lashing the circuits.

Nowadays, however, GGPPs are delayed in the event of rain, with starts being made behind a Safety Car that remains on track until the track dries out, as in the case of the embarrassing spectacle of this season's British Grand Prix, when the Safety Car retired after the first five laps of a GP that could have been run on intermediate tyres. This minimises the potential for surprises in wet races, with the usual front-runners taking the top places. Why invest resources in developing extreme rain tyres if the Formula 1 cars never race in these conditions?


Be that as it may, in spite of falling audiences, the superiority of one team and the continuous criticism from the media, fans, teams and even drivers, F1 is still under the tutelage of the FOM and the FIA, hoping that with the change of regulations next season the trend of recent years will be reversed. Wider tyres, lower and wider wings... All the fans are anxiously waiting for these changes to take effect, and that little by little Formula 1 will return to the place it should never have left, the premier class of motorsport.

And you, what do you think?

What does the future hold for the Lexus CT 200h? ❯

add a comment of What has happened to Formula 1 and its spirit?