From there we bring you the Golf GTE Sport, a concept that serves as a preview for several key aspects of the Golf's immediate future. On the one hand, aesthetically, although it has a lot to do with the Vision GTI and other prototypes derived from the "Golf" essence, its look and its headlights help us to see where they are going to go with the imminent renewal of the German compact, which will change its aesthetics in the coming months to renew itself. 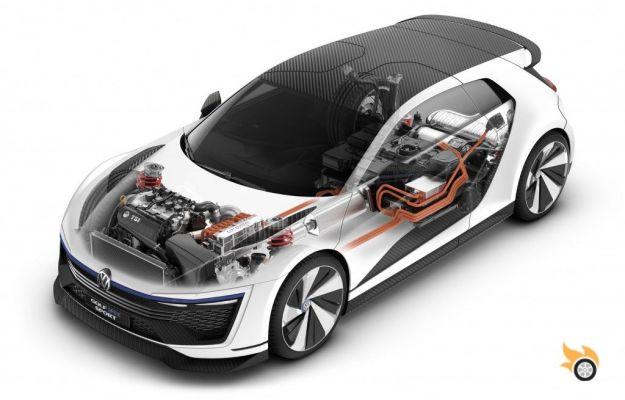 On the other hand, the GTE Sport is a step beyond the hybrid concept already shown in the current GTE. It combines the 1.6 direct injection and turbocharger used in the Polo WRC with an electric system to reach, in total, 400 horsepower.

0 to 100 in 4.3 seconds, a top speed of 280 per hour and an average fuel consumption of only two litres per 100 kilometres are the "official" figures stated in the technical specifications, where it is often said that "paper holds everything". 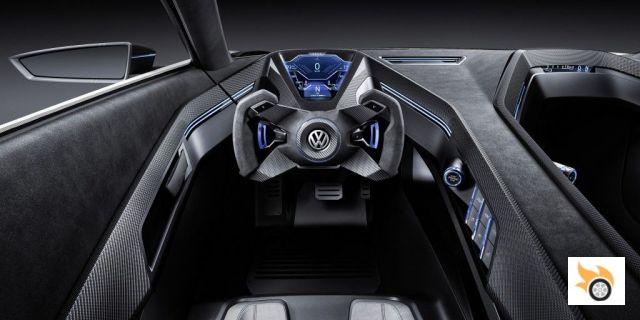 The car is all-wheel drive, with two electric motors, one per axle, and the combustion engine exclusively associated with the front axle. This Golf is also capable of moving completely electrically, reducing emissions in low-speed transfers.

Aesthetically, the car draws attention with its doors opening in élitro and its "three-dimensional" details in the format of the "floating" C-pillar, which we have seen several times in several prototypes of the Golf, but we still think we will not see in the production car (German things). 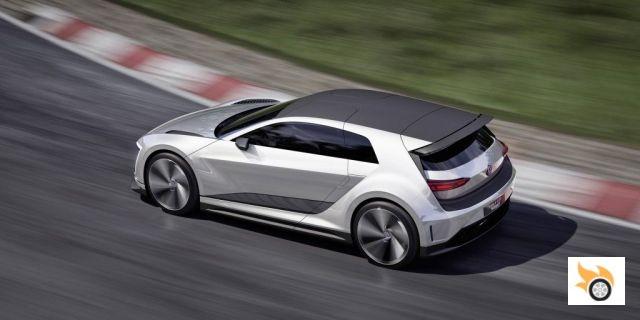 Things as they are: Cool, cool. But seeing so much for so little to turn into reality is... it's like a coitus interruptos. Now, at least you'll be able to give your opinion about the new front and rear design of the imminent Golf restyling. Personally, I like the rear lights, but the front lights... I don't really like them. Opinions?


Volkswagen is proud of its new W12 ❯